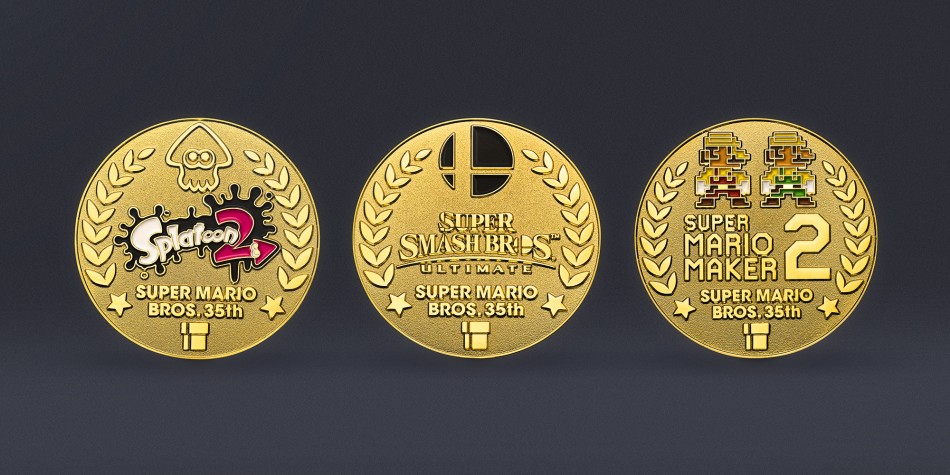 There are a total of 400 special collectible medals that will be distributed across three in-game challenges involving Super Smash Bros., Mario Maker 2, and Splatoon 2.

The top players from the Super Smash Bros. Ultimate: European Online Challenge – Super Star Showdown will receive a gold medal with the game’s logo engraved on one side and the Super Mario Bros. 35th anniversary logo on the other.

The Super Star Showdown event is scheduled to take place this December but doesn’t have a specific start date yet. The last European Online Challenge event was the Throwback Throwdown in October.

You can also try to get a medal by being on the top team in one of the other events. The first Challenge event is Super Mario Maker 2’s special 35th anniversary-themed Ninji Speedrun course, which will happen from Nov. 18 to 25.

The top 100 players who manage to set the best time on this special course will win one of 100 medals with a Super Mario Maker 2 engraving. If you miss both of those chances to get a medal, you can also participate in the Splatoon 2: Super Mario Bros. 35th Anniversary Splatfest in January 2021.