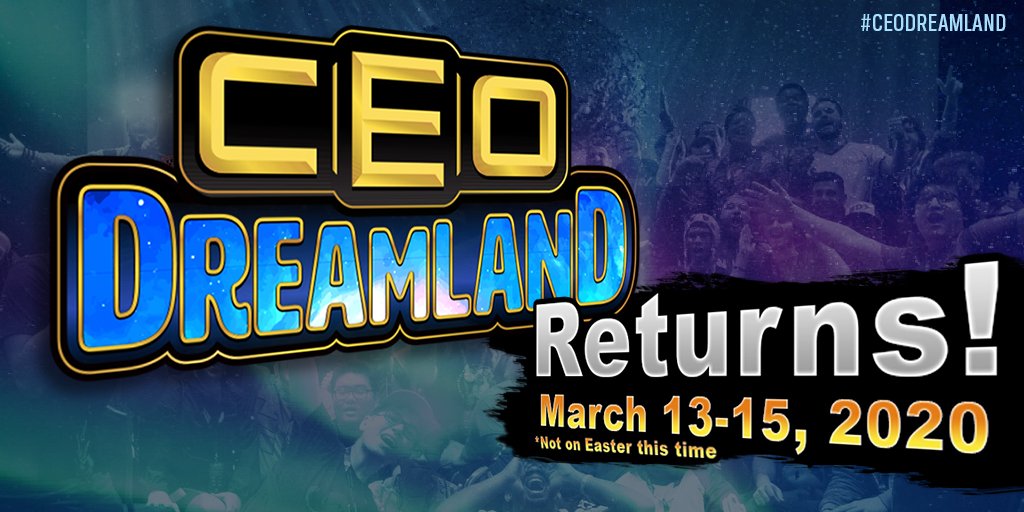 Months before the CEO 2019 Fighting Game Championships even begin, the tournament organizers are already preparing for 2020.

CEO Dreamland is making its return March 13 to 15 at the Wyndham Orlando Resort in 2020, the organization announced earlier today via Twitter.

This time, CEO is hosting the event over most people’s Spring Break and giving people ample time to prepare their trips out to Florida. The move from Easter weekend to Spring Break will likely let more of top Smash players avoid conflicts and join the competition.

As of now, players and viewers alike can expect another high-level tournament for both Melee and Super Smash Bros. Ultimate. There will probably be events for the other Smash titles and according to the CEO Founder Alex Jebailey, applications for side events will also be opening up soon.

Both Brawlhalla and Rivals of Aether were side events back in 2017 for fighting games. Arms and Splatoon 2 were also featured on side stages.

It is unclear when registration for the actual main tournaments will open up, but CEO 2019 will be happening at the Hilton Daytona Beach Oceanfront Resort in Daytona Beach, FL from June 28 to 30.