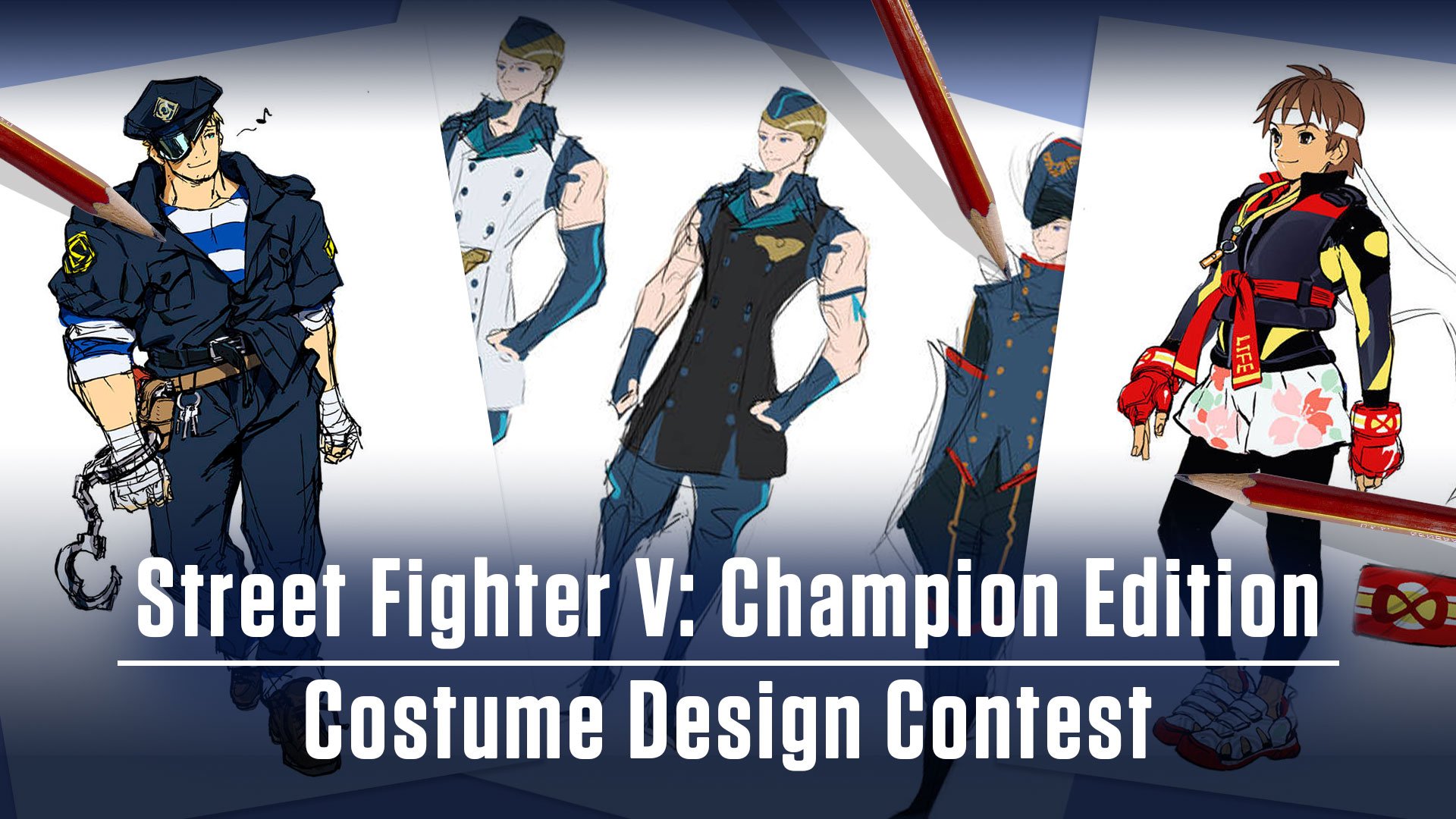 Capcom is already well into development on new content for Street Fighter V: Champion Edition, but it has also opened up a design contest for fans who want a chance to create something for the game.

The Street Fighter V: Champion Edition Costume Design Contest on top of being a mouthful will let anyone submit their art to Capcom for a chance to get their outfit turned into an in-game costume.

The developer will be selecting its top picks and letting the community vote for two outfits that will be featured in an upcoming SFV DLC. The contest begins on May 27 and will run until July 21, with all submissions being sent in through different emails for each region.

And speaking of regions, there are different rules and conditions for each area of the world, split into EMEA (Europe, the Middle East, and Africa,) Americas, Asia, and Japan. Each region has its own separate rules that must be followed in order to compete, but one of the oddest that has been picked up on is one little tidbit for the Canadian Terms of Service.

According to Capcom’s listing, anyone who enters the contest from Canada will need to complete a math question in order to claim their prize should they be one of the winners.

“If a Canadian resident is selected to win a Prize, that person must also answer correctly, within a 5 minute time period, a mathematical skill-testing question, without the benefit of any calculating devices, before the Prize will be awarded,” the Rules and Conditions listing says. “Other laws of the country where an Entrant resides (outside of Canada and the U.S.A.) may also apply to the Contest.”

This might seem odd to some, but this is something that has been in place for some time in Canada and is used as a way for any sweepstakes to be viewed as legal.

Normally, a lottery or sweepstakes would involve three independent yet relevant factors, being the listed prizes have some form of value, the sponsor of said contest benefits from the sweepstakes financially, and the winner is chosen at random. But in order to keep those contests from being viewed as an illegal private lottery, you must remove one of those factors, which is usually done in the form of sponsor benefits in the United States, according to contest website The Balance Everyday.

For Canadian contests in that vein, however, luck can’t be the only deciding factor. Instead, the laws presiding over sweepstakes require some form of skill-based element to be applied regarding the winner to legitimize it.

There are a lot of variations that have been used to fulfill this requirement, but a simple mathematical testing question is the minimum requirement for any company running a contest like Capcom is. Technically, because this is an art-based contest there are some loopholes that the developer could have taken to avoid using the skill questions since art is considered a skill, but it was probably easier just to agree to slapping a math problem on the end if a Candian entrant does win.

Along with a full list of Rules and Conditions for all regions, you can also view the entry specifications and contest email information on the official Capcom website.

The contest will accept entries from May 27 to July 21, with community voting for the two winners set to begin on Aug. 17 and run until Aug. 31. The winners will be announced in September, but date for the final reveal could be pushed back if Capcom deems it necessary.