Big Bird: “When you switch to a new character, you are never comfortable in all of the situations”

He might not have won, but Big Bird made a statement at Evo 2019. 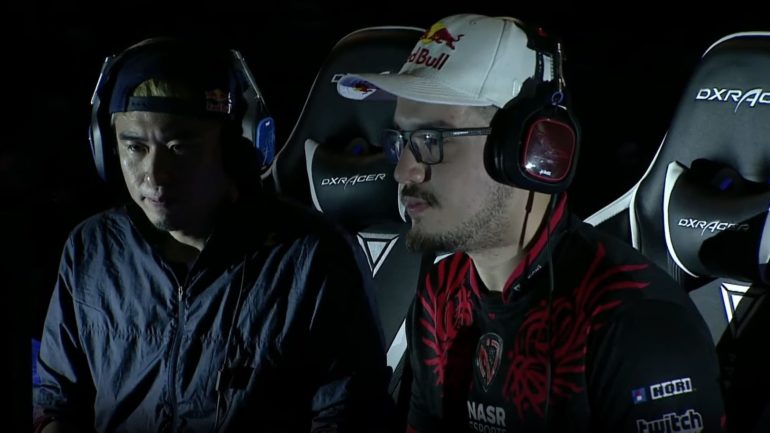 Adel “Big Bird” Anouche is one of the younger stars of the Street Fighter community. The 21-year-old has been competing since the later Ultra Street Fighter IV days and has consistently shown he can hang with the top players in the world.

This was his third time attending Evo, having placed 33rd back in 2017 and 97th last year, and his improvement was staggering. Having bested the likes of Atsushi “Fujimura” Fujimura and Masahiro “Machabo” Tominaga just to make it into the grand finals is a testament to how difficult his run was at Evo 2019.

Following his loss to Masato “Bonchan” Takahashi in the grand finals, Big Bird sat down with Dot Esports to discuss his toughest opponents, growing as a player, and his goals for the Capcom Cup.

This has been your first year maining Rashid after being a Ken main for so long. How does it feel bringing your new character to what most consider the biggest stage in the FGC and showing that you are arguably the best in the world with that character now?

Big Bird: I feel a lot more comfortable with Rashid this year. Last year, he was kind of hard to main because when you switch to a new character you are never comfortable in all of the situations and against all of the different styles. You need to be prepared for every different style you may face and a lot of situations, so last year I was not very confident even though I managed to qualify [for Capcom Cup] and win a Premiere [tournament].

This year, I feel much better. Even before I started traveling, I feel like I am in much better form this year. I am very happy with how I have played so far this year, especially here at Evo because I kinda expected myself to be nervous, but I was very comfortable, which I think showed. I think it really helped that I had momentum on my side. Coming from losers, I constantly had to win to keep going, which kept me sharp.

And touching on that momentum, after your first match against Machabo it looked like you were really feeling yourself. Fujimura was really your toughest opponent before Bonchan, but once you got that confidence behind your play did it feel like anything could stop you?

Yeah, I think it was pretty clear that Fujimura was my hardest matchup because, well he is Fujimura and is just really good against Rashid. I kind of got lucky because I had to face two Zekus. Those two Zekus were really good, especially YangMian, but they don’t have the same level of experience against Rashid that I have against Zeku because [Amjad “AngryBird” Alshalabi] is my training partner and he is one of the best Zekus in the world, arguably the best.

I play with him every day so I came in prepared for that matchup and they didn’t have that same confidence because they don’t have much of a chance to practice against Rashid. So it helped a lot that the two players I had to face were Zekus.

Going into a bracket like this top eight, do you know exactly what you are getting into matchup wise for each player you go up against?

Last year, especially because I still played Ken, I used to get really worried because he has a lot of bad and even matchups that required me to battle uphill a lot. But since switching over to Rashid, he doesn’t have any really bad matchups. They are almost all even or he wins, so no matter who I face in the bracket I never look at the matchup, I always look at the players.

If the player is strong and their character is strong as well, then I know the match is going to be trouble. But most of the time I don’t even look at the character, only the player because of Rashid. Rashid is one of the best characters in the game and doesn’t lose matchups often, which helps boost my confidence.

The side of the venue that was watching Street Fighter nearly exploded when you qualified for top eight on Saturday. After that, there was just an amazing outpouring of support for you from top players and other people on social media. Can you describe that feeling of qualifying and knowing so many people were rooting for you?

It was almost surreal, I was nearly emotionless and I couldn’t really think. It had been a long day, I was tired, I had a couple of Red Bulls, and my heart was racing. It felt very rushed but I was super happy about it and could barely talk, I was speechless. When I left the stage I even had to rest for a bit just to realize what was going on.

I was super happy I was able to make top eight especially since I haven’t been to many Evos. I managed to not get ninth because getting into top 16 winners and getting ninth place is just the worst because you would have to go 0-2 and miss two chances to get into the top eight. I was kinda sad I lost in the winner’s side, but like I said I was speechless until about 30 minutes later or something when it hit me.

What is your focus now that Evo is over? Is there a specific tournament or another aspect competitive wise that you are turning your attention to now?

Well, I plan to do well at as many events as I can and getting second at Evo doesn’t really stop or change anything for me. I want to keep improving, and you always want to keep doing that so you can keep hanging with the best. This second place really boosted my confidence and I think it is really going to help me.

Right now, since Evo is done, my focus is on Capcom Cup since I am most likely qualified. At Capcom Cup I have had two bad years, losing right away in the first two games. So I kind of want to change that this year and hopefully do well.