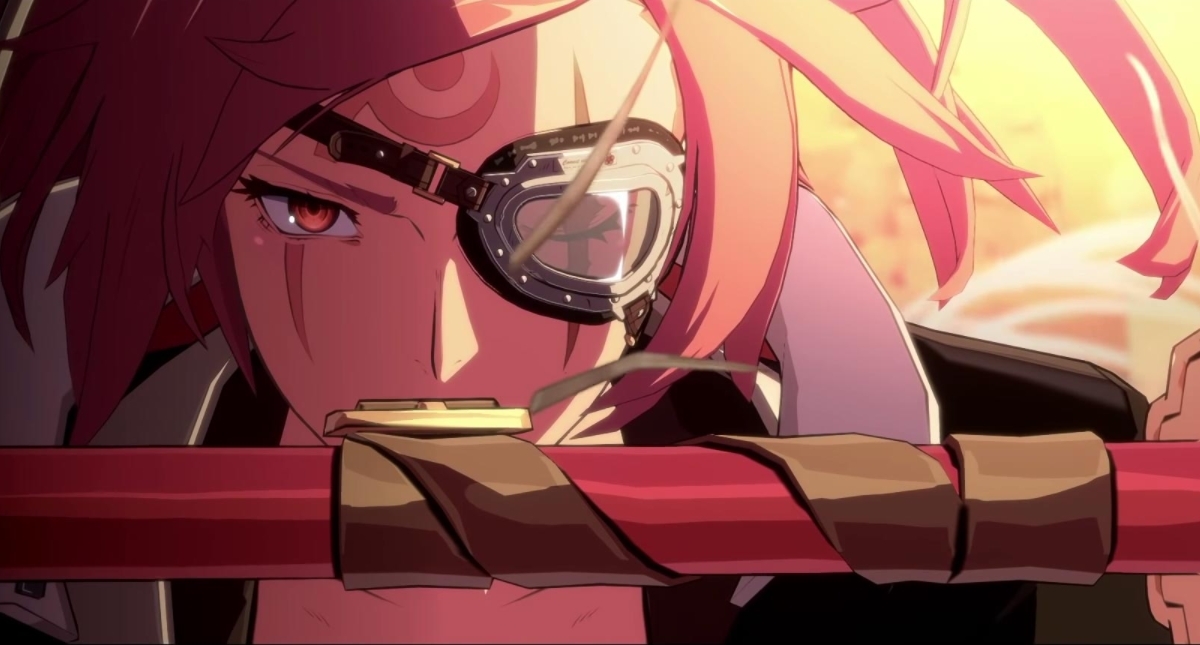 Right after K7 Showoff finished an incredible run to win Guilty Gear Strive at CEO 2021, ArcSystemWorks dropped a surprise reveal for the game’s next DLC character—Baiken.

The announcement was a big surprise, especially since Baiken was just added as DLC to Samurai Shodown in August and ArcSys just released Happy Chaos at the end of November. But ending one of GGST’s biggest tournaments with a hype DLC reveal for 2022 had fans going wild.

Baiken is one of the most popular characters across the entire Guilty Gear franchise, and will be joining GGST as the fourth DLC fighter from Season Pass 1 in January 2022. This lines up with the DLC timeline we were given around GGST’s launch, and the fact that ArcSys confirmed Happy Chaos would be the last character released in 2021.

We don’t get any actual gameplay as part of the teaser, but we can likely expect another trailer to drop later this month or in early January to show just how this new iteration of Baiken will handle. Just like with many of the other fighters, her moveset should be a mix of old and new attacks that ArcSys feel make sense for GGST or are iconic to the one-armed samurai.

There also wasn’t a set release date for the character yet, but considering GGST’s current track record, she will probably drop closer to the end of January. Additionally, we know that Baiken will launch with a new stage, leaving just one more DLC fighter, stage, and added story content left to launch at a later time in 2022.