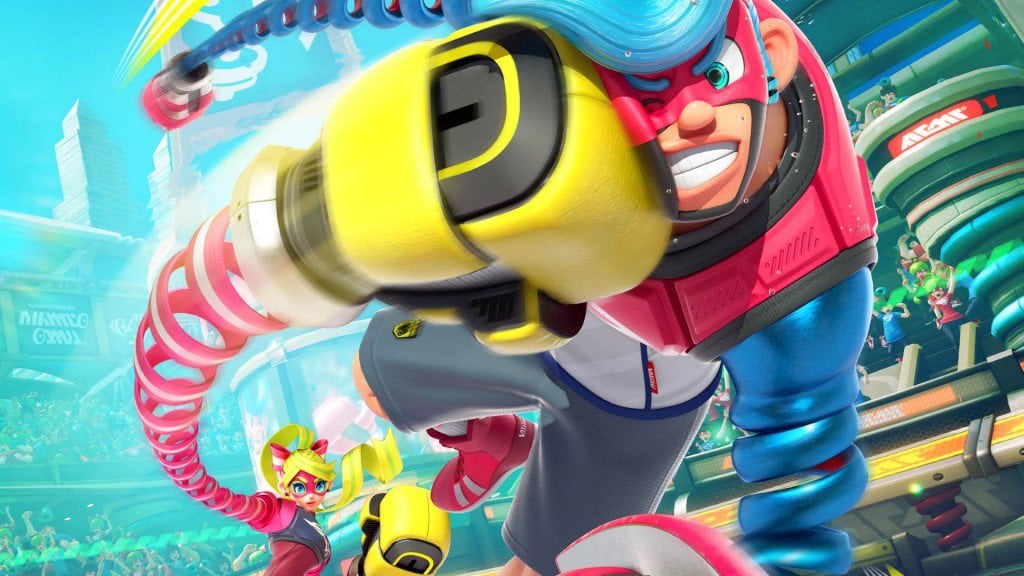 Nintendo is taking the rockem-sockem robots idea and creating a fighting game around it. Surprisingly, not only is it fun but also incredibly competitive. So what exactly is ARMS?

A new Nintendo intellectual property is a momentous occasion in the gaming community. Super Mario, Legend of Zelda, and Pokémon are just some of Nintendo’s franchises that have gained critical acclaim with players and fans alike, and ARMS is no different.

So what sets ARMS apart from other fighting games? It may look like your typical Nintendo party game, but ARMS has much more depth than first anticipated.

In the game, you control one of a host of characters with stretchy arms, which extend to hit your opponents.

The aim of the game is simple: Hit your opponent until their health bar is depleted, and before they empty yours, to win the game. That, however, is the only simple thing about this game.

In ARMS you are given ten different fighters to choose from. Each have their own unique playstyles, abilities, and health to set them apart from one another. The developers have also given each character three weapons to help distinguish their individual styles of play.

The game uses two main control methods. Motion controls allow them to physically punch their opponents in the game. There is also the standard analogue controller with actions and movements performed with standard button controls.

What matters most in a match is movement, and we found that directional buttons were easier for high-octane fights. Strafing, dodging, and combos were easier to do on the controller due to the finicky motion controls.

Check out these arms

Each weapon is distinct enough that you’ll know which one your opponent is using in a fight. Individual arms work differently, with some acting as a projectile while others circle behind your foe for a sneak attack.

Every weapon has different classes: Light, Medium, and Heavy. The heavier the weapon the slower it moves, and the more it leaves you open to being counterattacked. The heavy weapons, though, can negate incoming light and medium weapons, cancelling them out completely. It’s a simple case of high risk, high reward.

When a player charges their weapon, either by guarding or by being hit/at low health, the weapons can gain elemental attributes to give you an edge in battle. Fire weapons burn for small damage, electric weapons stun, ice weapons freeze players to slow movements.

Mixing your weapons is the key to victory. For instance, the character Helix can use a shield—he is the only one of the ten fighters to have this ability. He can combine the shield with a weapon that can jump over it and play out a defensive strategy in a fight. Players can mix and match these weapons to suit their playstyles and create devastating combos.

Players should not rely on using the same glove, however, as each arm has its own stamina bar that depletes the more it’s used and the more hits that it takes from an enemy. When the stamina bar is depleted, you cannot use that glove for a certain period of time.

For those stepping into the colorful world of ARMS thinking that this is going to be an easy game to pick up, we’re sorry to disappoint you.

ARMS is a rewarding game. If you go into a match flying random punches at your opponent then you’re going to struggle. Take your time, observe what your opponent is doing, and strike when they are unable to defend themselves.

Throwing a punch towards your opponent leaves you vulnerable until the animation completes. You are unable to dodge, block, or jump (unless in the air), which leaves you wide open for counterattacks.

There is an obvious skill gap between players, with only a select few reaching the highest ranks. For example, the character MinMin is a slippery personality that can use ranged weapons that shoot lasers at foes from afar. The objective is to keep as far away from opponents as possible, so that a player can react easily to an opponent’s attacks, due to the distance between the players. She is easily countered by characters such as Kid Cobra, who attempt to get up close and leave their opponent with little time to react.

ARMS is a clever game that brings something new to the simple boxing formula. Those seeking to master the game will find it harder than they initially thought, but will enjoy every frustrating fight they get into.

With more free DLC on the way, including new characters, stages, and weapons, ARMS is shaping up to be a great new addition to the fighting game community.

Disclosure: Our Nintendo Switch review copy of ARMS was provided courtesy of Nintendo.