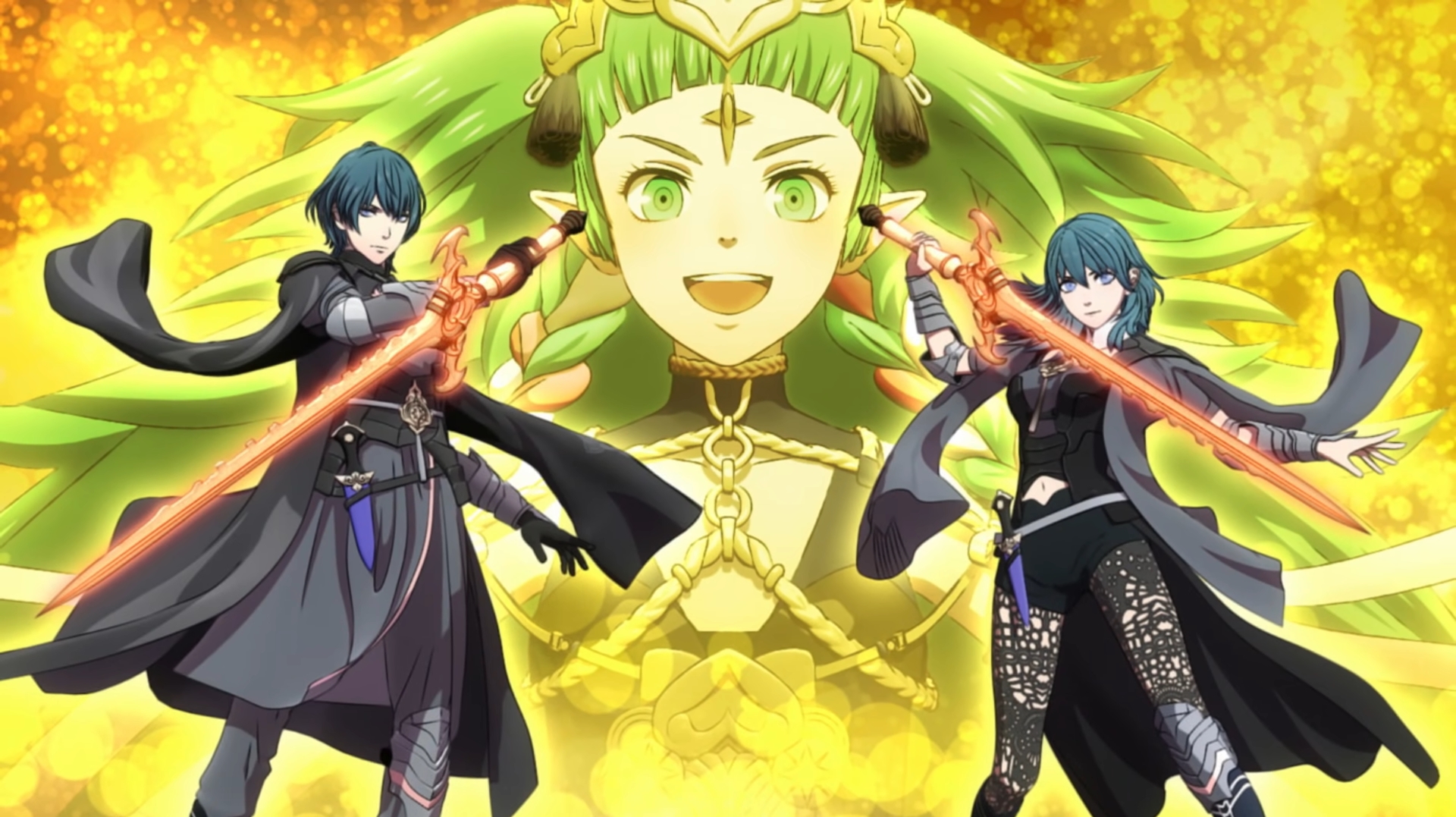 Garreg Mach Monastery is the place you spend most of your time during a playthrough of Fire Emblem: Three Houses. And now, it’s the newest stage you battle on in Super Smash Bros. Ultimate.

But because the area within the original game pushes you to explore and interact with multiple characters, Masahiro Sakurai and the development team decided to make the stage travel through the Monastery and show the different factions in the background.

In total, there are 12 characters split evenly to represent the four main factions of the game that will make an appearance during your matches. None of them actually do anything other than move around slightly in the background of the stage, but this is just a way to include more characters from that one Fire Emblem entry in Smash.

Unlike with King of Fighters Stadium, which has a rotating cast of Fatal Fury characters that come through each time you use the stage, Garreg Mach has three characters that will always appear in the same spot in each of the four unique areas. If you like the Black Eagle House, for example, you’ll always see Edelgard and the others in Reception Hall.

So for fans of the series, or even just players who want to know which characters appear in each area of the stage as it transitions, here’s every cameo on Garreg Mach Monastery.

The starting area of the stage is the Marketplace where you spend time buying, upgrading, and selling items in Three Houses. It’s a bit odd that members of the Blue Lion House appear there, but none of the characters outside of the Church of Seiros faction actually have a connection to their area that’s meaningful just by nature.

As is the theme in all but the Black Eagle representation, you have the House Leader Dimitri and his right-hand man Dedue, as well as another noble and prevalent character in Blue Lion, Ingrid.

In the Reception Hall, you’ll find the Black Eagle House and three of its representatives. Oddly enough, this is the only set of three that doesn’t include the House Leader’s second in command since it doesn’t feature Hubert von Vestra.

Instead, you get Edelgard and two of the more popular characters from her house, Dorthea and Petra, which makes it the only faction to be represented by just female characters.

Claude and some of his band of misfits have taken over the Bridge section of the stage, along with an unnamed Peagasus Knight that’s flying around in the background. Lorenz and Hilda join him in making an appearance, with both looking about as charismatic as Claude.

The last group is the one you’ll likely be seeing the most, outside of the Blue Lion faction, since the Cathedral portion of the map is the only one that shows up when you turn Stage Hazards off. You better like green hair and listening to the teachings of the Church of Seiros.

Those are all 12 characters from Three Houses who appear on the Garreg Mach Monastery stage—well, unless you count The Gatekeeper who also appears in the Marketplace. That’s honestly the only reason this DLC matters at all.

Players can purchase the full Fighters Pass DLC bundle and get all five Challenger Packs as they become available for $24.99 or they can buy the Byleth DLC individually for $5.99 from the Nintendo Switch eShop. Either purchase will automatically get you Garreg Mach Monastery.