Is it time to start speculating yet? 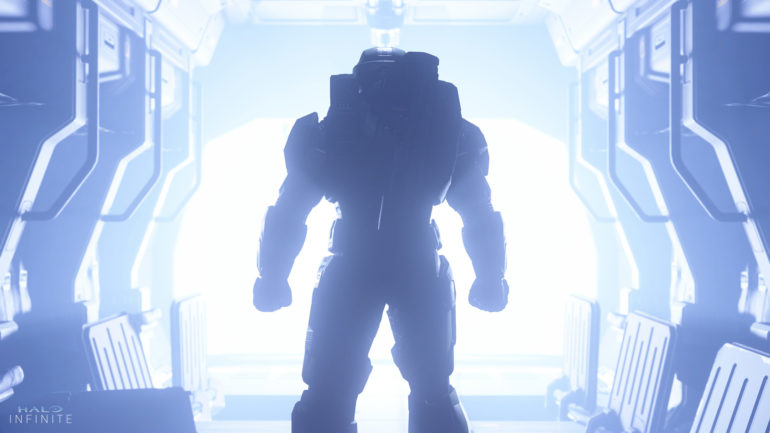 Byleth has been out for just over a week and players are already looking ahead toward what Nintendo and director Masahiro Sakurai have planned for the next wave of Super Smash Bros. Ultimate DLC.

There are six new fighters coming between now and December 2021, which means there’s more than a year of speculation about what characters the development team has decided on and are now preparing for release in Fighters Pass Vol. 2.

The door has never been more open in terms of which characters could make it into Smash after Nintendo brought in Joker, Banjo and Kazooie, Terry Bogard, and the Hero from Dragon Quest in the first Fighters Pass. Including Byleth, the first set of DLC had representatives from Nintendo and four different third-party companies, which sets the stage for more of both in this next group.

No, that doesn’t mean Goku is any closer to being included and there are still a few video game characters that are likely off limits due to various reasons outside of Nintendo’s control. You shouldn’t lose hope just because it doesn’t seem likely that your favorite choice will make it in, however. Banjo was a request fans put in for nearly two decades before it actually happened, so keep your chin up and wait for the announcements.

Just like with the first Fighters Pass, Sakurai told fans that the six fighters have already been selected and are locked in, which means that asking him about your character won’t change anything. But we can still give our opinion based on some basic logic and fan outcry.

So now that the first Fighters Pass is officially done, here are six potential DLC characters we would like to see added in the Super Smash Bros. Ultimate Fighters Pass Vol. 2.

This is both an odd fit in terms of choice for a fighting game and based on where the story of the Professor Layton franchise has gone, but Hershel Layton is nothing if not resourceful and would be a welcome addition to Nintendo’s first(ish) party representatives.

The professor is capable of thinking on his feet, handy with a rapier, and provides an opportunity for some insanely cartoony ideas to be implemented, similarly to how Sakurai and his team made the Villager and several other characters capable fighters. The obvious comparison is Phoenix Wright from Marvel vs. Capcom 3. Layton is a little more grounded in a fight than the attorney is during his games, but that doesn’t mean some fun little puzzle-themed moves wouldn’t be welcome.

The main thing holding this pick back is Hershel being relatively absent in the newest title, Layton’s Mystery Journey: Katrielle and the Millionaires’ Conspiracy, which focuses on his daughter throughout the story. His time in the spotlight has likely already waned too much for his inclusion to really drive downloads.

If Nintendo really wants to blow the pants off of everyone at the start of the new Fighters Pass, Sora is the way to go. He’s one of the most highly-requested characters and would add a much needed Sony representative to the gaming museum that is Smash Ultimate.

The Keyblade wielder has multiple different abilities, spells, weapons, summons, and more that would fit perfectly into the game. The only real downside would be having to sort through and pick just a handful. His playstyle would likely focus more on swapping Keyblades and spells like a sort of hybrid between Byleth and Hero.

But the big thing that will likely stop this crossover from happening if it was on the table is having to deal with all of the licensing between both Square Enix and Disney. Square is already pretty protective of its properties (just look at Cloud’s limited outfits and music options), but Disney would likely be even harder to convince.

But fans still hope that they’ll see him fighting on Final Destination soon—even if that means there’d be another sword fighter.

What world do we live in where it’s more likely that Master Chief makes it into a Smash Bros. game than a lot of other potential characters? It feels like something that should be impossible, but Bayonetta, Snake, and Joker all show it can work.

The sci-fi nature of Halo also lends itself perfectly to providing easy outs for Sakurai and his team to work with instead of traditional guns and weaponry. Chief has access to a wide array of high-tech gadgets that, while lethal in his turf, can easily be turned into attacks that fit the Smash universe.

The Energy Sword, Gravity Hammer, and Spartan Laser are just a few names to toss out as options for a potential moveset. The partnership between Microsoft and Nintendo has only grown stronger since Ultimate’s release, so Banjo and Cuphead being in could just pave the way for the biggest name to come over from the Xbox.

This one just seems like a no-brainer at this point considering how believable it was when rumors about the fifth initial slot being taken by the suave demon hunter started popping up.

Dante is an easy fit on the roster, working just like Bayonetta in terms of rating and simply using guns and blades along with his demonic powers to fight any of his enemies. The template from MvC is there, but Sakurai could easily provide a unique spin on the character that uses things Capcom never did.

Another Capcom rep isn’t a bad thing to see and despite using swords, his gameplay would be vastly different from any character in the game right now. Perhaps a mix of what Bayonetta, Joker, and Marth bring to the table in terms of combat is a good example of a starting point for the character.

Ubisoft just put in the Rabbids and Altaïr from Assassin’s Creed as Mii Fighter costumes. There’s absolutely no way that will be the end of the company’s representation in the game. Yes, Rayman is already technically in the game as a Spirit, but the rulebook has already been thrown out a few times already.

Unless Ezio is somehow going to get away with assassinating the cast of Smash Ultimate, Rayman is basically the only hope for Ubisoft to get in on the historic crossover. It also lines up with a potential reveal for a new Rayman game too since both Rayman Origins and Rayman Legends were critically acclaimed platformers and the series hasn’t been touched outside of ports since 2013.

Legends is already on Nintendo Switch and fans have been asking for something out of the franchise for years, so maybe this will be the start of another new run for Rayman.

If Dante is a no-brainer and Rayman needs to happen, Crash might as well already be on the flight over, sipping on some complimentary drinks up in first class.

The Bandicoot already had his revival with a total of four games available on Switch and he’s been one of the most highly-requested characters for Smash since his games went cross-platform. For Western fans, it was basically Banjo and Crash in a neck-and-neck race for that top spot, with Banjo usually winning out because of the connection to Nintendo that was already in place.

His moveset could feature a variety of wild, spinning moves and insane acrobatics tearing through the competition, even if there isn’t as much potential for an extremely unique moveset like some of the other characters on this list would provide.

Just because Waluigi, Geno, or even Minecraft Steve weren’t on this list, however, doesn’t make them any less likely to make it in. This was just based on some obvious choices with a little bit of wild speculation thrown in to spice things up.

Fighters Pass Vol. 2 is up for pre-purchase now, meaning you can get all of the content the minute it goes live and the Ancient Soldier Gear costume for the Mii Swordfighter for $29.99.