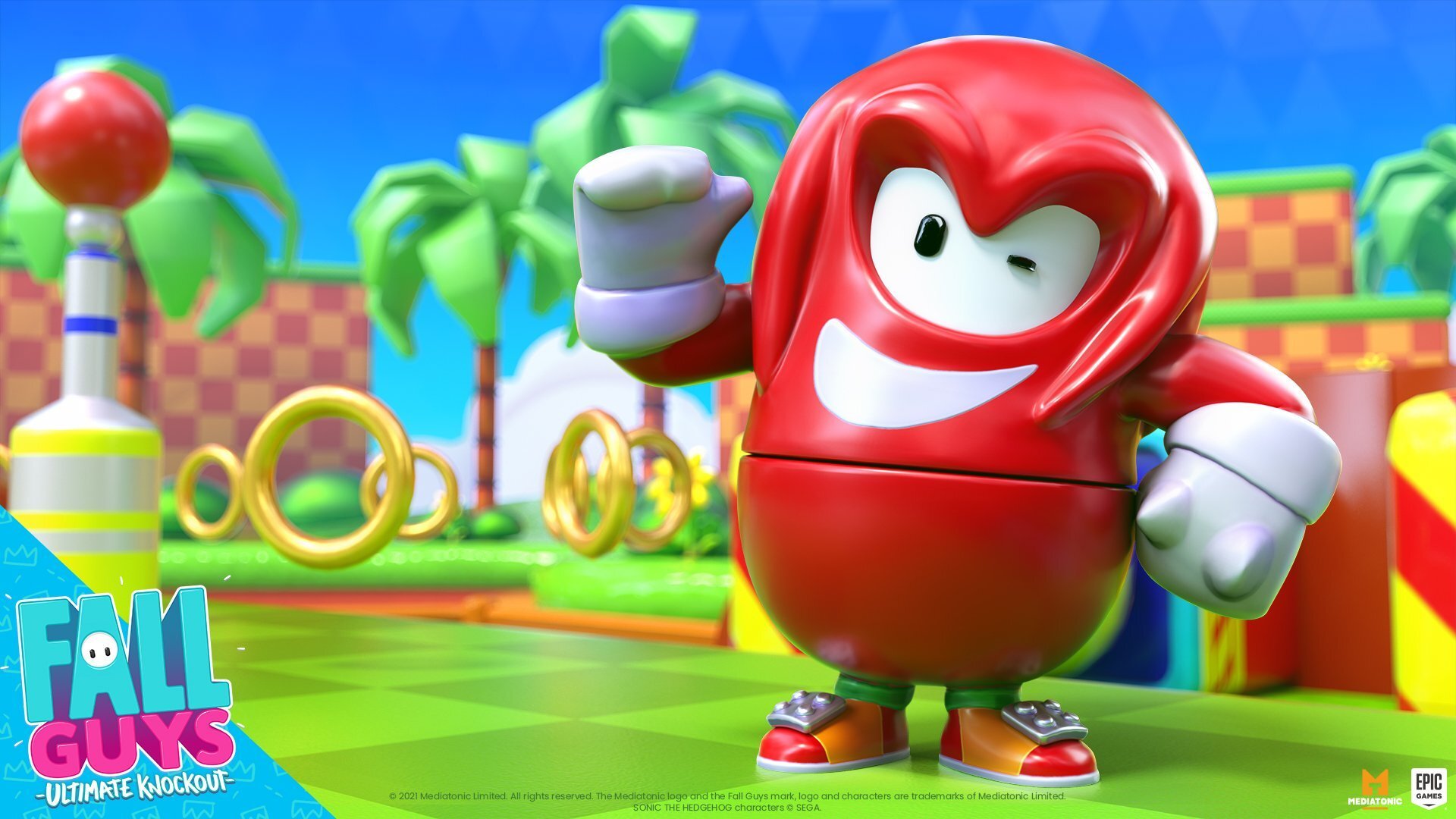 Sonic the Hedgehog fans can enjoy another iconic character in Fall Guys since Knuckles has been added to the game.

Last year, Sonic was added to Fall Guys, giving fans a chance to sport a chunkier version of the popular character as they try to survive. While most fans were excited to see the main character from the Sonic the Hedgehog series appear in Fall Guys, they received an extra treat when it was revealed Knuckles would also finally be available.

Players can now pick up the Knuckles costume, complete with spiky hands and Knuckles’ iconic red color scheme. Each part of the costume costs 11,000 kudos, which is good news for players worried about spending their precious Crowns.

The Sonic the Hedgehog series is celebrating its 30th anniversary and die-hard fans can enjoy another character in Fall Guys as a bonus. It’s unclear if any other Sonic characters will also become costumes, but fans can hope for Tails or even Doctor Eggman to appear.

It’s been an exciting few months for Knuckles fans. Idris Elba recently confirmed he’ll voice the character in the upcoming Sonic sequel, giving fans even more reasons to be excited about the second film in the series.

Fall Guys has had several notable crossovers, with more likely on the way. Data miners recently found evidence that a Fortnite crossover is in the works and players could acquire Cuphead costumes earlier this year.

The Knuckles Fall Guys costume is now available, so make sure to grab it while you can.