X1aOyU claims that MidOne is going to join OG

An interesting rumor has popped up surrounding the defending champs. 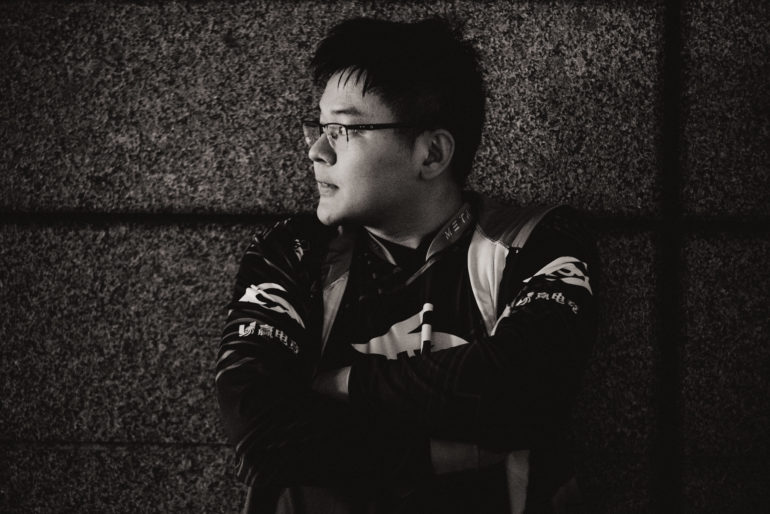 Playing for individual stacks in the Dota 2 competitive scene usually means dealing with a lot of player movement and rumors surrounding your teammates. But for a top player like Yeik “MidOne” Nai Zheng, the talk never stops.

After being released from Team Secret and teaming up with Michael “ninjaboogie” Ross Jr. and creating SEAMonkeys to compete for a spot at DreamLeague Season 13, it appears he might be on the move again and joining OG, according to Lee “X1aOyU” Qianyu.

X1aOyU is a Malaysian player who spent some time with Vici Gaming and was most recently registered under You Know Who, another smaller stack made up of several tier-two regulars. But according to a conversation that he had with a teammate, he was going to be teaming up with MidOne before plans changed, alleging that the former Secret star is joining OG in some capacity.

Reddit users provided a rough translation of the conversation between X1aOyU and one of the other players he was playing with that reveals his plans to team with MidOne and the fact that OG might be signing him instead.

The exchange goes on a bit longer and shows that X1aOyU isn’t too happy about being sidestepped by MidOne. The Malaysian player left You Know Who and was planning to join a Southeast Asian stack that would’ve likely competed for the next Dota Pro Circuit Major.

It’s unknown if that stack was going to be SEAMonkeys, but it appears that whatever the original plan was, it’s now fallen apart due to some third party movement.

Outside of the conversation, there are no signs connecting MidOne to OG, but there’s absolutely something happening around the SEAMonkeys’ roster. Ninjaboogie, the captain of the squad, just left the organization earlier today, which greatly impacts the ceiling of that roster if it does stick together.

With X1aOyU’s comments and ninjaboogie’s departure, the rumor does look a lot more credible, especially when you take into account how OG handled its roster around this time last year.

When Johan “N0tail” Sundstein and his team came back from an extended break after winning The International 2018, it was with a stand-in. Both Per Anders “Pajkatt” Lille and Igor “iLTW” Filatov spent time playing with the champs before Anathan “ana” Pham eventually returned.

The setup is similar to last year. The entire team is taking a longer break than most others and there are no concrete signs that they’ll return for the next Major either. If ana or Topias “Topson” Taavitsainen, who’s also taking an extended vacation, isn’t ready to return when the other players want to compete again, it isn’t that improbable that we might see MidOne act as their stand-in.

He has a lot of experience playing at the top level and has shown willingness to try filling new roles outside of his usual mid position. Bringing in someone like that, even if it’s temporary, would be a good fit and better than relying on different stand-in players for each tournament.

This could also be a precautionary move in case one of those players decides to retire completely either during this season or after TI10. If MidOne is brought on and OG places him as their designated substitute, he could remain on the roster and then step in whenever the team and its current roster makes a decision on their future.

All of this is just speculation right now based on one player’s comments and none of the information has been confirmed beyond that. MidOne could very well continue playing for an SEA stack before finding his next spot on a tier-one roster later this season.

But due to the departure of ninjaboogie, there will at least be some movement around MidOne regardless of if it’s him leaving for a new team or just another support player being brought in for SEAMonkeys.