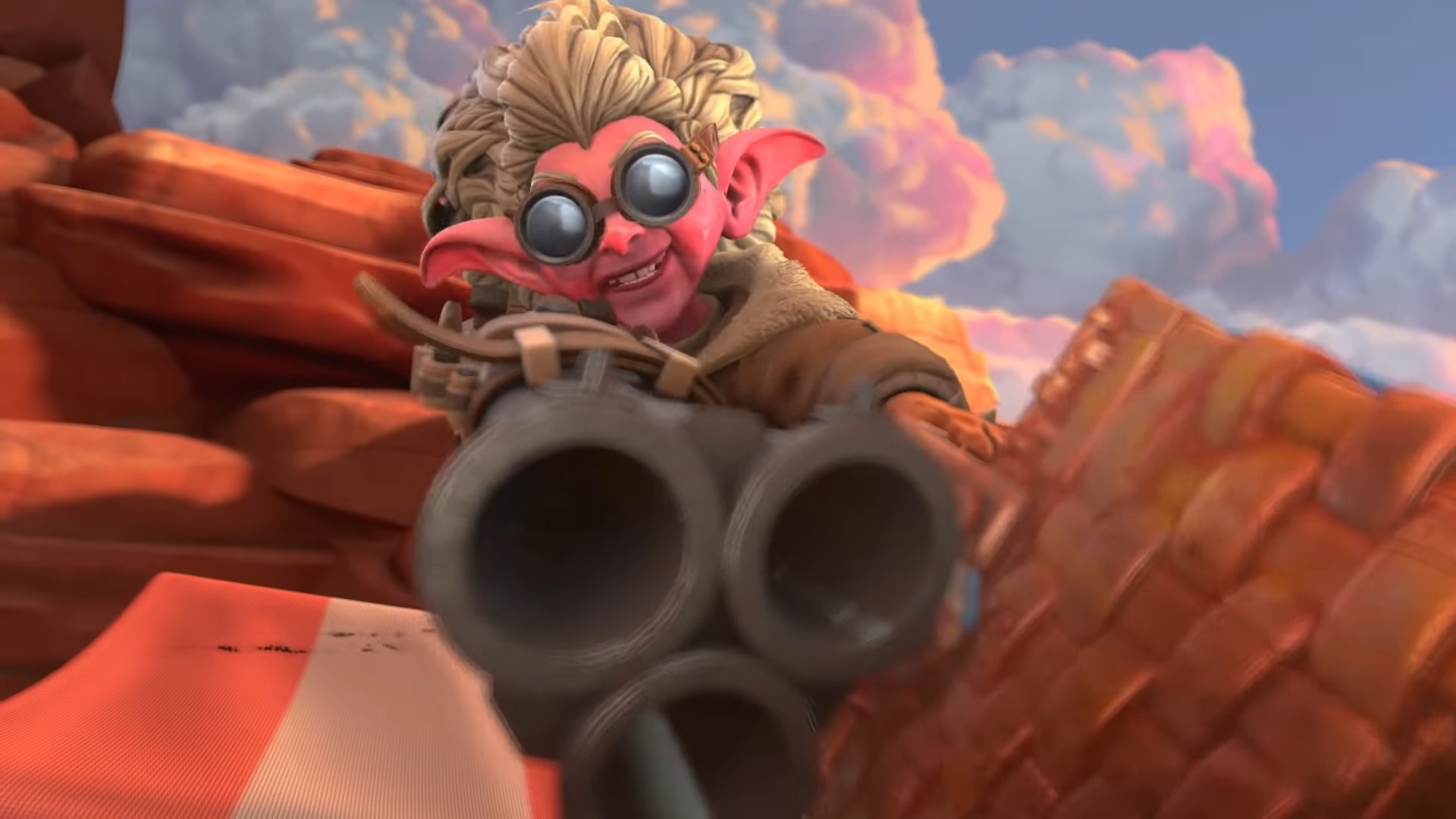 The professional Dota 2 meta always evolves, morphing from month to month even if the patches are infrequent and player counts are dropping. Recent months have seen mid Doom, offlane Bloodseeker—and now, mid Snapfire?

High-profile pros like Evil Geniuses’ Abed and Vici Gaming’s Ori started to employ the hero regularly in pro matches for the past month. An argument could be made that Abed wasn’t taking himself as seriously since he was playing on a temporary stack with friends. Ori, however, brought out the hero three times against Chinese powerhouse PSG.LGD in the third season of OGA Dota PIT, even playing her in the grand finals.

While VG ended up losing, Ori’s Snapfire was instrumental in keeping his team in the thick of things. He managed to get a solo kill on his lane opponent, rotated early on with Mortimer Kisses ready to ruin the other LGD lanes, and combined with a carry Faceless Void to make for a lethal teamfight combo.

Her Aghanim’s Scepter breaks the rules

Beatrix Snapfire was handed an Aghanim’s Scepter upgrade in March with the 7.25 patch. Usually, these upgrades were limited to the hero’s basic kits, such as Rubick gaining extended cast range and lowered cooldown on his ultimate Spell Steal or Void Spirit’s Resonant Pulse getting an extra charge and added utility in Silence. Snapfire, however, got a whole new ability.

Gobble Up allows her to target a creep or allied hero close to them, putting them in her dragon toad Mortimer’s belly. The unfortunate fellow can be spat out up to 3,000 units away—more than twice of Blink Dagger’s 1,200 range—stunning on impact and applying a Mortimer Kisses’ magma puddle.

The insane cast range of the ability breaks down the rules of engagement for most Dota 2 games. While long-range abilities like Windranger’s Powershot and Mirana’s Sacred Arrow exist, none come with as many benefits as Gobble Up.

It’s a huge AoE ability, which means that it can stun multiple heroes and is a more forgiving skillshot to land. It actually deals more damage than its own ultimate, dealing 400 impact damage and 100 DOT every second. A hero caught by Gobble Up will take at least 600 magic damage, not accounting for the likely hero that’s now free to wail on the trapped enemy. The caught opponent is also slowed afterward, so good luck trying to run away.

The skill even functions as a pseudo-save since it’s able to target allied heroes. Gobble Up is limited by its extremely short cast range, but its 3,000 spitting range makes it an attractive possibility for a clear disengage.

That’s strong, but why mid instead of support?

Gobble Up’s numbers don’t scale. It does the exact same thing 10 minutes or one hour into a game. The Dota 2 meta now increasingly demands the midlaner to be an active ganking force rather than the static farmer of years past. Snapfire, with just one major item, smashes convention and completely ruins the imaginary outer boundaries of battles.

While Snapfire is often played as a hard support mostly focusing on pumping out supplementary damage from afar with Mortimer Kisses, she makes for a decent farming core. Snapfire has two different nukes to quickly plow through creep waves and the jungle, allowing her to pick up that all-important Scepter regardless of whether she loses the lane. Plus, expedited levels on the Beatrix allow her to gain access to her ultimate sooner to gain a massive early power spike.

But that’s unlikely, however, because Snapfire is also a good laner. She’s tanky due to her nature as a strength hero and possesses a decent attack animation, allowing her to confidently trade hits. Both Scatterblast and Snapfire Cookie are solid ways to secure ranged creeps and harass her opponent. Scatterblast now reduces her opponent’s attack speed as of 7.27b, further enhancing her blow-for-blow prowess.

A fast Bottle greatly alleviates her mana issues and she requires nothing else to supplement her skill kit because her original concept consists of her having no items anyway.

Beatrice’s Lil’ Shredder also reduces armor instead of attack speed now. The debuff works on structures, so leaving her alone in the midlane is a dangerous prospect.

Unlike other spellcasting mids like Skywrath Mage and Pugna, Snapfire has a fantastic backup plan in the late game thanks to her talents. Her level 20 talent, which converts Lil’ Shredder’s fixed damage per shot to instead scale off her attack, allows her to opt for a right-click build with Monkey King Bar and Daedalus procs. Hitting level 25 further grants Lil’ Shredder 3x Multishot, also added in 7.27b, reminiscent of Gyrocopter’s Flak Cannon or Medusa’s Split Shot.

No Gyrocopter, no problem

Snapfire, one of the rare ranged strength support heroes, was initially tagged as a support by the development team. Of course, rife experimentation in various lanes ensued upon release, with some core builds fixated on her level 20 talent. The pro scene generally settled on her as a support sometimes bumped up to the offlane position with a focus on aura items like Guardian Greaves.

In theory, role transitions for heroes, especially support to mid and vice versa, have been common in Dota 2. Traditional support heroes like Skywrath Mage and Dazzle have seen success in the mid lane, while mid heroes such as Puck, Lina, and Pugna have found new life from a supporting position.

What Snapfire does differently is adding a bonafide initiator role to her résumé—and from an absurd range to boot. In many ways, she fulfills a lot of what people used to look for in fellow geriatric Gyrocopter: a stable, versatile laning pick that pumps out damage throughout the game and can transition into a formidable late-game presence should the game go awry.

For now, Snapfire’s 4,200 gold investment and latest level 25 talents add new dimensions to the hero, fundamentally changing how she can be played. It’s certainly fun to see heroes thrown thousands of units away to land in a bubbling, stunning pit of magma.

Upcoming large scale tournaments like season two of OMEGA League might pave the way for Beatrice Snapfire to stake her claim as one of the game’s premier mids.