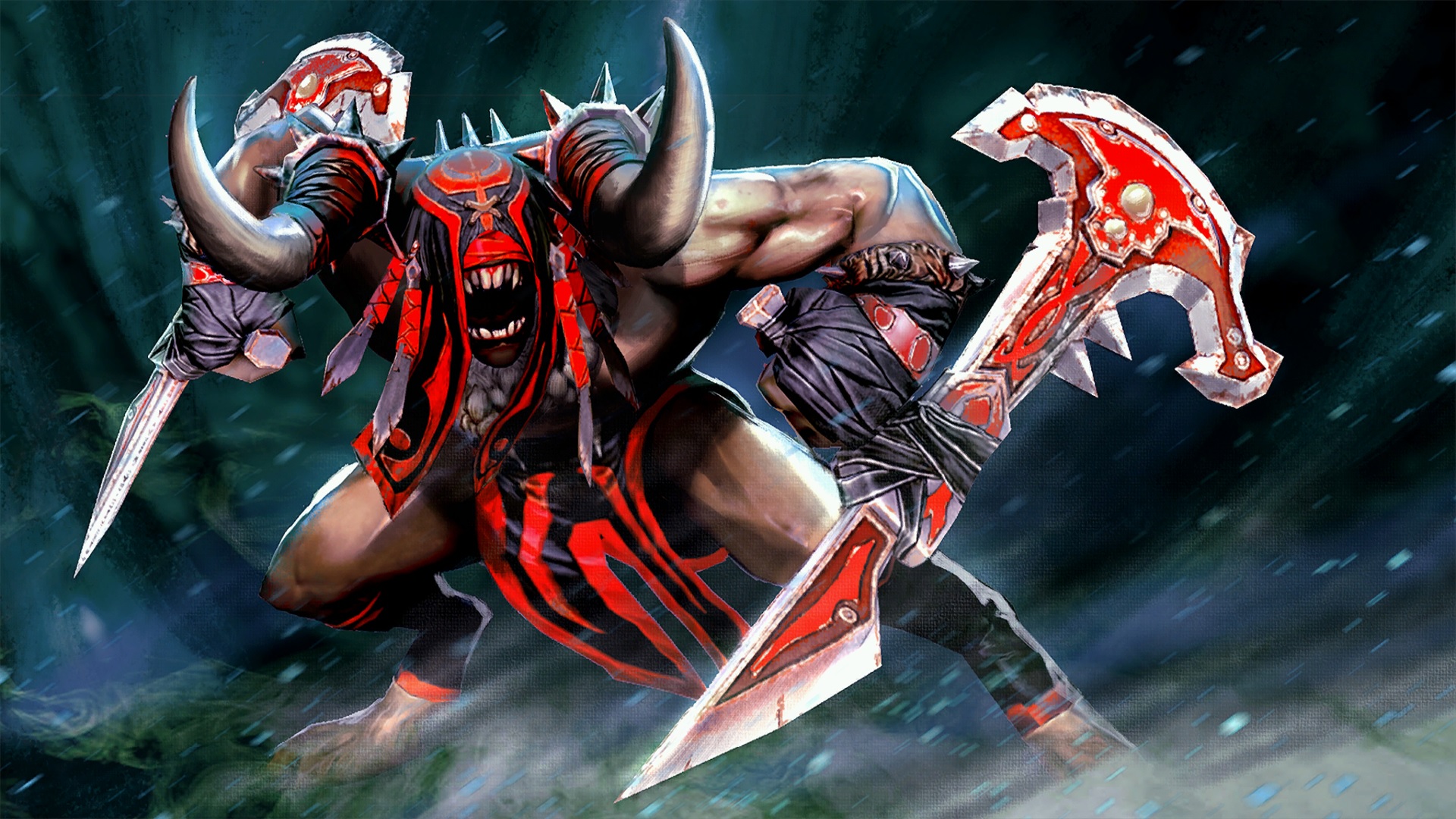 When Team Secret matched up against OG in the group stage of the OMEGA League Dota 2 tournament on Aug. 28, a hyped affair between two European juggernauts quickly morphed into an embarrassingly one-sided beatdown. Secret took two clean games in less than an hour, aided with a surprisingly dominant niche pick: offlane Bloodseeker.

It might be easy to chalk up the hero’s success to Secret being Secret, but the team’s commanding performance has led to position three Bloodseeker picking up steam from both fellow professionals and public matchmaking.

Patch 7.27b introduced a drastic change to Bloodseeker. The previous healing aspect of his first skill, Bloodrage, that made the hero a sustainable laning carry was rolled into his Thirst skill. Bloodrage was changed to increase both attack speed and spell amplification to the target at a constant health drain cost.

But then, his win rate tanked. Bloodseeker was a niche pick as a high priority farming core when a team possessed high AoE damage, like Earth Spirit or Venomancer, to trigger Thirst. It seemed like no one could figure out how to play the hero until Secret stomped OG.

Bloodseeker was a maligned pick, only getting selected once as a safelane carry in the entire OMEGA League before Secret picked it twice in a row vs. OG. Zai’s Bloodseeker played a significant part in both games, winning his lanes handily.

To be fair, the matchup between the two titans had zero stakes. Both teams had already claimed their spots in the upper bracket of the OMEGA League playoffs and were clearly experimenting with their drafts. OG were insistent on picking Huskar and Oracle safelane, which was punished by Secret’s high nuke damage and disables in the offlane, with credit due to YapzOr’s support Tiny in the first game and Rubick in the second.

Plus, Bloodseeker received two patches of buffs in 7.27c and 7.27d before Secret pulled out the pick. His Blood Rite damage was increased and the health drain imposed by Bloodrage was reduced.

Offlane Bloodseeker has since been picked twice in the OMEGA League: Immortal Division in losing efforts, with OG experimenting with a similar lineup vs. Team Liquid and Evil Geniuses vs. Virtus Pro on Aug. 29.

While the pro sample size is small, Secret’s dominant performances with Bloodseeker have led pub players to swiftly follow. Since Secret’s series on Aug. 28, the hero’s pick rate increased drastically while his win rate surfaced above 50 percent for the first time in a month, according to Dotabuff, suggesting that the offlane is an effective option for the hero.

Zai’s Boots of Speed and Veil of Discord rush is the common item trend. It’s a valuable item that gives mana regeneration, essential for a hero that’s now maxing his nuke, Blood Rite. A change in 7.23 caused the item to affect spell damage rather than magic resistance, meaning that pure damage spells like Blood Rite now synergize with the item. Veil is also cheap, costing just 1,525 gold, about 500 more gold than upgraded Boots.

The rest of his item build is followed up by pretty much whatever the team needs, though Guardian Greaves seems to be the preferred Boots of choice to further augment the hero’s revamped role. Eul’s Scepter is great to cancel Teleport channels and set up the long cast time of Blood Rite, while players have experimented with common utility items like Medallion of Courage and Urn of Shadows.

He’s a surprisingly tanky hero with high base armor and damage, meaning that he’s still decent in lane even after losing his previous Blood Rage active. Since he no longer needs to risk damage amplification to heal, it allows him to play in a more dangerous role and lane.

Bloodrage is now exclusively a buffing skill, with players maxing out Blood Rite first. In Secret’s first game, for example, a Bloodraged Tiny focusing a Veiled target would deal 48 percent extra magic damage. That’s 1,000 damage after reductions just from a maxed Avalanche-Toss combo, which would undoubtedly be combined with accompanying nukes from Bloodseeker and Tree Grab hits. Plus, with Tranquil Boots as an option for most roaming nukers in the game, the item’s health regeneration offsets the skill’s vitality drain.

Bloodrage also provides 70 attack speed, 10 more than Bloodlust, albeit without the movement speed bonus. Since most carries like to go for lifesteal, the health drain is even less of a concern. Mask of Madness is a routine pickup for top-tier carry picks like Faceless Void and Sven, along with possible Paladin Sword drops and Satanic upgrades down the road. The dual amplification nature of the skill makes it an ideal buff for mixed damage carries like Windranger and Gyrocopter.

Plus, Rupture remains one of the most annoying skills. It’s not something that can be countered by magic immunity or dispels, making it easier to kite heroes that prefer to stand their ground or catch up to characters that like to slip in and out of the fight.

Bloodseeker is an atypical brawler that functions less like a typical in-your-face enforcer or providing huge teamfight spells, making up for it with his low cooldown skills that consistently poke the opposition from afar. An increased spotlight on the hero might see teams continue to experiment with his potential, like flexing him into the mid lane a la Magnus and Doom, since he does gain twice the attack speed by casting Bloodrage on himself. It seems that the hero has carved out a new niche and will likely make more appearances throughout the OMEGA League playoffs, which run until Sept. 6.