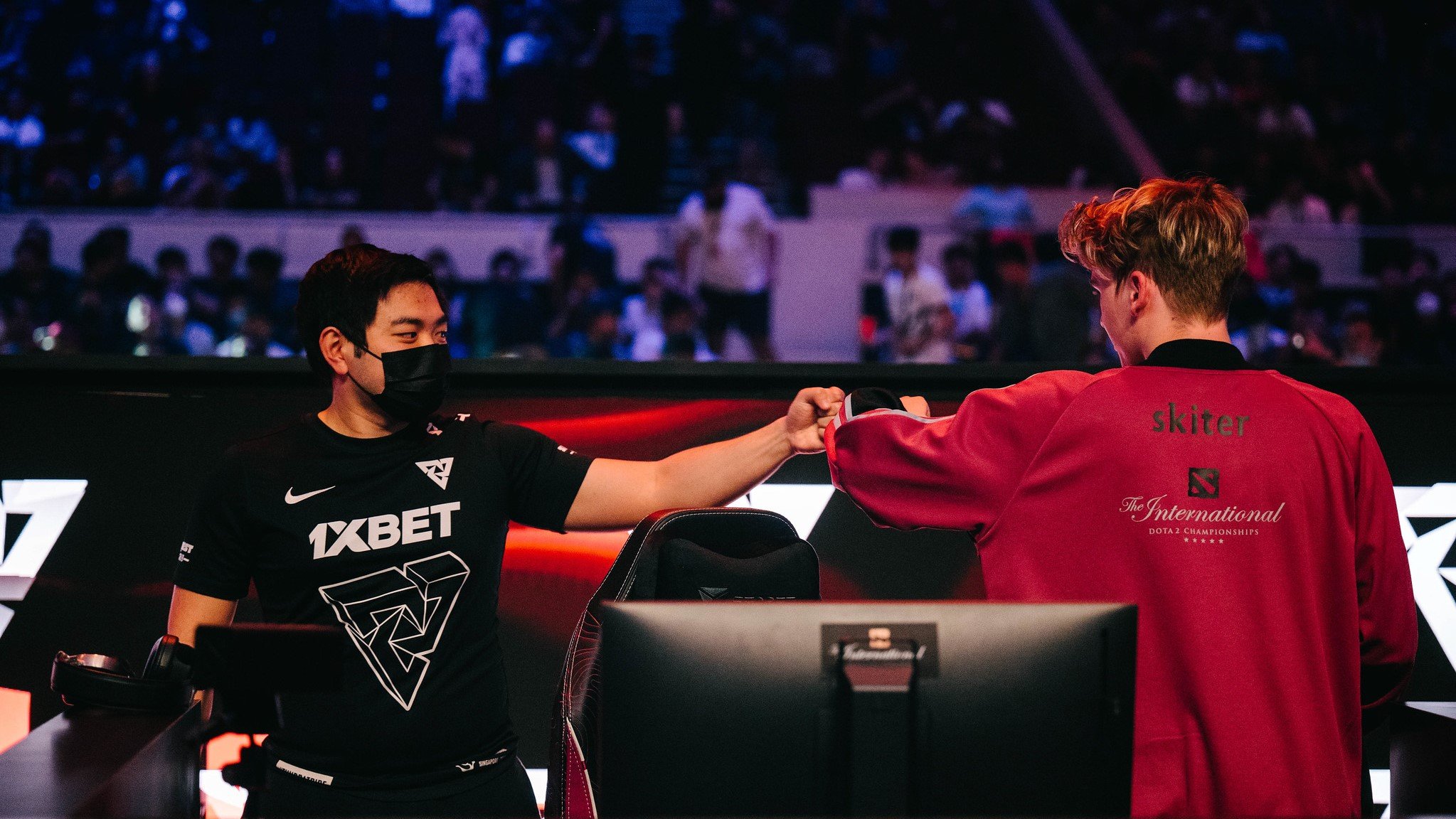 When Lord Gaben gives you a zero percent chance to come back from a game that feels as bad to watch as it probably does to play, you can probably lock the result in. That is how badly Tundra Esports stomped Team Secret in the upper bracket finals of The International 2022, blowing the doors off of what had been a close series prior to that.

Unlike the series between Team Aster and Team Liquid, Secret and Tundra know each other extremely well and were playing like it from the start. Neither side outright dominated the other until Tundra went wild in game three—crushing all opposition with Nine’s Tusk and 33’s Enigma.

Tundra’s game one was about playing the slow game to push lanes and eventually throne Secret by outscaling their teamfight-centric draft. Secret battled back with a more balanced approach that let them set the tempo and easily recover from small mistakes and push through Tundra’s lines with Resolut1on’s Dawnbreaker and Crystallis’ Drow Ranger—the latter of which recorded the ninth Rampage in TI main stage history.

Tundra would finish the series with a decisive game three wins, locking in the first spot in TI11’s grand finals in the organization’s first TI.

“In the first 15 minutes I felt like the game was kind of already over,” Saksa said. “The game kind of got prolonged a bit much. It’s the final game to get into the finals so people were a bit more careful than usual, but the game felt pretty over early on.”

For Secret, this now means Puppey and crew will have to face off against a red-hot MATUMBAMAN and Team Liquid in the lower bracket finals. A clash between the two teams who made it into TI11 through the Last Chance Qualifier and have proven that perhaps the more Dota you play, the better prepared you are for the main stage.

Meanwhile, Tundra continues their utter domination of TI11. They entered the main event as the top seed from Group B and have only lost a single game across three upper-bracket series, that being today’s loss to Secret.

This was also a match between former teammates, with Saksa making it back to TI finals by winning against Reso. Both players were part of the Digital Chaos roster that finished second at TI6, while this is the first TI finals for the remainder of Tundra’s roster—along with Nine’s first TI overall.

No matter who wins the grand finals it will be a WEU team walking away with the Aegis of Champions, but Tundra is now the heavy favorite.