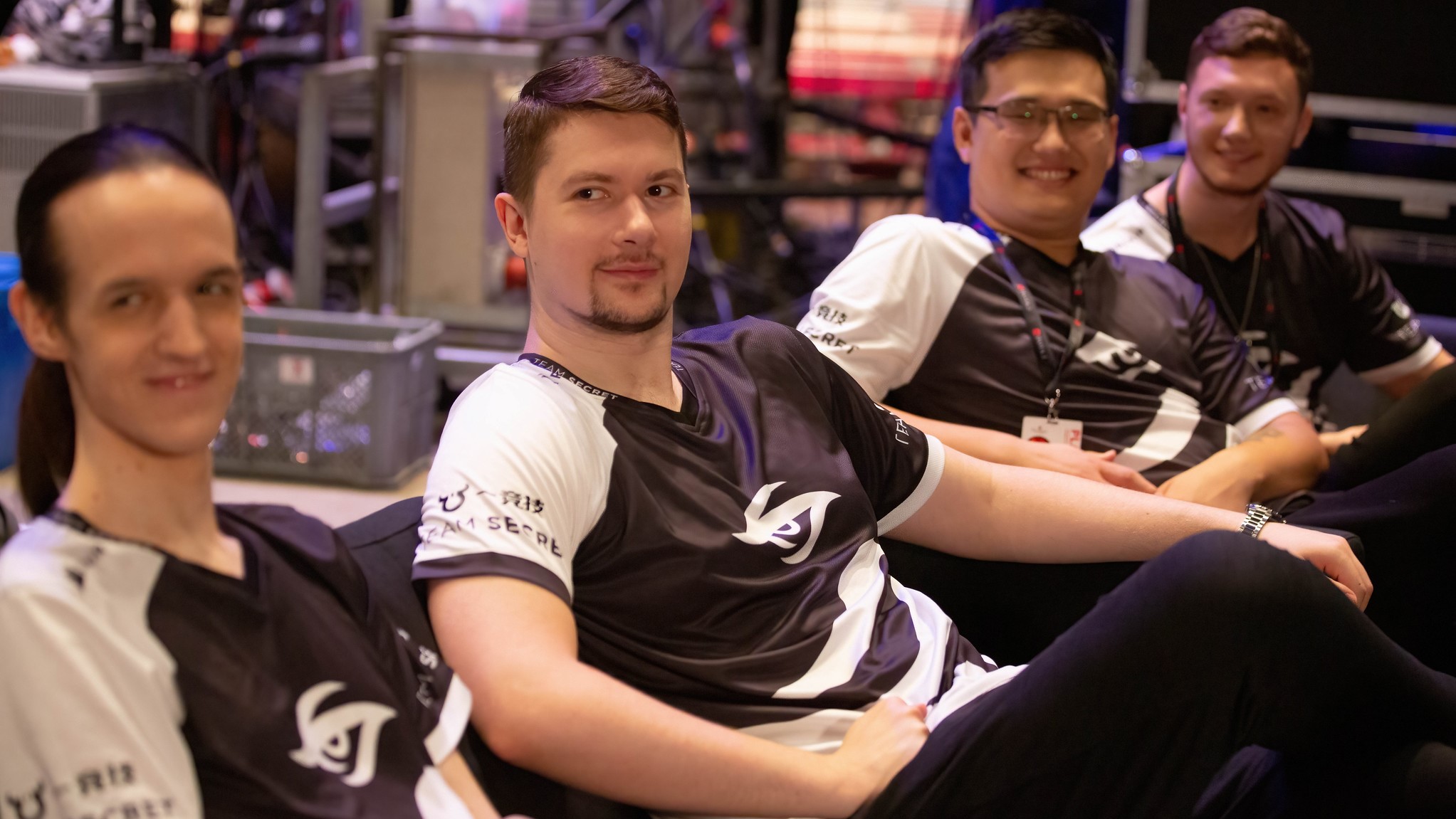 Six more teams joined EG in the upper bracket as of TI11’s final day of groups, with two of them advancing from Last Chance Qualifiers.

Team Secret were absent from all the Valve Majors this season, where most of the DPC points are handed out. Liquid, on the other hand, were one step away from directly participating in TI11 but Entity’s recent rise also sent them flying back to the Regional Qualifiers.

Both Secret and Liquid were knocked out by Entity in the WEU Regionals, leaving only a single door open for them—the LCQ. Considering how stacked the LCQ was, the two teams were put in a spot they did not desire to be in. Strong teams tend to shine under challenging circumstances, however, and the Liquid/Secret pair slashed their way from the LCQ to the Main Event’s upper bracket.

Like in the LCQ, Secret and Liquid were placed in two separate groups. Liquid found themselves in the more stacked of the two, but the team’s performance in the last days of the LCQ was only the start of a new beginning for Liquid.

Liquid played a total of nine matches in the group stage and won five of them while drawing in three and falling short of glory in one. They remained one the top teams in their group until the final day, where they were against Hokori, an explosive squad from South America who dominated day three.

Hokori also needed to win the series to force an upper-bracket tiebreaker, meaning a lot was at stake for the two teams. It was Liquid who showed up for the fourth day, however, as the team walked over Hokori in two decisive matches.

Even in skirmishes where it looked like Hokori seemed like it was dealt a better hand, Liquid came on top as they had an enormous lead in both matches. Liquid’s Broodmother draft in the first match gave MATUMBAMAN’s Lone Druid all the space he needed while forcing Hokori entirely off the map.

In the second match, Hokori took a page out of Liquid’s book and drafted the Broodmother for themselves, only for it to get countered heavily by Liquid’s Crystal Maiden, Drow Ranger, and Enigma. Liquid’s teamfight-focused lineup was leading the entire game as they piled on Hokori’s Tiny and Disruptor. The two made up more than half of Liquid’s kills, and Hokori’s cores were also not allowed to freely farm anywhere on the map, reducing their chances for a comeback to nonexistence.

This wasn’t the only ride-or-die match for the WEU teams on day four, though. In Group B, Team Secret were waking up to a series versus Aster, another scenario of both teams needing to win the series for an upper bracket spot. Despite a promising start to the groups, Aster’s performance dropped as they progressed, and Secret were their final boss.

Secret continued the high-paced Dota that allowed them to dominate day three, and Aster quickly realized they were in a world of trouble.

The first match of the series featured a flawless Magnus performance by Resolut1on while Crystallis took over the game with Monkey King. Though Money, on Nature’s Prophet, tried to stall the game by split pushing and dividing Secret’s attention, the Europeans caught them off one-by-one to seal the deal in the first match.

The second match was just another case of Secret dominance with Nisha, Resolut1on, and Crystallis on top of the net worth chart. Money, Aster’s Vanguard, had no way to deal with Secret’s three-farmed soldiers, and the Chinese squad had to step aside from Secret’s way and hand them over the guaranteed upper bracket spot.

Secret played versus Talon in their final match of the day, and they disintegrated the SEA representative in just under an hour. It was time for Nisha to shine in the first match, and with the assist from Resolut1on and Crystallis, Secret piled on Talon.

Talon were also in the shadows in their second match versus Secret. With a Broodmother in their hands, Puppey’s Secret was biding its time until Nisha picked up a Double Damage Rune on the top side of the river. Soon after picking up the blue pill, Secret cornered Talon in their own jungle, and Nisha made them walk the plank in two-to-four hits.