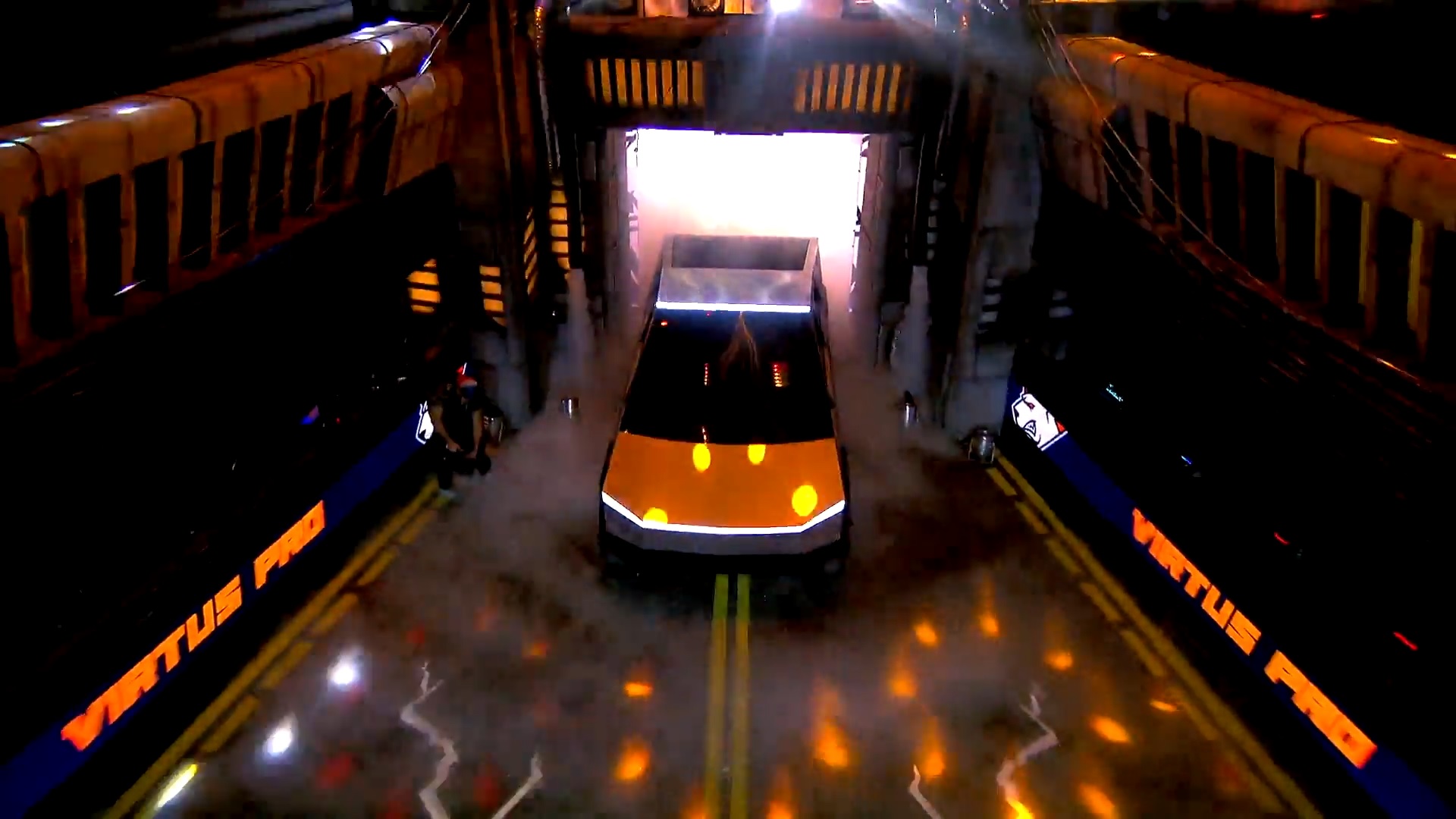 WePlay! Esports set history by hosting the most-watched Minor in Dota Pro Circuit’s history. Now, the organizer has upped the ante with a special introduction.

In the upper bracket series between Team Secret and Virtus Pro, the teams drove into the arena nestled in what appeared to be Tesla’s Cybertruck.

While Secret’s official account identified it as a Tesla, it might just be a polished lookalike. Tesla’s Cybertruck isn’t slated to be in production until 2021, after all.

Related: Fans have started a petition to get the Tesla Cybertruck into Rocket League

There’s a prototype of the vehicle that’s cruising the streets, but it’s been driven by none other than Tesla co-founder Elon Musk himself.

Musk is familiar with the Dota 2 scene. The tech entrepreneur is one of two founders of OpenAI, which used Valve’s MOBA “as a research platform for general-purpose AI systems.” The artificial intelligence utilized machine learning and played more than “10,000 years of games against itself” to get up to speed.

OpenAI made appearances at multiple The International events, even defeating its champions OG in 2019, albeit in a heavily limited situation that restricted hero pools and items. When a playable version was released, it managed to defeat 99.4 percent of all players against it, losing just 42 times after 7,257 matches.

WePlay! Esports has consistently exceeded expectations, but getting its hands on an official Cybertruck is a feat that even it’s unlikely to pull off. Nevertheless, it was a hype introduction to two teams ready to play great Dota 2.