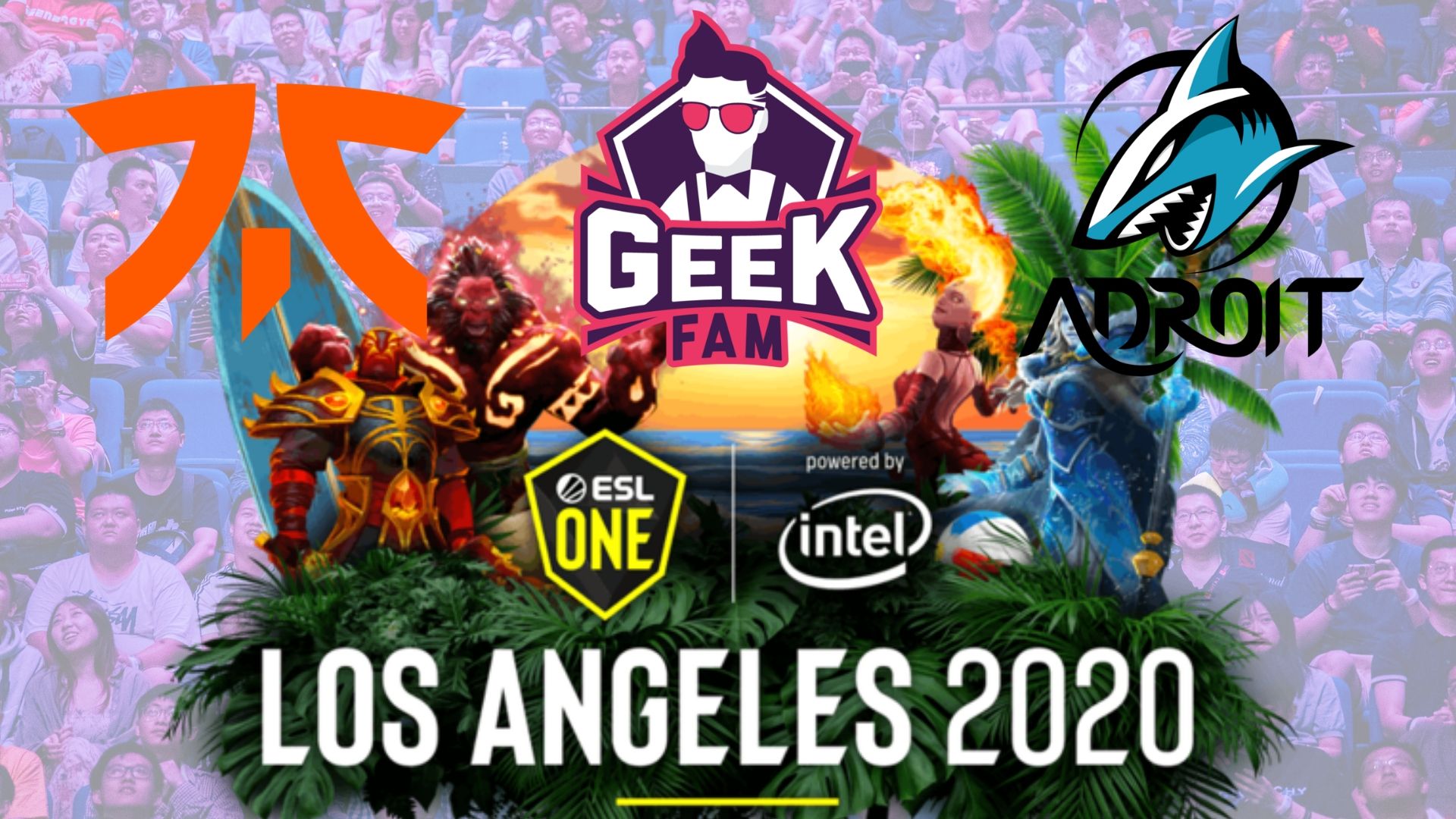 Fnatic, Geek Fam, and Team Adroit have qualified for the ESL One Los Angeles Major. While Fnatic and Geek Fam had relatively smooth journeys through the Dota 2 qualifiers, Adroit’s poor internet issues that forced them to forfeit a game didn’t dampen their fire.

Geek Fam and Fnatic were relatively unchallenged in Group B of the qualifiers. The two teams traded one game apiece in their series and Fnatic dropped an additional game to BOOM Esports, but both made it comfortably into the playoffs where they proceeded to demolish their respective opponents.

Geek Fam destroyed IO Dota 2 in a series that lasted just under an hour, while Fnatic’s series with Adroit was a disheartening affair. Adroit’s players had to abandon the first game of the series before facing intermittent issues in the second game that saw them concede at the 17-minute mark.

Fortunately for Adroit, they grasped their second chance firmly. The Filipino team had to relocate to an internet cafe to finish the qualifiers but held strong and took down IO Dota 2 with ease.

IO Dota 2, a new stack created by legendary Malaysian player Chai “Mushi” Yee Fung, still has some room to grow. The team had some solid performances throughout the qualifiers, taking games off every team in their group, but had trouble against the stiffer competition in the playoffs. Regardless, there’s certainly glimpses of potential, but it’s unclear if Mushi will stick with one squad long enough and stay around for the next set of qualifiers.

The biggest surprise of the qualifiers was how poorly TNC Predator performed. The MDL Chengdu Major champions took the world by storm with their trademark Filipino aggression that saw their young playmakers consistently outplay opponents backed up by veteran tact. It looked like the perfect formula, but the team’s form has dropped precipitously off a cliff.

Their slump after the organization’s first Major trophy has continued. TNC have struggled to adapt to the new meta introduced with the Outlanders update. While brawling strategies became the norm, which appeared to fit TNC’s style, the team has stuck to their old drafts and heroes that were immensely successful during their championship runs.

A team with the three best players the Philippines has to offer continues to generate highlight reels, but there are also games where they looked entirely bereft of ideas. TNC have practically guaranteed their ticket to The International 2020 with their Major win, but they’ll need to take the long route through the Minor if they want to attend the LA Major. The scenery might help them clear their heads and see a return to the tremendous form that left even a two-time TI winner impressed, though.