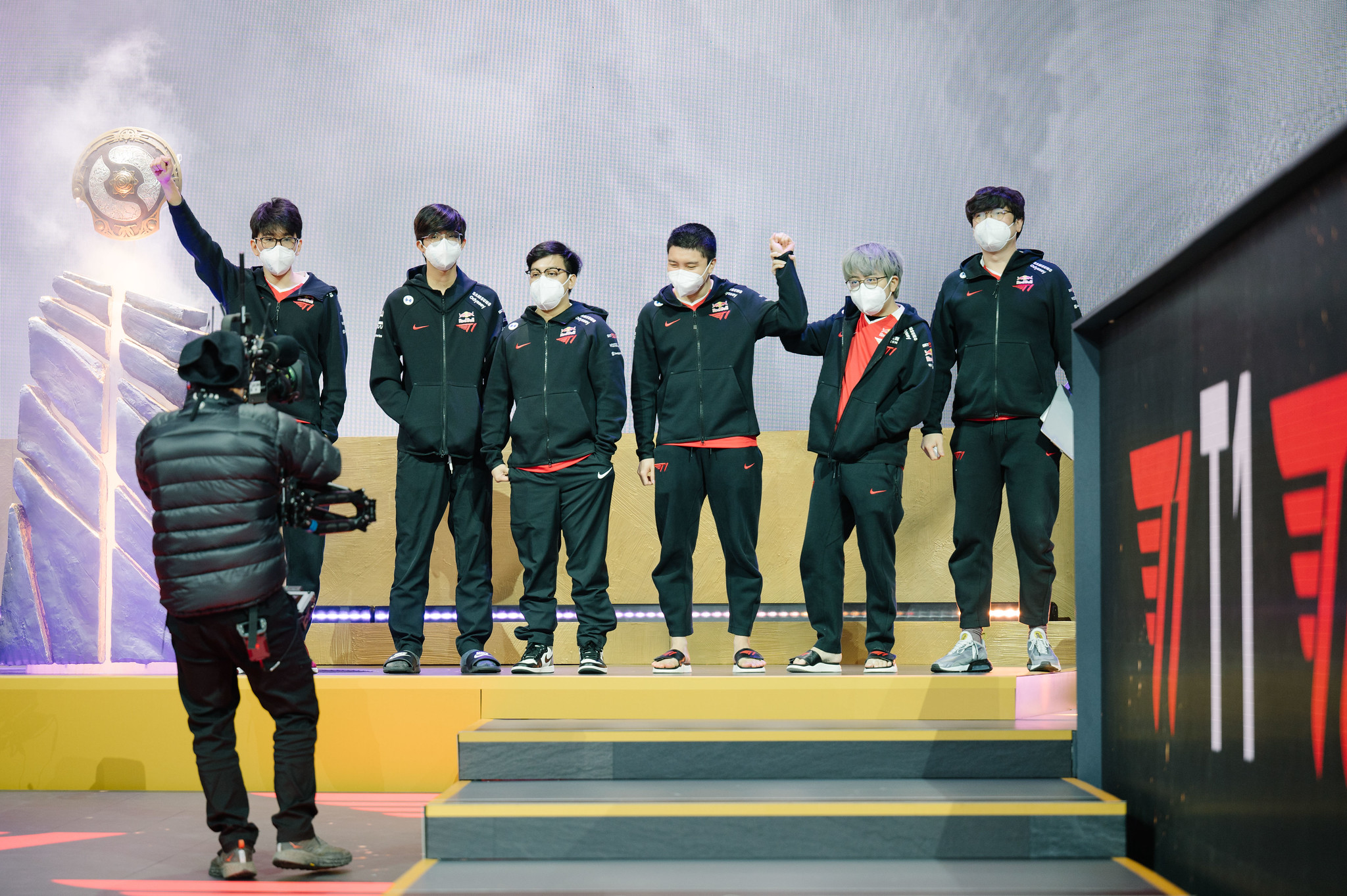 While most teams with little to middling success during the Dota Pro Circuit are going through a period of rebuilding or shuffling players around ahead of the next season, the top dogs from each region are weighing their options regarding potential changes to see if they can improve their already impressive results. T1 is in that position, and the organization has decided to keep its core together.

T1 has resigned its entire roster to new contracts, including head coach and Dota 2 legend March. This means, in a region like Southeast Asia that was already highly in flux, T1 has an even bigger edge with arguably one of the best five-man lineups in the game—Kuku, 23savage, Xepher, Whitemon, and Karl.

The 2021 DPC was the first time T1 had seen any form of true success in Dota 2 after stepping into the scene in August 2019, attending both Majors and qualifying for The International 10. However, the team fell short on the main stage of TI, finishing seventh in the organization’s first appearance at the event and still taking home more than $1 million.

The majority of T1’s lineup is made up of former Geek Fam players that went their separate ways once the organization released the roster last September. T1 was quick to snap up Xepher and Karl, and would later bring in Whitemon and Kuku during season one of the 2021 DPC. That core carried the team to a third-place finish and a ticket to the ONE Esports Singapore Major, though they would go on to be one of the first teams eliminated while playing without Kuku due to health problems.

It wasn’t until T1 was able to acquire 23savage that the team really became a force, finishing first out of SEA in the second regional league, taking third place at the WePlay AniMajor, and later making a run at TI10.

Now, T1 is easily the SEA favorite heading into the next DPC season, especially considering Fnatic, TNC Predator, and several other teams that were contending for that title are still going through big changes.