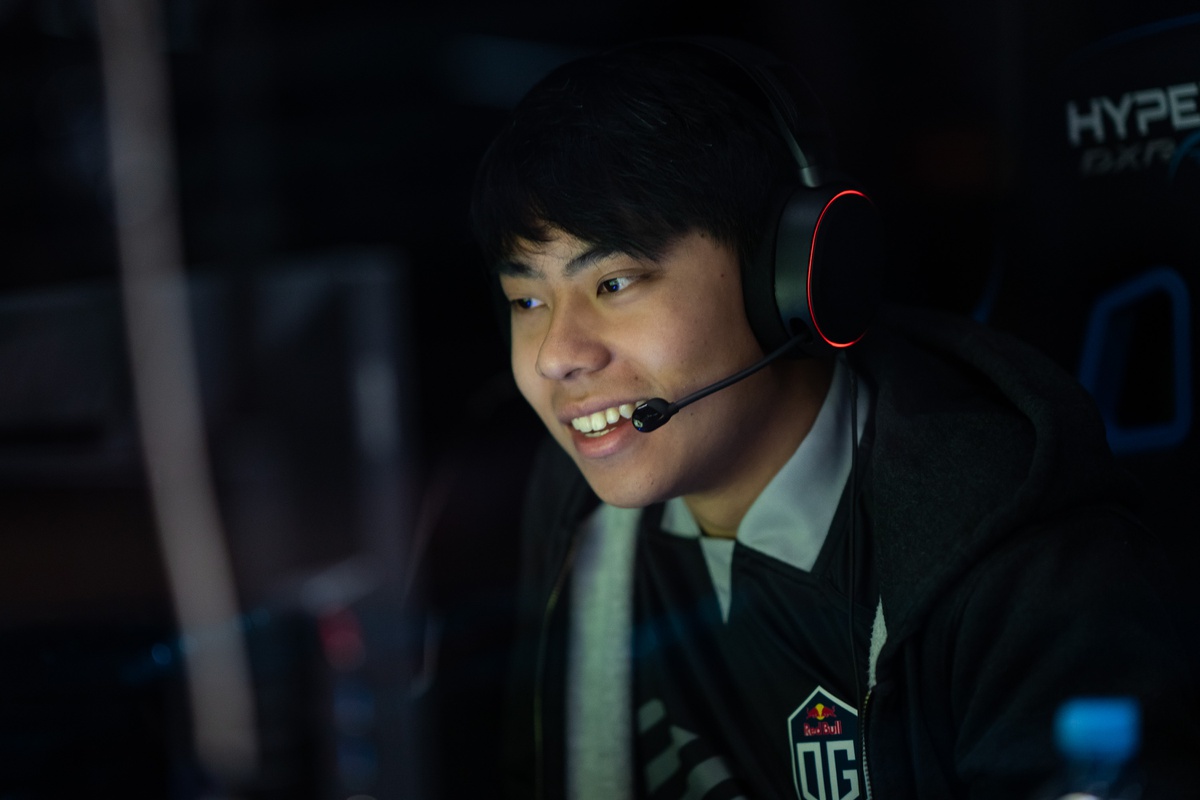 The second day of The International 9 is wrapped up for Group B. While Group A was the more exciting pool yesterday, Group B saw its fair share of nail-biting finishes and heartbreaking upsets today.

Defending champions OG rocketed to the top of the group, winning six games today to practically ensure a berth in the upper bracket. OG have already won more games in two days than they did in last year’s group stage where they went 8-8. Natus Vincere, Vici Gaming, and Evil Geniuses round out the top four.

The rest of the Group B standings can be seen here:

OG had a stellar day two, winning three series against Evil Geniuses, Ninjas in Pyjamas, and Royal Never Give Up. The defending champions are brimming with confidence and playing with so much momentum on their side. The European team’s classic gameplan of Topias “Topson” Taavitsainen making space and Anathan “ana” Pham carrying in the late game appears to be working just fine.

OG even brought out a carry Io not once, but twice against NiP. While Io hasn’t been doing well as a support hero, ana showed that carry Io just might be the way to go. The hero hits a massive power spike with its level 15 talent, allowing it to both farm and crush teamfights with constant Spirits spam.

Na’Vi were the first surprise of day two, winning five games and only losing one to bring their record to 7-3. They’re now tied for second place with Vici Gaming. They crushed Virtus Pro in a CIS clash, took one game off Infamous after a mega creeps comeback, and beat up Group B’s resident punching bags NiP in a show of force. It’s been years since the phrase “Na’Vi is back” has been used at TI, but now might be the correct time to bust it out.

Vici Gaming started the day brightly with a 2-0 win against Major winner VP. In an extremely entertaining game one, Vici brought out one of Zhang “Paparazi灬” Chengjun’s signature hero in Morphling, which led to some off-the-wall shenanigans and a rampage.

Vici, however, proceeded to lose three games in their next two series, including an astounding loss to Infamous and two to the underperforming Evil Geniuses. Thanks to their perfect first-day record, Vici still hold on to the second spot in Group B, but the championship favorites will have to be more careful heading into day three.

Related: Infamous hand Vici Gaming their first loss and OG even up the Group B standings at TI9

Evil Geniuses began the day with two losses to bitter rivals OG but defeated Vici and RNG for a 4-2 record. EG definitely improved on their dismal day one record as they kicked their play up another notch.

Artour “Arteezy” Babaev might have severely underperformed on the first day, but he proved that he can hang with the best. A spectacular solo rampage by Arteezy turned a dire situation into a much-needed win.

Infamous finished the day with a 4-2 record. The fearless Peruvians seemingly don’t care about the meta. Picking comfort heroes for their players and delivering wins in style, Infamous took one game off Vici and Na’Vi and swept Fnatic. The South American squad have a gameplan and aren’t afraid to stick to it, allowing carry player Hector “K1” Rodriguez to farm while the rest of the squad strike fear in their enemies. This was a great showing from the underdogs and they’re definitely an entertaining team to watch.

Fnatic and Virtus Pro both end their days at 3-5. Fnatic picked up a single win against NiP, while VP actually failed to gain a victory. Both teams started positively on day one and will have to take a long, hard look at their second day to figure out what went wrong.

NiP and RNG are serving as Group B’s punching bags, each ending the day with 1-7 records. NiP picked up a single win against Fnatic and RNG lost to both EG and OG. They’ll finally meet each other tomorrow, which could be an important match to decide who heads home and who gets to play one more day at The International 2019.