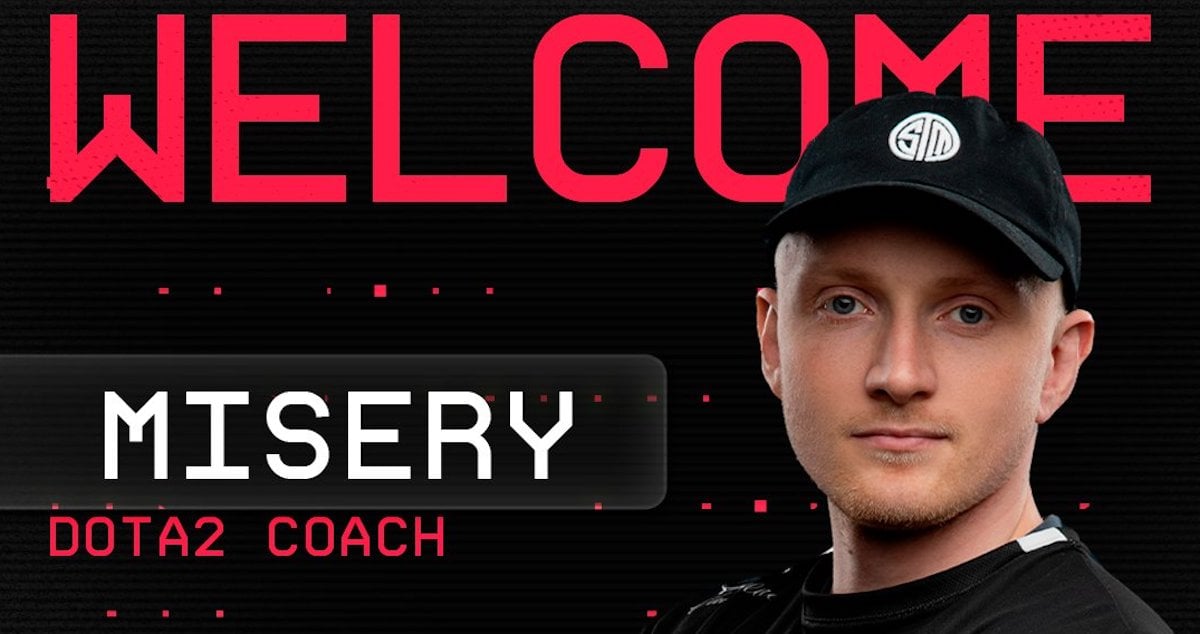 TSM announced it is bolstering its Dota 2 roster with a new coach, MiSeRy. The former TI runner-up was with the team throughout its run in the Stockholm Major.

With Misery in the coach’s seat, TSM placed second in the Stockholm Major, one of the strongest showings for the NA region in the last few seasons. TSM were able to make its way to the grand finals through the upper bracket but fell short of glory in a four-match series against OG.

While falling one step short of glory may look demoralizing, second place in a Major is still a fantastic achievement, and it looks like TSM is ready to continue its journey with its momentum and coach.

MiSeRy has been a competitive Dota player since 2008 and is one of the most well-known figures within the scene. Throughout his career, MiSeRy played in almost all the major regions. Europe, China, North, and South America all welcomed MiSeRy during his career. MiSeRy was also competing in the DPC under Hellbear Smasher’s flag until late 2021.

The start of 2022 had been slow for MiSeRy as he remained a free agent. Now that the team’s back for another DPC season, they’ll be looking forward to attending the next major, which will be held in Arlington, Texas.