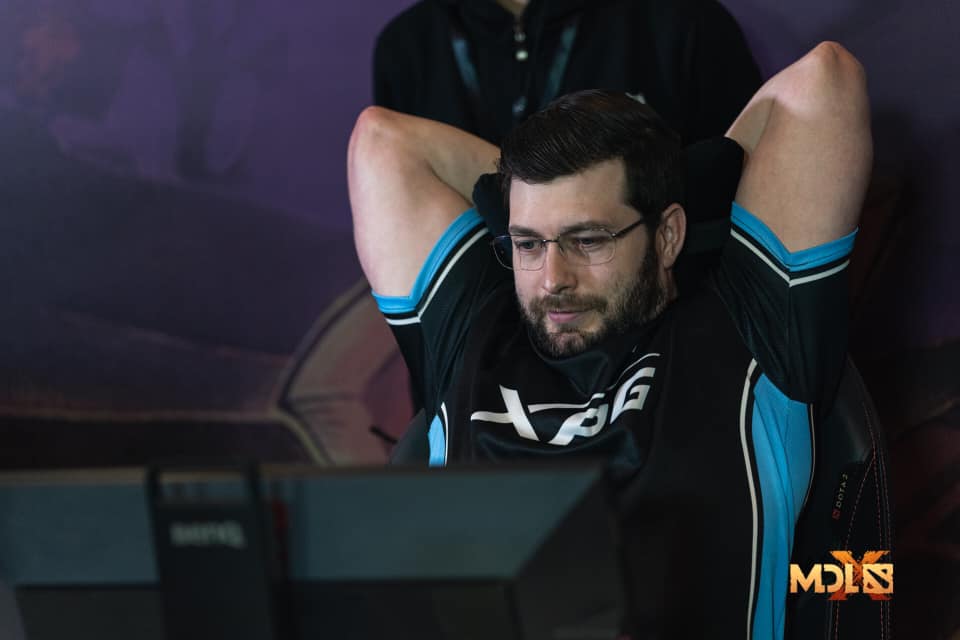 J.Storm mowed down Team Liquid in a reverse sweep 2-1 in the first round of the upper bracket at the MDL Chengdu Major. Liquid stomped game one but wavered in the face of J.Storm’s affinity with strength cores in the last two games.

Liquid and J.Storm are both sporting players for the new Dota Pro Circuit season. Liquid lost legendary captain Kuro “KuroKy” Takhasomi and his illustrious stack and picked up another European lineup in the ex-Alliance roster, while J.Storm lost star carry player Roman “Resolut1on” Fomniok to Virtus.pro.

This marks the first meeting of the two rosters, and hopefully for the both of them, not the last of the Dota Pro Circuit. While Liquid has looked good so far in the Major, the European qualifiers will get more stacked when the likes of Team Secret, OG, and KuroKy’s stack return to the fray. J.Storm has looked better than expected so far, but yet more North American organizations have popped up to threaten the status quo in the region.

J.Storm picked up a lineup that lacked lockdown, taking Lycan and Viper. Liquid went all-in for teamfight, taking Faceless Void and Ancient Apparition, and rounded it off with burst magical damage.

The absence of teamfight heroes were very obvious from J.Storm’s side. While the lanes went relatively even for both sides, Liquid was able to have their pick of fights. The sheer amount of crowd control Liquid had from their lineup proved overwhelming for the North American side, and they were mostly forced to split push and take skirmishes.

While the game dragged on, the result was rarely in doubt. Liquid enjoyed farm on all three of their cores, while J.Storm’s Viper suffered heavily, with Lycan being the only hero that stood toe-to-toe with Liquid on the net worth charts.

J.Storm was forced to commit crucial ultimates on saves and minor support kills, while Liquid’s Chronospheres and Ice Blasts connected on the important heroes. Once Liquid built up a head of steam and moved up on the high ground, J.Storm relented.

While Liquid still had a lot of teamfight in their lineup, they weren’t allowed to freely execute this game due to the domineering presence of J.Storm’s heroes in the lane. Forcing the Void to get his items slower and picking a more naturally tanky lineup meant that J.Storm could actually survive initiations, and therefore snowball from there.

J.Storm found pickoffs again and again, and Liquid was forced to split-push even with their powerful teamfight lineup. The North Americans marched up to their base, daring Liquid to fight them. Liquid could not rise to the challenge and forfeited game two.

Liquid picked up Mars and Dark Willow, two heroes that have fallen out of the meta, supplementing it with ranged damage in Drow Ranger and Death Prophet. J.Storm had a Gyrocopter and Warlock locked in, and responded with Lycan to counter the Drow.

Liquid had an excellent laning setup, getting more farm out of the lanes then expected. J.Storm’s Gyrocopter suffered, but Leon “Nine” Kirilin’s mid Lycan proved to be the North American team’s talisman.

Liquid’s lineup demanded near-perfect execution due to their Mars and Dark Willow picks, while Nine simply had to run in and chomp down on the Drow Ranger. Along with some stellar Fatal Bonds and Chaotic Offering from Clinton “Fear” Loomis’ Warlock, J.Storm was in the lead. Liquid faltered every teamfight, and the Europeans inevitably fell to the rampaging Americans.

Liquid will be the side that needs to ask questions of themselves. The Europeans went into the series as favorites, and even beat out premier North American side Evil Geniuses previously in the group stage. Falling to J.Storm will no doubt be considered a disappointment, but luckily, they have one more chance to make things right. They will have to channel the former Liquid’s side embrace of the lower bracket, or they might be hard-pressed to find themselves at a Major again.

J.Storm will be happy to pull through the series. Coming into the tournament as underdogs, they’ve now confirmed a top-six berth, guaranteeing US$60,000 and 900 DPC points for themselves. A good result in the maiden DPC tournament will greatly boost their chance of making it to The International, especially in the face of an increasingly competitive North American region.

J.Storm moves on to face TNC Predator, the Southeast Asian contenders looking to make another championship run after lifting the ESL One Hamburg trophy. Meanwhile, Liquid is down but not out, and will duel with the winner of EHOME vs. Team Spirit in the lower bracket.