How to watch Valve’s Dota 2 True Sight: The International 2019 documentary

This could be a big event for more than just a documentary. 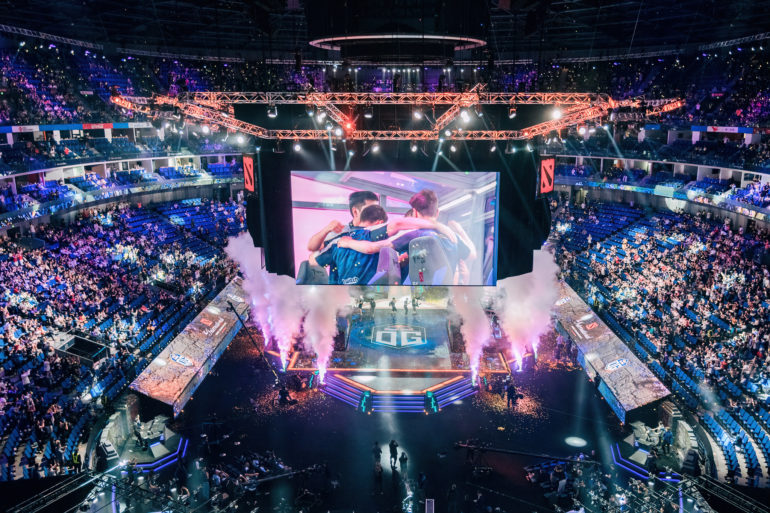 It’s time to relive the incredible Dota 2 battle between OG and Team Liquid that took place during the grand finals of The International 2019 by watching the newest installment of Valve’s TI documentary series, “True Sight.”

While the series normally focuses on the event itself, this year, the focus will fall almost exclusively on the two rosters that were fighting to become the first two-time champions and their journey to the finals.

But if you didn’t have the ability to grab a ticket and fly out to Berlin for the premiere, you can still watch the documentary from the comfort of your own home while enjoying all of the extra content that’s going to be shown live. And based on the changes that have happened to OG’s roster over the last three days, there’s no way you’ll want to miss it.

“True Sight” gives fans a look into the booth, showing the players in the heat of the moment as they’re playing with millions of dollars on the line. You’ll get explanations on things like OG’s insane carry Io picks, some of Topias “Topson” Taavitsainen’s deep rush downs, and how each draft was formulated.

If you want to watch the premiere, you can catch it live on the Dota 2 International Twitch channel or SteamTV starting at 12pm CT (7pm CET) on Jan. 28. This will include extra interviews with the players, coaches, and other staff members from OG who are going to be attending the event.

If you can’t watch it live, the entire documentary will be available on the Dota 2 YouTube channel soon after the stream ends.

You can also look forward to a special OG Night that will air at 1pm CT (8pm CET) on Jan. 29, where the players will go into more detail about their TI9 run and other Dota 2 topics. That will be streamed on Red Bull’s Twitch channel.

OG also teased that the team will be answering questions about the future of the Dota 2 roster at the event following the retirement of Jesse “JerAx” Vainikka and both Anathan “ana” Pham and Sébastien “Ceb” Debs moving to the inactive roster. Fans should tune in if they want to see what Johan “N0tail” Sundstein has planned for the team’s upcoming return to the Dota Pro Circuit.