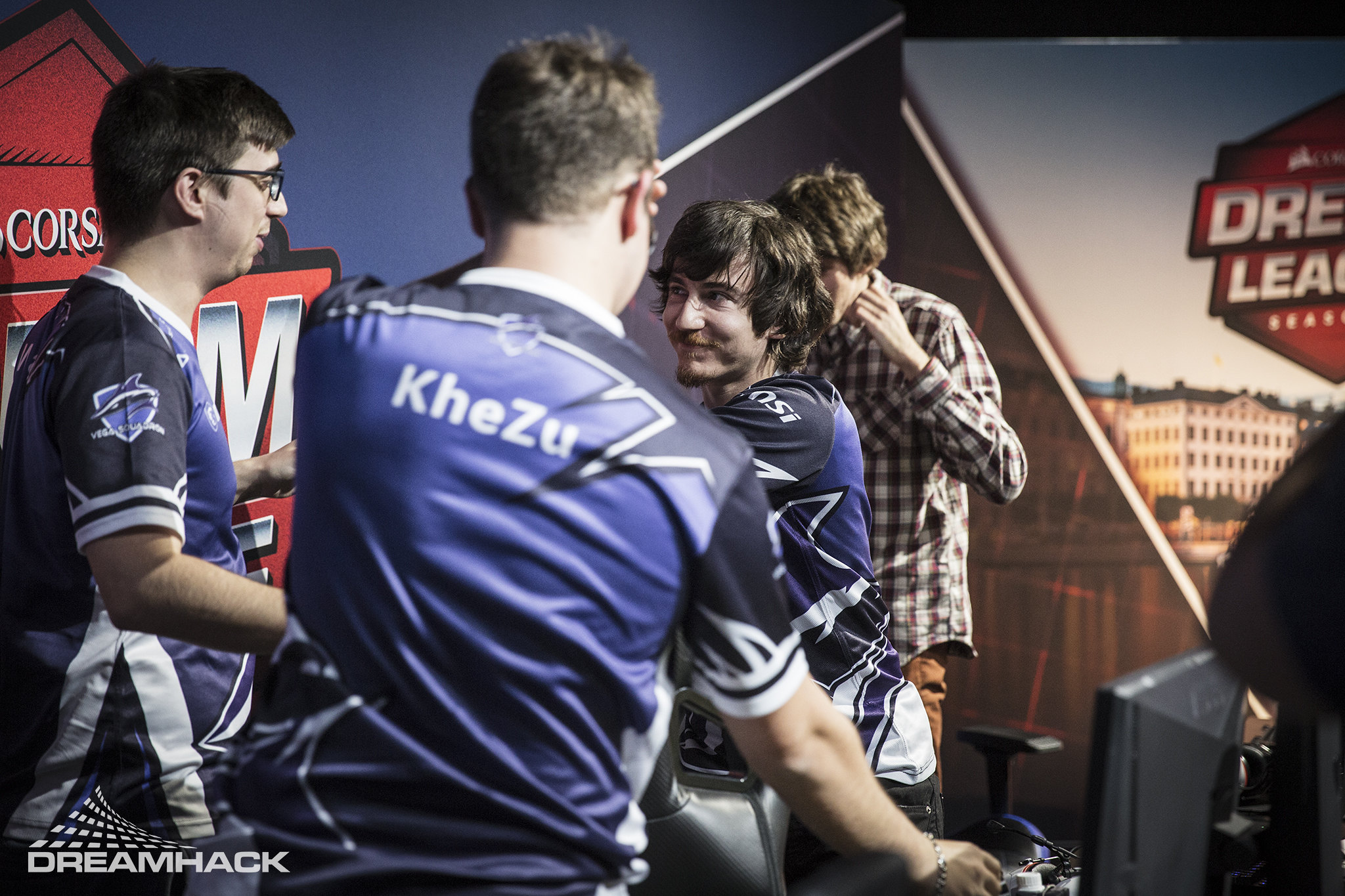 The issues with tier two esport organizations continue as Vega Squadron’s team manager, Allen “bonkers” Cook is accusing the team of having not paid its Dota 2 players.

This is not a new development either, with many players coming out to back bonkers’ statements and give their own accounts of their time with Vega. And in a time where the team is trying to build a roster for the upcoming season, this is a terrible look.

“During last season I assisted a stack that were picked up by Vega Squadron,” bonkers said. “Due to Team Liquid’s decision not to attend DreamLeague our team ‘Team Lithium’ qualified to the event. We were already in negotiations with Vega about picking the players up and us playing under [their] banner. It gave Vega added incentive to pick the team up and everything seemed fine.”

At the time, Lithium was a strong stack of players that nearly beat Liquid to qualify for DreamLeague Season 10, but fell just short. Liquid decided not to attend the event, which let Lithium sign with Vega and play at the Minor, where they placed fifth.

“Vega agreed that as we qualified for the event outside of their organization they would not receive a cut of the prize pool but would handle the money,” bonkers wrote. “To this day none of the players have received anything of the $15,000 prize pool that was paid on time by DreamLeague directly to Vega…Some players are still owed salary and honestly, the negotiations have pretty much stopped after some 6 months of trying to get the money from Vega.”

Bonkers has been serving as the team’s manager since coming the Lithium roster acquisition. DreamLeague is the only Dota 2 Pro Circuit Vega managed to attend during the season, but the team did play in many smaller events and even won the Qi Invitational Europe.

In his statement, bonkers noted that his players were not only owed their cut of the prize money, but also salary too. That means Vega failed to pay its players in more than one way, which was backed up by two of the team’s former players: Maurice “KheZu” Gutmann and Petu “Peksu” Vaatainen.

“As Bonkers stated earlier in his statement, Vega owe us about [$20,00], [$15,000] from LAST YEARS dreamleague minor, and [$5,000] from online tournaments,” KheZu said. “The Minor was in November last year btw. They were a good Org to us while we were in the team and under contract.”

KheZu also went on to say he has not been paid the full amount from earlier in 2018, the Galaxy Battles II tournament where he stood in for OG. The team won $45,000 for a fourth-place finish, but the tournament organizers have yet to pay out more than a fraction of that.

Bonkers went beyond just calling out Vega in his post. He also addressed Aachen City Esports for a similar instance during the team’s run in The International 2019 qualifiers.

“One of the players involved in the Vega team also signed to play for another team during The International qualifiers,” bonkers said. “The players agreed a fee to represent Aachen City Esports—honestly it was a pretty small fee, just a case of ‘we will play under your name if you pay us something and if we qualify for TI then the org gets extremely good deal’. The payment was supposed to be paid during the qualifiers but was delayed.”

The player in reference is Peksu, who came out with his own account of his time with Aachen. He confirmed that he and several other players from that roster, which has since been let go, have not been paid.

“I really wish there can be done something about this tournament paying orgs over players outside of TI,” Peksu said. “I understand that there are cuts that orgs want and so on for most contracts. Another thing i feel bad about both of these situations the fact that I see Aachen city Esports still signing ‘new’ team and acting like everything is fine when they are completely ignoring me and some other players and giving excuses for everything makes me kinda mad.”

The team’s failure to pay its members is not a new development in Dota 2—or in esports in general. Non-tier one organizations are constantly under fire for failing to pay players or shutting down while owing thousands in tournament winnings to the rosters that got the team that money in the first place.

Forward Gaming is one of the better examples that had a happy ending and the players were mostly aware of the issues at hand. That team ceased operations in July, right after the roster qualified for TI9, owing its players $36,000 in tournament winnings and their July salaries.

Those players partially knew how dire the situation was, but managed to go on to TI9, get sponsored by Newbee, and recoup that money lost. Most players won’t get that chance if their tier two organization decides to withhold winnings or shut down.

Vega is a very reputable organization and is one of the few tier two teams that have managed to survive for several years. But if this happened in 2018, how do we know the team hasn’t been doing stuff like this since the organization began fielding Dota 2 teams in 2014?

“To look at The International prize pool and be impressed by the numbers involved does not give you a fair indication of the money involved in dota, or the problems involved with being on the edge of the 1st Tier,” bonkers said. “For some reason people are afraid it will tarnish their own reputation by calling out these orgs that don’t make payment.”

In order to understand the plight of most competitive Dota players, you have to look beyond the big teams like Evil Geniuses and Team Liquid. There are dozens of organizations trying to make it to that level, but the players who start to make a name for themselves move on or the rosters are signed by bigger, tier one organizations before that can happen.

That leaves the tier two teams in a state of limbo, where they will never be able to compete at the highest level, which can lead to more situations like what is happening with Vega now.

“I appreciate it’s hard to run an organisation and turn a profit,” bonkers said. “But it’s also pretty sickening when you see these organisations not paying players, outright lying when they are making up excuses for non-payment, and then pickup up further teams and players to do it all again. Something has to be done about the distribution of money within the industry, and someone has to make those unwilling to pay be made accountable.”