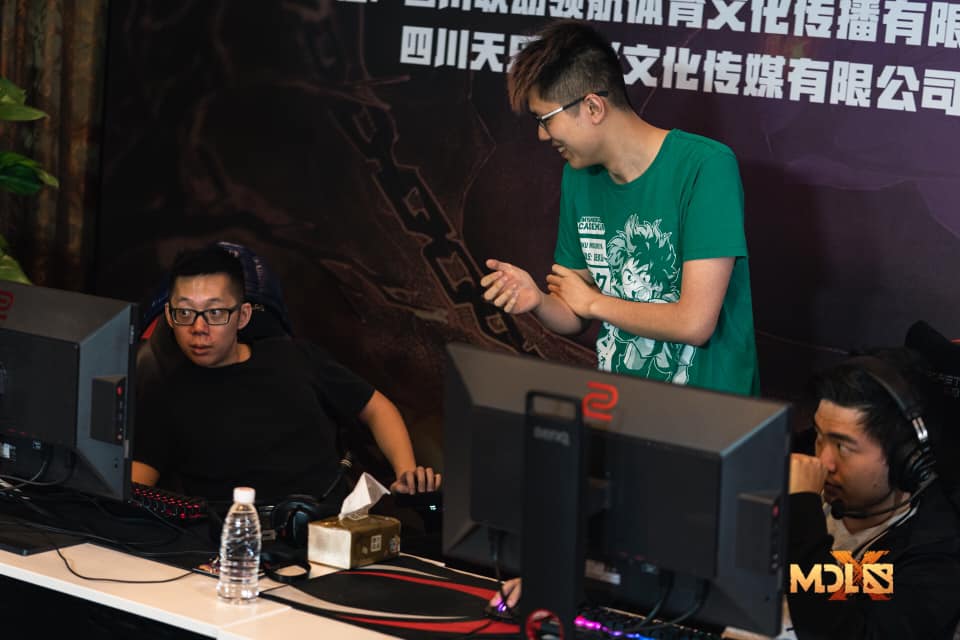 Fighting PandaS completed a stellar second day at the MDL Chengdu Major, winning all four games en route to taking the second upper bracket slot in Group A. Jacky “EternaLEnVy” Mao’s squad demolished Team Unknown and EHOME, avenging their loss to the latter on the first day of the Dota 2 Major.

Fighting PandaS were up first against Team Unknown. Taking a page out of TNC Predator’s book, EternaLEnVy picked up the Night Stalker carry for himself, along with an Outworld Devourer for additional late-game security. Unknown stuck to their guns, going for the support Death Prophet and a Tinker for the mid lane.

Fighting PandaS’ early game was supplemented with the roaming Mirana, and he assisted kills in every lane. It gave space to the North American squad and it wasn’t long before Jonathan Bryle Santos De Guia’s Outworld Devourer took over the game. Bryle crushed his lane against the Tinker, and proceeded to see the game through for PandaS.

Once again, Unknown found themselves on the back foot early. Despite Alchemist farming well, the ranged duo cores from PandaS were rarely pressured. Gyrocopter even managed to solo kill the Alchemist once in the mid lane, signifying what was to come for the South American squad.

Unknown couldn’t find a proper foothold in the game. Every teamfight inevitably fell to PandaS’ favor, and the South Americans could only find supports in each trade. It wasn’t long before PandaS’ ranged cores reached their peak, and it was an easy matter for the North Americans to finish the game and stamp in their revenge match with EHOME.

Game one saw EHOME picking up Templar Assassin in the first two picks, followed by a Gyrocopter as their carry. PandaS responded with a Monkey King to counter the Templar, while also picking up a carry Juggernaut and support Magnus to empower the melee cores.

PandaS were content with farming up their two melee cores with the Magnus. Monkey King and Juggernaut simply scaled faster than the rest of EHOME, and the teamfights started going in the North Americans’ favor. PandaS went 11 unanswered kills before EHOME meekly conceded to their overwhelming might.

EHOME went for a different strategy in game two, taking the Night Stalker carry for themselves along Zhao “XinQ” Zixing’s potent Skywrath Mage. PandaS picked up the Alchemist and Gyrocopter as their two cores.

This time, the Chinese squad fared better in the early proceedings in the side lanes. The Alchemist went relatively unpunished, however, and despite one death at 13 minutes, he managed to farm up his Radiance. It was relatively straightforward for EternaLEnVy’s team from then on, grouping up against the Alchemist and powering through to complete their clean sweep on day two.

Fighting PandaS secure their upper bracket berth, and will face Vici Gaming in the main event. Vici defeated both Alliance and Team Spirit in their Group B showing and will look to get back to winning ways after the loss of their former captain, Pan “Fade” Yi.