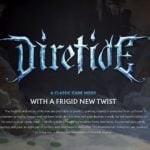 The 2022 Dota 2 battle pass is following a different release approach. For the first time ever, Valve divided the 2022 battle pass into two parts. The first chapter of the battle pass was released on Sept. 1, and players will have to wait for after The International for Part II.

Considering the number of available cosmetics in the first part of the battle pass, players are unlikely to have a shortage of content. The first immortal chest is filled with awesome skins, and the first line of arcanas and personas will be the goal of all battle pass owners.

Though Part II of the battle pass is reserved for a later date, Valve was kind enough to tease what was waiting for Dota 2 players in the upcoming months.

Diretide, the Dota 2 classic, will be returning after a two-year-long hiatus.

Candyworks and Treasure Emporium will allow players to use the candy they’ll gather during the Diretide event.