Dota 2’s competitive scene has been having somewhat of a dry spell with the postponing of its crown jewel, The International, due to the COVID-19 outbreak. While League of Legends fans could make the best of their remaining competitive year with Worlds 2020, it has been up to the tournament organizers to host online tournaments to keep the scene active.

EPIC Esports Events has been working tirelessly over the last couple of months, and it is coming back with yet another top-tier event, EPIC League, with a $500,000 prize pool.

EPIC Events was also one of the organizers for the Omega League, which hit over 400,000 peak viewers, making it the non-DPC second tournament who’ve managed to do that. Not only the quality of Dota 2 has been top-notch in the tournament EPIC Events had the pleasure of piecing together, but it’s production quality also received a round of applause from the game’s community.

The balanced formula of featuring some of the best Dota 2 talents inside a studio, with the necessary health measures, while having the teams competing from their homes’ safety worked tremendously. The ancient Rome theme of the event was also the cherry on top, and the Dota 2 community is already hyped about what Epic League has to offer.

The eight invitees have already been announced, and more teams will join them through the qualifiers. The open qualifiers will be kicking off on Oct. 29, and those who make it will clash it out in the closed qualifiers to make it into the main event.

The invited teams are as follows: 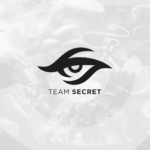 The organizers haven’t disclosed which iteration of Virtus Pro would be joining the event as the organization’s second team, Virtus Pro Prodigy, has also been doing exceptionally well in terms of results, and the main squad recently became inactive last month.

VP’s main roster went inactive right after a couple of roster shuffle leaks surfaced in the CIS Dota 2 scene. Rumors suggested that Roman “RAMZES666” Kushnarev would be returning home to replace Igor “ilTW” Filatov, and with iLTW joining a new stack, VP could be getting ready for a debut with its new roster.