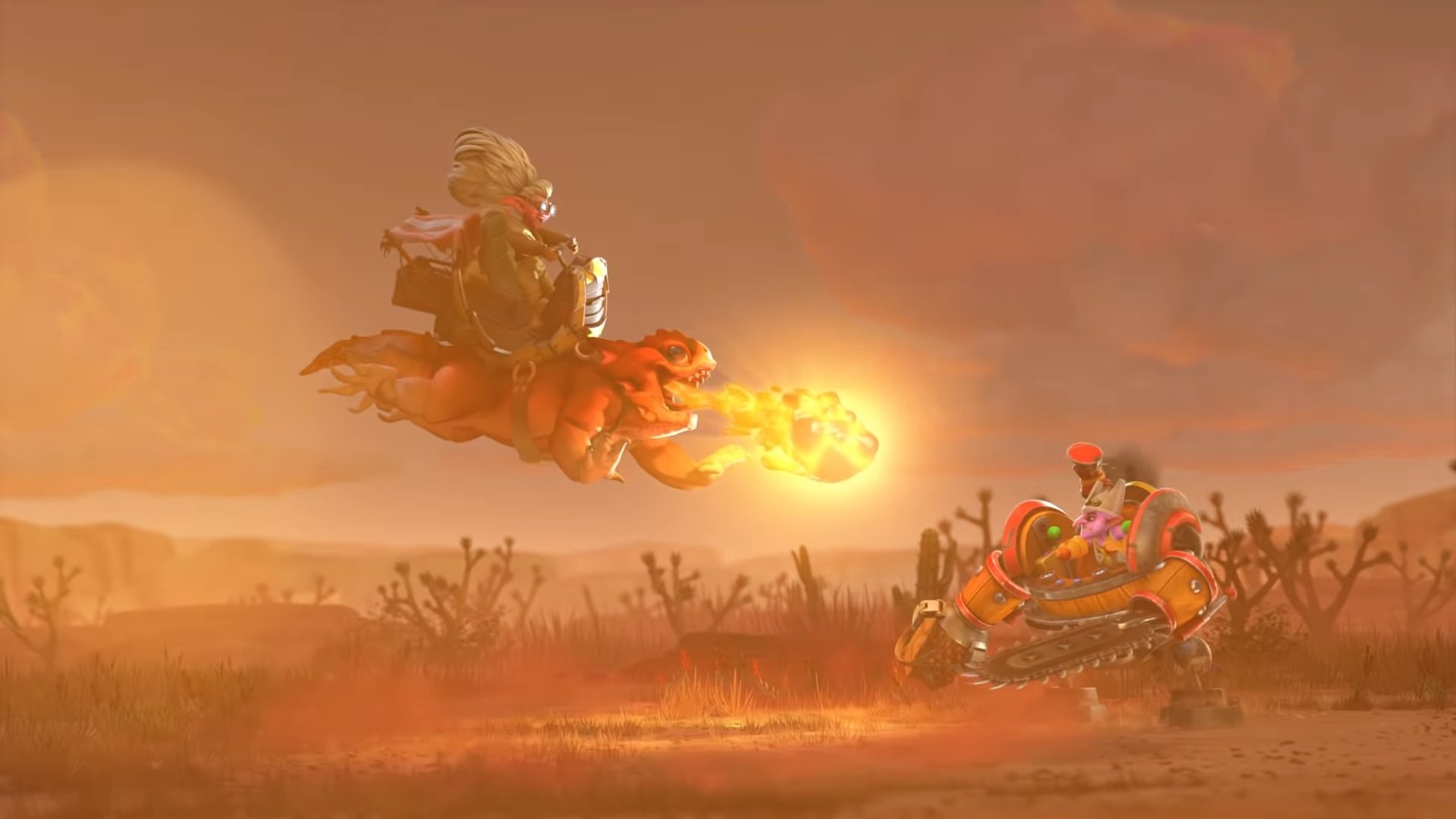 Another new Dota 2 hero has been revealed on the main stage of The International.

Snapfire, an elderly lady with an adorable dragon mount, will be joining the roster sometime this fall, Valve revealed today.

The trailer didn’t show off any gameplay, but with the How to Train Your Dragon comparisons flying around already, Snapfire is bound to be a fan-favorite hero when she’s released.

As she rides her trusty steed to chase down a Batrider that stole her freshly-baked cookies, there are short glimpses of what are sure to be Snapfire’s in-game abilities. A rifle, mounted guns on the back of her dragon companion, and what appear to be buff-granting cookies were all featured in the short trailer.

At first glance, Snapfire could be a new mounted hero with spells that have her using her dragon to shoot fire and blast enemies using the mounted guns. Her own rifle could be a separate ability and the cookies might just add more versatility to her potential kit.

No further hints were given about what kind of hero she’ll be, but based on how movement-based the trailer showed her being on her mount, Snapfire’s classification will likely land closer to an Agility hero.

Speculation will flood the Dota community as fans anxiously wait for her release before the end of the year. Fans just hope that Snapfire will be released in a more usable state than Mars was earlier this year.