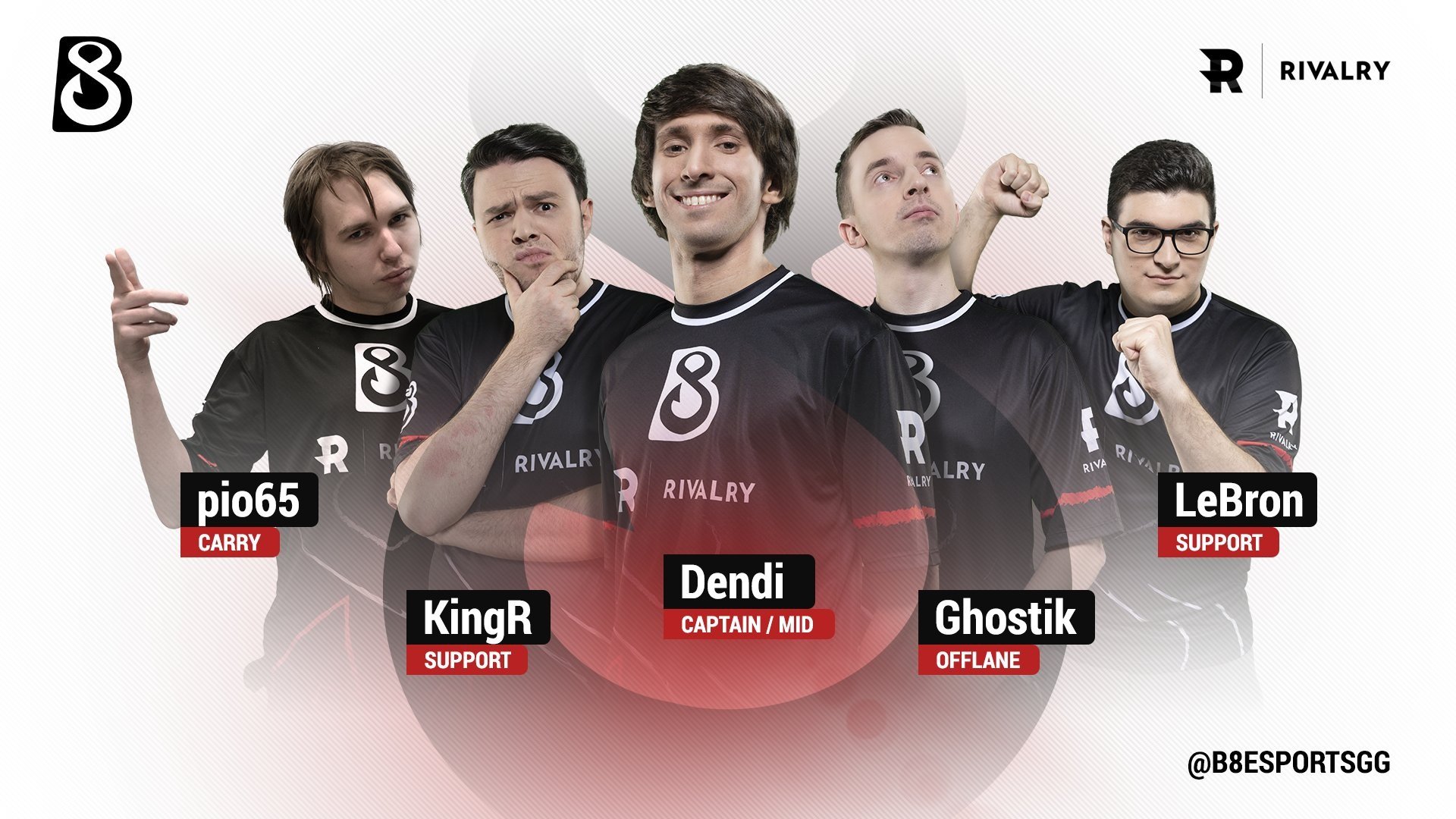 All good things must come to an end, but not quite yet for Danil “Dendi” Ishutin. As one of the first winners of The International in 2011, Dendi’s charm and fun-loving personality saw him shoot to superstardom as one of Dota 2‘s premier talents in the early days.

The mid laner had a long and successful career with Natus Vincere but found himself out of the squad last year. Now, the legend is back with his own player-owned organization and has finally announced the players he’ll be playing with on B8 going forward.

Dendi will retain his position in the mid lane. The rest of the roster features familiar names in the CIS scene, except for carry player pio65. He had a brief stint with LeBron at Natus Vincere and has played with KingR and Ghostik in various qualifier stacks.

The roster was announced along with a new sponsorship with Rivalry, an esports betting website that has ties with other Dota 2 organizations such as Furia Esports and beastcoast.

Dendi previously announced his own player-made organization under the banner B8 with a charming video where he played an old version of himself. He references the old days of him winning TI1 and maintains that his story isn’t quite over yet.