Chessie talks about the current state of professional Dota, switching regions, and financial issues in the scene

Another Dota 2 veteran speaks out for change on the professional level. 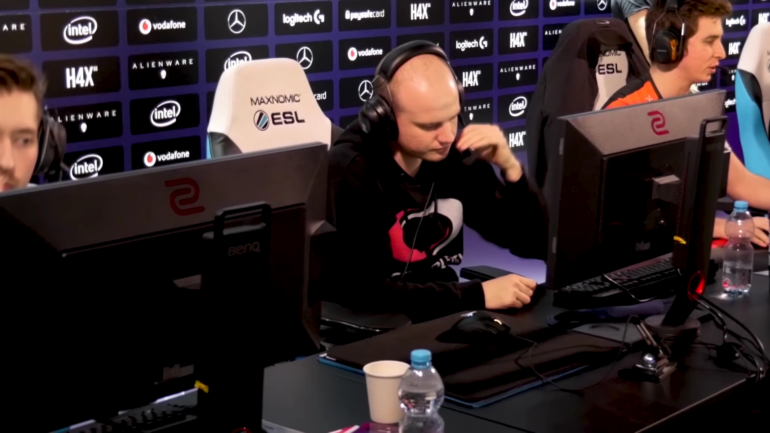 Just hours after making it into the grand finals of The International 2019 European qualifiers, Dota 2 veteran Rasmus “Chessie” Blomdin decided to use this publicity to talk about the current situation for players on smaller teams.

Chessie has spent the majority of his career playing in North America before moving to Europe to play with The Final Tribe, one of the most stable non-top tier organizations in the region. Now in the spotlight of nearly making it into TI9, he posted a TwitLonger, hoping to shed some light on a few issues in the Dota 2 scene.

Chessie said he’s essentially been a full-time esports player for his entire adult life, playing Dota 2 professionally for various teams since his early 20s. When he made the switch over to Europe, Chessie moved into one of the most highly competitive regions in all of Dota. Along with China, the EU region has several of the top teams in the world each season, which is a big difference from the region where Evil Geniuses is the perennial winner every year.

“In my opinion, the quality of our current team in The Final Tribe is at the very least similar in skill to my previous ones in compLexity [Gaming], if not even better,” Chessie said. “Despite this, if nothing changes with the way tournaments are being played for T2/T3 teams, I am going to have to seriously consider either switching regions like a lot of other people have done this season, or give up on professional Dota altogether.”

The T2 and T3 he mentions are terms used for smaller organizations that field teams but don’t have the same resources as bigger squads. When Chessie played in NA, his team at compLexity would’ve been considered tier-two while EG was and still is a tier-one organization.

EG, Team Secret, Virtus Pro, and LGD Gaming are always going to be in the conversation for the best team in their respective regions because the current format heavily favors big organizations. Players want to get on one of those bigger teams because that gets them the most exposure.

For esports players and specifically Dota players, if you aren’t on a big team, then it’s highly unlikely your squad will make it out of any qualifiers for big tournaments—especially in the bigger regions. And even if a team becomes really good without being under a tier-one org, those bigger names will swoop down and either pick apart the roster by offering players more money to join them or just sign the entire roster to their banner.

Infamous, for example, were a dominant force in South America for most of the 2018-19 Dota Pro Circuit. SA is considered the weakest region, so when they started dropping games to other smaller teams, they dropped their whole roster and signed Team Anvorgesa, an independent stack of players.

This is a common outcome for players and rosters since tier-one organizations can provide the most stability, access to a built-in audience for streams, and likely have one of the most talented rosters in their region. This leaves tier-two and tier-three teams struggling to keep their players.

This has been a big problem this season when Valve switched how the Major and Minor events would be run during the DPC. Instead of a set number of teams earning invites, every team had to play their way through open and closed regional qualifiers. So teams like TFT were constantly playing against Alliance, Team Liquid, Ninjas in Pyjamas, OG, and Secret just to try and earn a spot in a Major. And if they didn’t get one of the two or three spots, they had to fight some of those teams again for a spot in the Minors.

“This entire year of Dota, we have made a total of $17,500 in TFT,” Chessie said. “Compared with my previous years in NA. This is not a financially viable situation, we may not have been the best team this season, but I truly believe I would have made a whole lot more in another region.”

Chessie isn’t the only notable player to bring up the flaws of both the DPC and how smaller teams are completely shut out of Major events in recent months. NiP captain Peter “ppd” Dager also posted a TwitLonger earlier this season discussing the need for changes at DPC events and more tournaments with decent prize pools for smaller teams.

“Currently in Dota there is an extreme lack of opportunity for anyone who does not compete in DPC events,” ppd said. “This means if you aren’t on one of the top 3-5 teams in your region you will not have access to any prize money, international competition, or audience exposure. Without these things it nearly impossible to find a team willing to sponsor you that would help you offset the costs of everyday life.”

Ppd suggested the creation of domestic leagues that would work as training grounds for the tier-two and tier-three teams and could even replace qualifiers for certain events, letting the teams who do well in the leagues earn entry to other tournaments. ImbaTV, a Chinese esports broadcast and event organizer, is working on something like that for younger players in China.

This pushes Chessie’s main point: There’s no clear path to climb the professional Dota 2 ladder if you aren’t with a tier-one team.

“With the current tournament structure, we can not make any money unless we become a true T1 team and thus will not be able to justify playing professional Dota,” Chessie said. “We all know that there are solutions to this, I will not debate which route is the best to go but to put all this money into one tournament [The International] and not nurture the T2-T3 scene at all is absurd.”

This isn’t something that’s isolated to just Dota, either. Games like League of Legends and Overwatch are slightly better about it, but still struggle with similar issues when it comes to players.

If something doesn’t change, the scene might become overloaded with talent that has nowhere to go. They’ll sign with a middling organization to stack with other talented players, either veteran or new to the scene, and try to make some headway by competing in a regional qualifier for a Major.

If they don’t win, they’ll try to compete in smaller events. But other bigger teams who also don’t make it into the Major will be there to just swipe the win and the largest prize available. Eventually, that mid-tier team will fold, with players jumping to another stack or retiring.

But if a team does something like what Team Anvorgesa did and they make it into a big event, they’ll become a target for struggling organizations looking for new blood. Maybe there’s one extremely talented player on the roster and tier-one teams will come calling to fill holes in their rosters.

The best case scenario here is that the whole team gets absorbed into the larger org and can continue playing together under better circumstances. But that just resets the cycle for another stack that now has to deal with the new tier-one team.

Either Valve or other companies like ImbaTV need to step up and form more restricted tournaments that can help teams like TFT take care of their players. Otherwise, Dota 2 will become another top-heavy game with no exciting smaller teams to root for.

“I truly hope something changes in the upcoming seasons so we can keep playing the game we all love so much for years to come,” Chessie said. “For now, the games we play tomorrow means everything and we will play our hearts out, the whole season has lead us to this moment.”

Chessie and the rest of TFT will be playing for one of the final three spots at The International 2019 at 9am CT on July 14.