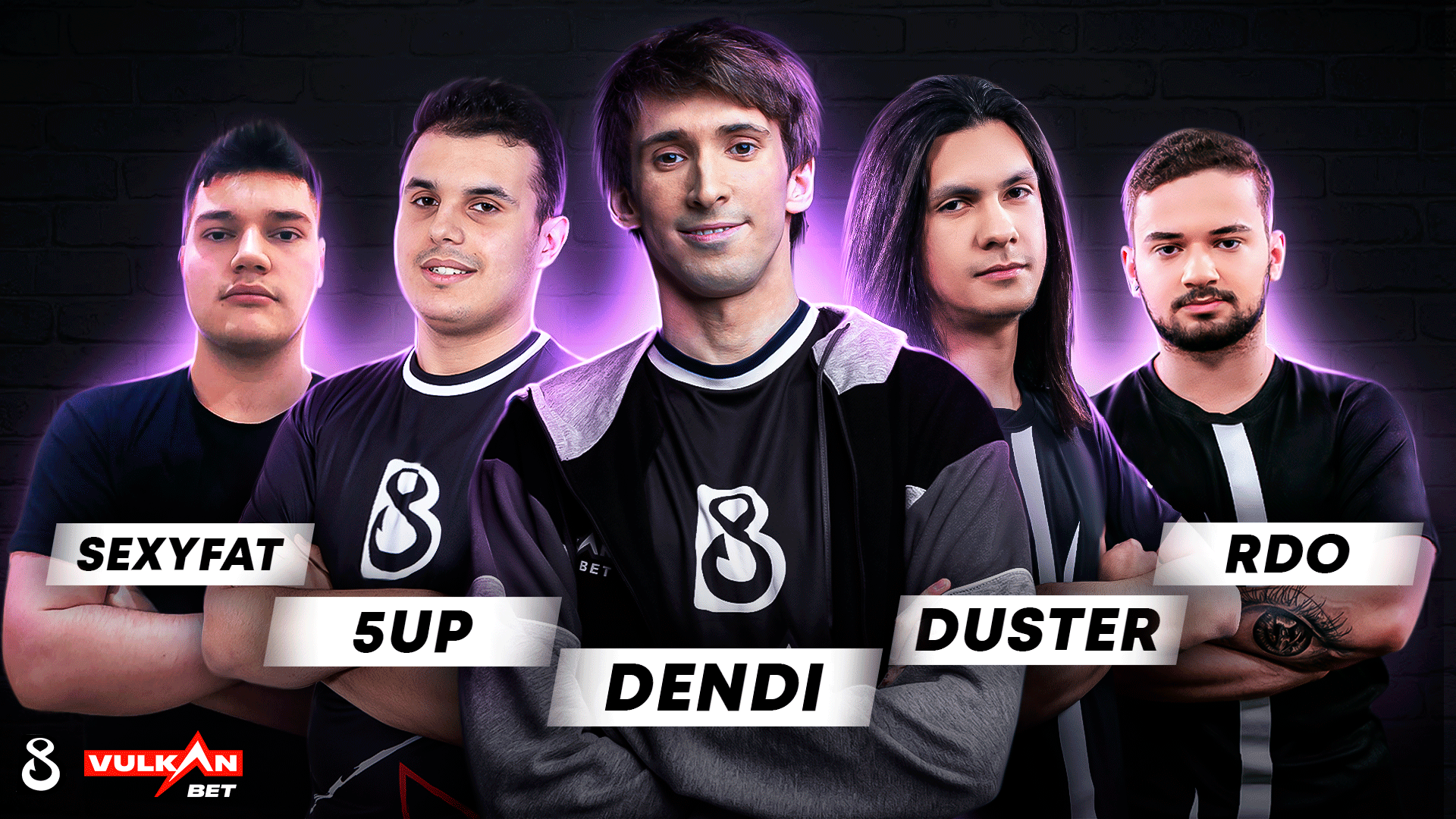 After a series of disappointing losses and multiple roster shuffles, B8 has finally pulled the trigger on a massive move that will shake the Dota 2 team to its core, bringing in three new players and two coaches.

All three of the new players aren’t coming in from various CIS squads but are instead moving over from South America to compete alongside Dendi in the 2021 Dota Pro Circuit.

Heitor “Duster” Pereira, Diego “Sexyfat” Santamaria, and Leonardo “RdO” Fernandes are all Brazillian Dota 2 pros that previously played under the Midas Club tag before being signed by Havan Liberty. That partnership ended in October and the team struggled to piece together a working roster after they reverted back to Midas Club.

The team competed in the CIS for several months despite its SA roots, and that led to discussions with B8 management when both sides hit a wall and were having roster issues.

As a result of this signing, Oleg “LastHero” Demidovich has been released from the roster, leaving Dendi and Enis “5up” Elfki as the only players remaining from the previous B8 squad. Filipe Astini, the previous CEO and coach of Midas Club, is also joining B8 as a coach alongside ex-Team Singularity coach Daniil “MeTTpuM” Gilev.

B8 has a lot of work to do to climb out of the rut the team was digging through in 2020, but this massive shakeup might be just what Dendi and co. needed.