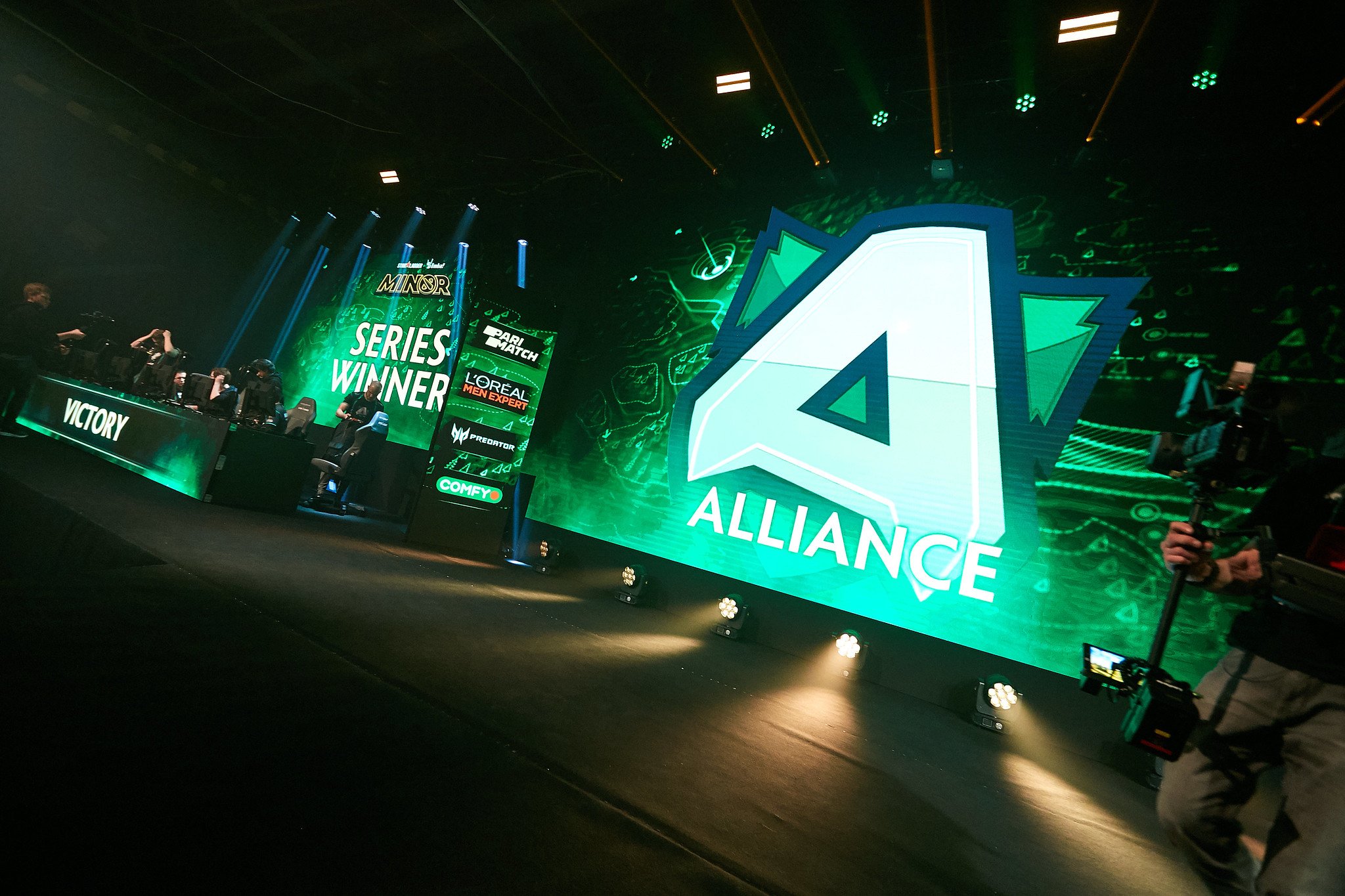 The two teams previously met in the group stage of the event, where Gambit easily took that series 2-0. It was an entirely different story this time around, however. Alliance survived a game one scare and finished the second game in style to take the series 2-0.

Game one proved to be one of the most entertaining matches at the Minor so far. Alliance, learning from their previous experiences, picked up an atypical carry for Nikolay “Nikobaby” Nikolov in the Dragon Knight.

It was a razor-thin margin separating the two squads throughout the game, but beautiful teamfights from the Europeans saw them kite and drag Gambit around at will.

The game turned on its head again when Gambit’s Danil “gpk” Skutin picked up a Divine Rapier on his Sniper. Even with the Rapier, Gambit struggled to bring down Alliance’s durable cores consistently.

It was a battle between spear and shield. Alliance’s shield was the one to hold firm, shattering Gambit’s divine weapon and finally securing the hour-long slugfest in their favor.

The second game saw Alliance committing to the Dragon Knight once again. Gambit responded with some signature picks in Storm Spirit, Morphling, and Axe.

Gpk’s Storm Spirit did an admirable job, setting up the few kills Gambit managed to get and topping the net worth charts in spite of his team’s predicament.

It was Alliance that dominated from start to finish, however, and even a player of gpk’s caliber could not stop the game spiraling out of control for the CIS crew.

Gambit exit the tournament in third place with $60,000 and 140 Dota Pro Circuit points in hand. As always, their wunderkind mid laner has been a bright spot in their campaign. Without the player’s return, Gambit might not have been able to make it this far into the tournament. For all the potential and highlight plays this team regularly generates, they seem hard-pressed to convert it into wins against tier-one teams consistently.

Alliance move on to the grand finals of the Minor and face off against the undefeated Team Aster. The two teams will play a best-of-five to decide who will be crowned champions and earn the right to compete at the ESL One Los Angeles Major beginning March 15.