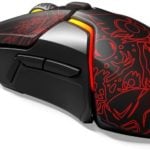 The holiday season is drawing near and the most magical time of the year may lose its charm if you haven’t finished picking up gifts for everyone on your list. While picking out gifts for someone you share interests with is relatively easy, it can turn into a more challenging task to get something for that one friend who only talks about Dota 2.

The internet is filled with both official and unofficial Dota 2 merch, but something off the counter is unlikely to do the trick. Most Dota 2 players tend to be perfectionists and you can single-handedly make their Christmas with the most fitting gift. If you’ve never stepped into the hectic world of Dota 2, though, fear not. We’ve got you covered with the best items you can purchase for that one lucky person.

Keep an eye on the delivery dates before deciding to buy any of the items on our list. In the worst-case scenario, you can choose a different item with a faster shipping process.

Here are the best gifts you can get your Dota 2-loving friends for the holidays.

What cooler gift to get a DOTA 2 fan than a personal one-on-one coaching session with a professional DOTA 2 coach? GamerSensei has hundreds of coaches to choose from for all major titles. 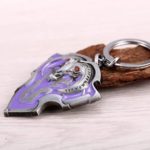 Keychains tend to be great picks for low-budget Secret Santa groups or as supplementary gifts. You can throw any of these keychains into your shopping cart and double the excitement of your giftee.

A Dota 2-themed keychain will allow Dota 2 enthusiasts to keep track of their keys in style. And they’ll always be extra confident in knowing they’re also carrying some of the most legendary weapons in Dota 2 inside their pockets.

Knowing your giftee’s favorite Dota 2 characters can play an important role here since each of these weapons belongs to a certain hero in the game. If you’d like to avoid asking them, you can look up their name on Dotabuff to see which characters they play the most.

Though there are many choices available on the internet, the ones in the images above that can be found on ArtkticaSupply’s Amazon store took the crown due to the immense level of detail featured on them. 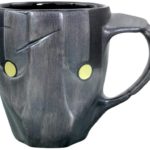 Hydrating properly is vital for gamers to stay in shape. The human body is good at noticing when it needs water when it’s on the move, but considering a Dota 2 match has the potential to last more than an hour, some players can simply forget about their thirst.

That would be less likely to happen if they had a badass mug to drink from, though. No Dota 2 player will be able to resist the piercing looks of Sven.

If you’d like something more personalized, you can also consider a Dota 2-themed beer mug with engravings. You can get your friend’s name, their favorite hero, or simply mock them for their Dota 2 rank on the wooden beer mug, making it an excellent gift to use in Dota 2 drinking games.

Both the Sven and the wooden beer mug can be purchased through BestGiftMugs and Clayton Online Sales Inc’s Amazon stores. 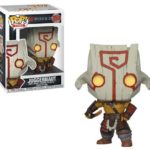 Your friend may have a decent gaming rig that fills their room with RGB lights, but you can still contribute to the ambiance by complementing their desk with small Dota 2 figurines. Manufactured by Funko, these figures do an excellent job of showcasing each Dota 2 hero’s best parts.

The art style used while making them gives them a lighthearted vibe, which is something all Dota 2 players enjoy when they’re done climbing the ranked ladder of the game for the day. You can even add a lot of thought into this as well. You can either get the figure of your friend’s favorite hero or the character they hate the most.

If they can’t seem to dodge a single Pudge hook, get them a Pudge figure and remind them to look over their desk every time they get knocked out by the butcher.

Funko figurines are generally known for their availability and it’s possible to find multiple stores on Amazon that supply them. Considering it’ll be Amazon shipping the products, you’ll also be covered by the company’s extended return period. 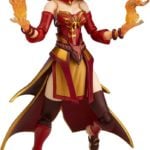 Small figurines are nice and all, but they may not be ideal for action figure enthusiasts. Action figures tend to feature more realistic details alongside having a more true-to-the-nature art style.

Action figures can also be used in different poses, meaning your friend will be able to adjust their arms and legs to give them alternative looks. These features can be used to create stances similar to the ones that heroes have in Dota 2.

Each of the action figures showcased above can be bought off Amazon. Each of the figures is supplied by different sellers, but the shipping side of things is secured by Amazon.

Dota 2 has an enormous in-game store that features countless cosmetic items for each hero. If you’re having a hard time finding the perfect gift, you can always give Steam gift cards to your friend so they can customize their favorite heroes however they see fit.

As a point of reference, the rarest cosmetic items in Dota 2, Arcanas, usually go from anywhere between $15 and $50. The price depends on the hero and the release date of the cosmetic item. You can always run a quick search through Steam’s Community Market to see how much an Arcana for your friend’s favorite hero would cost before buying a gift card or even buy the cosmetic items yourself to trade them at a later date. The items will be locked to your account for a certain period before being tradeable again, though. This time limit ranges based on your account’s current status and varies from one to 14 days.

You can purchase Steam gift cards from Steam’s website or app and even from local gaming shops. 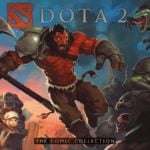 Dota 2 may look like a complicated battle arena at first, but everything inside the game happens for a reason. Dota 2 takes pride in its rich lore and Valve occasionally releases comics to deepen featured heroes’ backstories.

Valve’s comic collection for Dota 2 will be an excellent gift for anyone who enjoys the game’s story as much as playing it. The art in the comics is also deserving of being put up on a wall.

Officially sold by Valve, the Dota 2 comic collection can be purchased through Amazon. 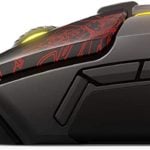 Though Valve has been one of the pioneers of virtual reality, Dota 2 is still being played with a mouse and keyboard. Players use their mouse to register in-game movements and some can even bind their precious spells to their side buttons. This increases the importance of having a good mouse drastically—and it doesn’t get any better than a Dota 2-themed Rival 600 gaming mouse by SteelSeries.

The Rival 600 features two sensors on the bottom to detect any lift-offs. The mouse then cancels any tracking while the mouse is in the air, making it one of the most reliable choices with lower mouse sensitivities.

The mouse carries the artistic touches of a designer, Ced Alcalde, who’s also an avid Dota 2 player. The drawings feature a handful of Dota 2 heroes in a cute style, but the mouse’s red-black theme still makes them look as intimidating as ever.

Limited-edition gaming equipment tends to be in demand during the holidays, so we recommend checking out multiple outlets to see whether they have the Dota 2-themed Rival 600 in stock. 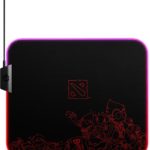 Mouses can glide on wooden surfaces, but that’s less than ideal. If your friend already has a mouse or you’re looking to gift them the complete package, a mousepad will be essential to prolong a gaming mouse’s lifespan.

The smooth surfaces of a mousepad prevent the bottom of the mouse from wearing out—and this one even features RGB lights. Activating the red RGB color takes the setup to another level and the QCK Prism series is one of the best RGB mousepads on the market.

Like the Rival 600, the Dota 2-themed QCK Prism can also be slightly challenging to find in retail stores. We recommend performing a quick Google search to see if your usual stores have one in stock.

No one is too old for a plushie, especially if they feature the cutest characters in Dota 2. Dota 2 plushies showcase the heroes in their silliest form possible or give credit to their courier friends who risk their lives to deliver items from the base.

Redpaw, for example, is originally an in-game courier skin in Dota 2, but his cute glance made it harder to use him in the game. No Dota 2 players want to see their beloved couriers get taken out by the enemy team, but that’s just what happens in Dota 2 sometimes.

If your friend ever ends up feeding a courier in the game, they can make up for it by giving a solid hug to this Redpaw plushie. You can purchase the Redpaw plushie through Toynk Toys’ Amazon store.