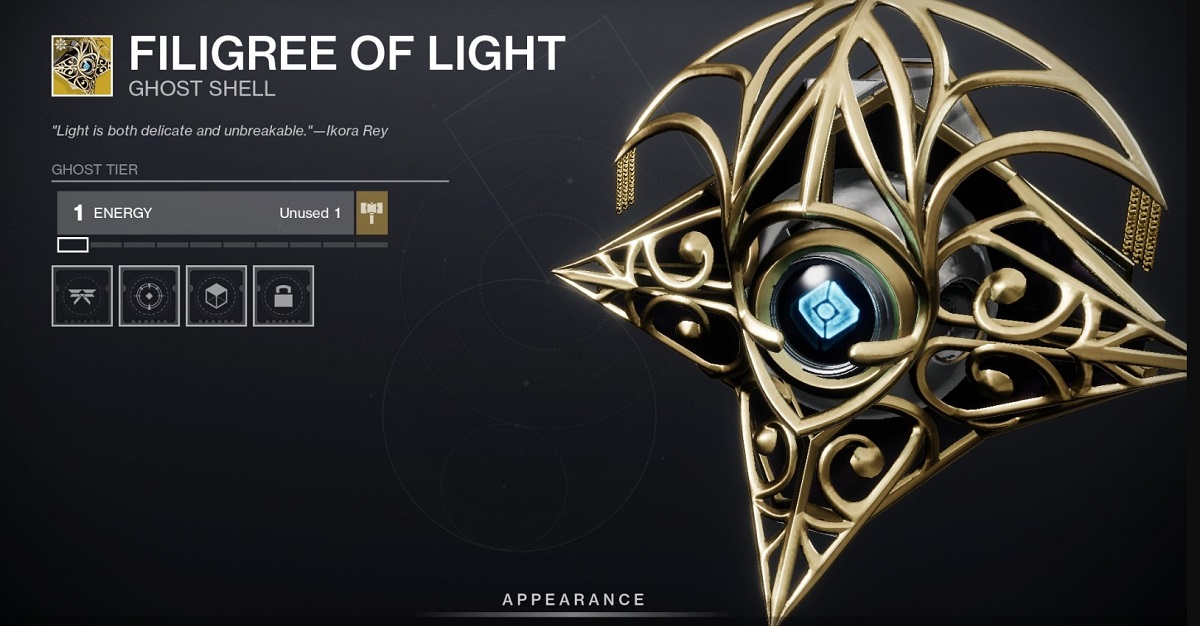 Solstice of Heroes event is here, making the summer of most Destiny 2 fans with new objectives and challenges. In addition to playing the new treasure hunt activity in the returning European Aerial Zone, players will also be trying to obtain as many cosmetics as possible, which can later serve as reminders of the event.

Though you’ll be able to unlock new Exotic Ghost Shells through Solstice Packages, you’ll need to jump through a few hoops to secure yourself the Filigree of Light Ghost Shell. This Ghost Shell is locked behind a Triumph, and it’ll be added to your collection once you complete it.

To unlock the Solstice Ghost, the Filigree of Light Ghost Shell, you’ll need to complete the Cosmically Resplendent Triumph. To complete this, you’ll need to obtain a white glow for all the Magnificent Solstice Armor sets for all the classes. This will require you to complete all the armor objectives, which can be sped up by completing bounties and acquiring Armor Accelerants, which can be done at the shrine in the Tower Courtyard.

It may look like a time-consuming task at first, but your efforts will feel like they were all worth it once you unlock the Filigree of Light Ghost Shell. The Solstice of Heroes event will be live until Aug. 3. It may be a decent idea to start completing all event-related tasks since you won’t be able to complete the objectives on the first two Solstice armor sets after the event wraps up.