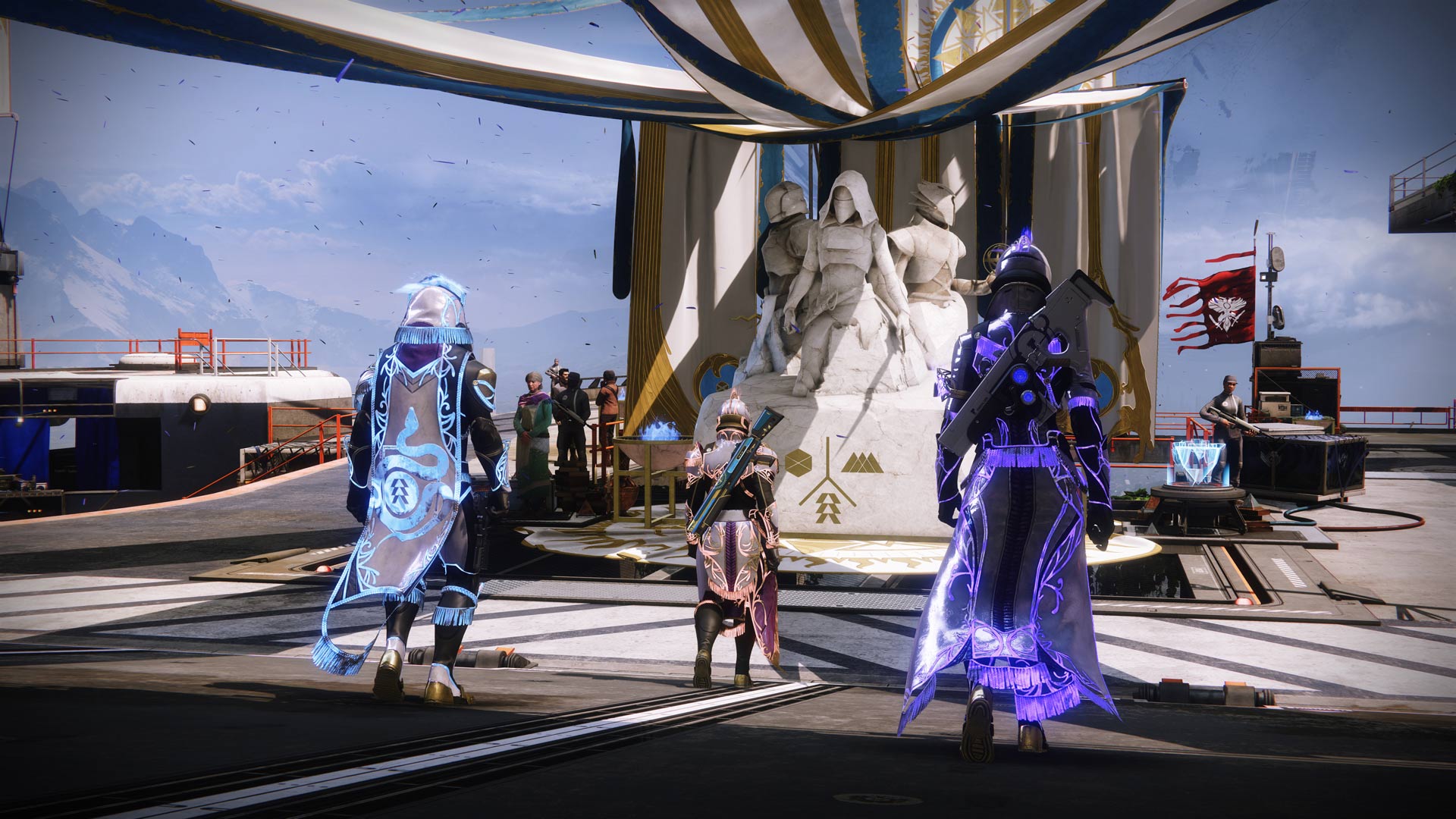 Destiny 2′s blowout summer festival, the Solstice of Heroes, returns on July 6. The Solstice of Heroes event celebrates and remembers all the Guardians that have defended the Tower and humanity over the years, with the game providing a plethora of activities and rewards for players to enjoy.

Here’s a rundown of all the ways to spend your summer in Destiny 2 during the Solstice of Heroes event.

The European Aerial Zone is back for another Solstice of Heroes event, its third in a row, with new rewards to unlock. In the EAZ, a match-made team of three will navigate through a series of floating islands, defeating bosses on the way, while earning and opening loot caches with every boss defeated.

Open caches will let the players earn Solstice Packages and Solstice Key Fragments, the latter of which is used to open the former for a chance to earn pieces of armor, Solstice weapons and gear, and a chance at the Compass Rose Shotgun.

After the Guardian talks to Eva Levante in the Tower Courtyard for the first time, they’ll receive their first quest as well as their first piece of Solstice armor. After completing the EAZ activity for the first time, players should return to Statue of Heroes in the Tower Courtyard, meditate, and receive the rest of the Renewed Solstice armor set.

Each piece of Solstice armor has an objective listed on it. As objectives are completed, the armor is upgraded through various tiers, which unlock new armor visuals and effects. Progress can only be made toward armor objectives with the piece of armor equipped, but after completing the first couple objectives, Guardians can acquire Armor Accelerants from Eva, which lets objectives be competed faster.

The Solstice of Heroes has added a new buff system just for the event, called Refraction. Each day, players can match their attacks to a daily element (Solar, Void, Arc, and Statis) and use matching weapon types and subclasses to charge one of four unique elemental buffs.

Other rewards and cosmetics

Players can earn universal ornaments that can be applied to any piece of legendary armor that cause the piece of armor to glow, matching their active subclass. These ornaments can be bought with Silver or Bright Dust. Acquiring the final Solstice armor set unlocks the ability to purchase the 2021 Solstice of Heroes T-shirt.

Solstice Packages have a chance to reward new Exotic Ghost Shells, a new emblem, the legendary Compass Rose Shotgun, and other rewards.