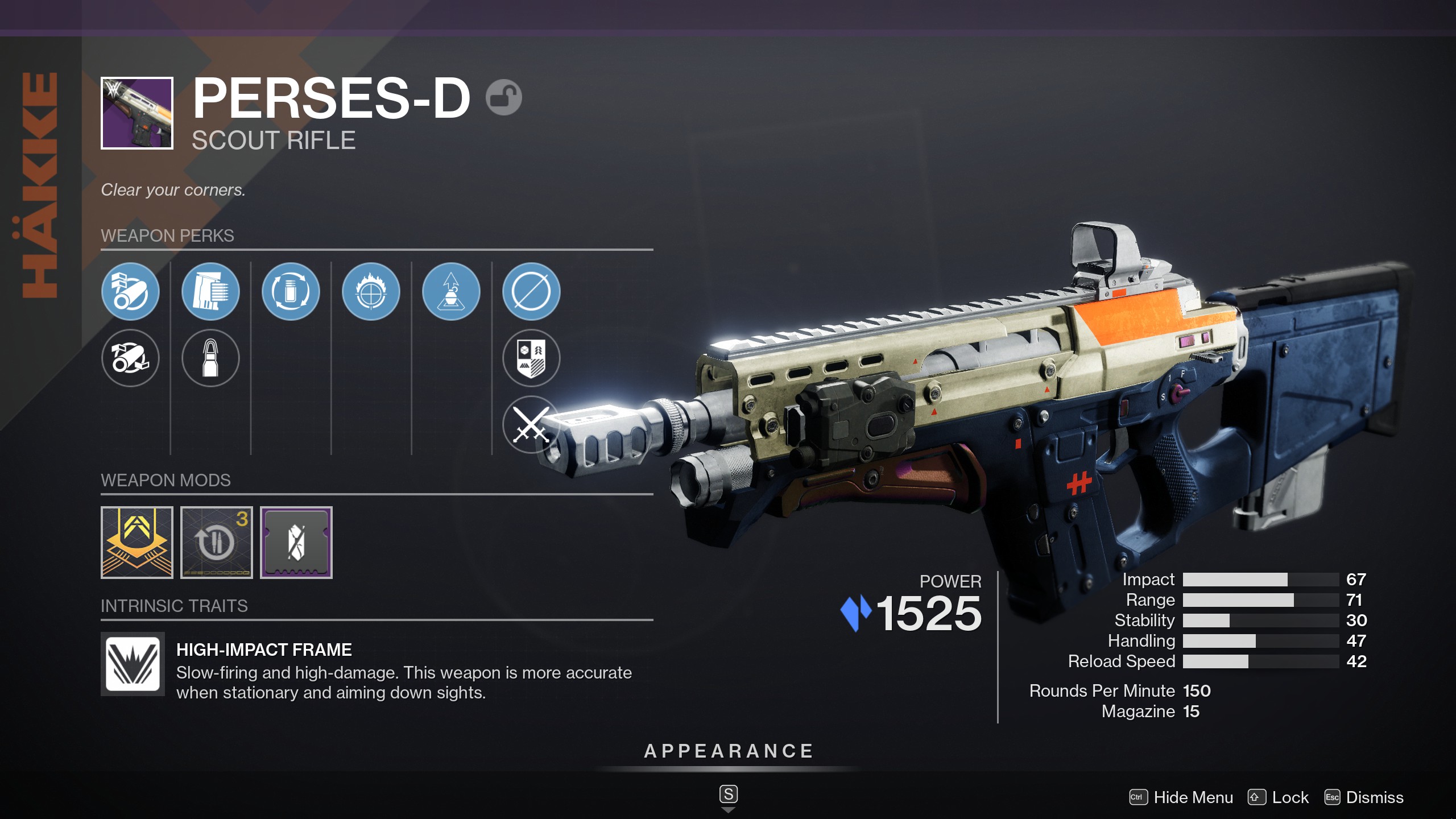 Slow firing and high damage, the Perses-D scout rifle has one of the highest damage outputs per shot of any kinetic weapon. Perses-D is one of many new weapons introduced in Destiny 2’s 16th season, Season of the Risen, at the start of The Witch Queen expansion.

Perses-D is part of the New Foundry weapons set, deals Statis damage, but is not craftable through Destiny 2’s new weapon shaping system. Its Legendary intrinsic trait is its High-Impact Frame, which reduces its fire rate while improving its damage. It’s also more accurate when the player is stationary and aiming down sights.

How to get the Perses-D scout rifle in Destiny 2

The Perses-D scout rifle can be obtained by acquiring Legendary engrams and earning faction rank-up packages, according to Light.gg. Over 58 percent of players who have synced their accounts to Light.gg have found the Perses-D at some point, with almost a third of those players using the Full Auto Retrofit mod so they can just hold to fire.

Players can earn rank-up packages from the different Tower faction vendors, as well as rank-up packages from destination vendors such as Fynch on Throne World. Additionally, it can be grabbed from random Legendary engram drops. Going through your typical rotation of activities and bounties should eventually earn you a Perses-D scout rifle at some point.