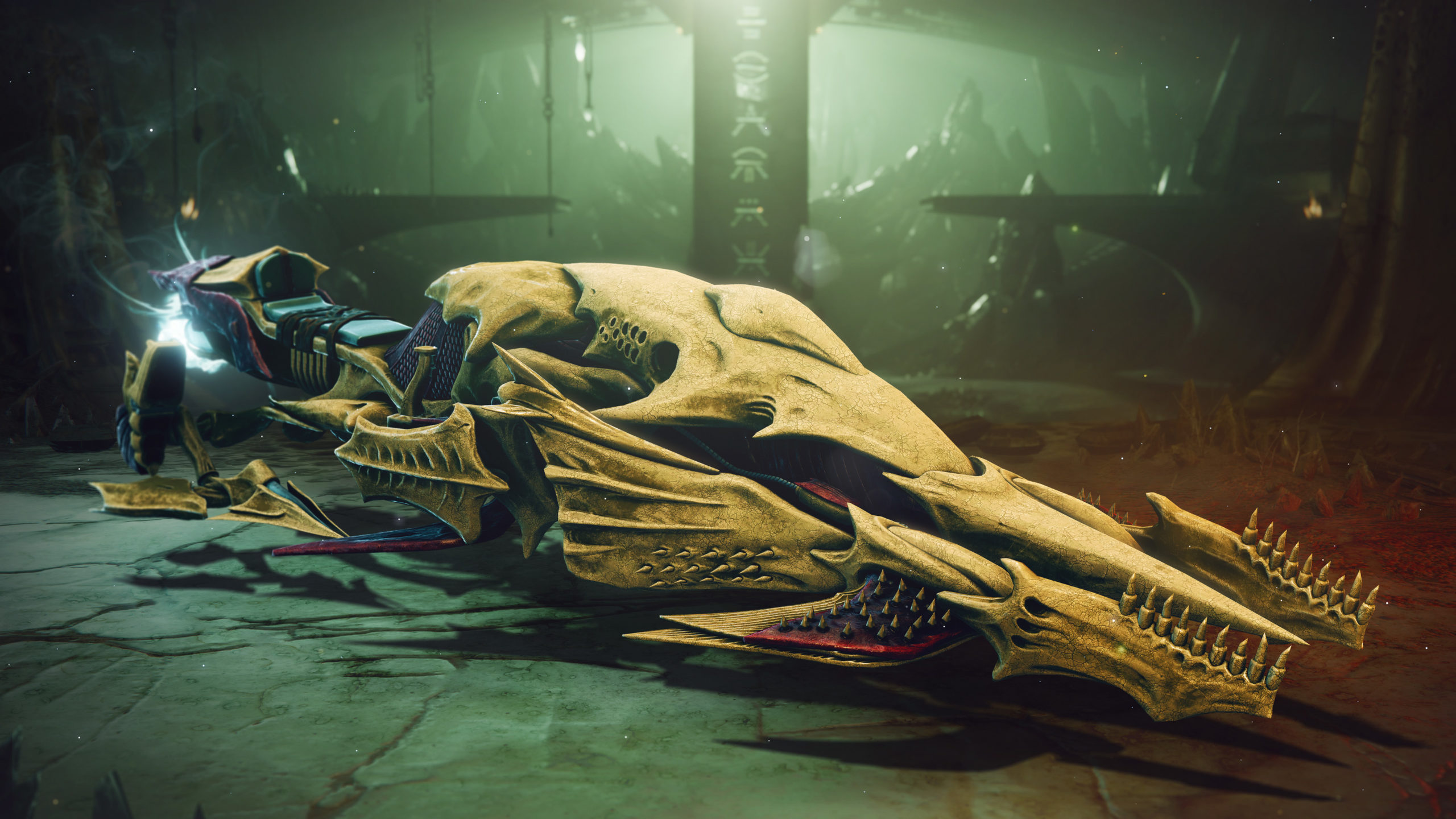 Destiny 2 is all about its gameplay loop and the hunt for loot, and its King’s Fall raid leans hard into both of these elements. King’s Fall is one of the most epic and triumphant moments in the Destiny franchise since it pits guardians off against Oryx, the Taken King, where the fireteam goes deep into Oryx’s Dreadnought (which doubles as his throne world) to defeat the Taken King once and for all. And it comes with the loot to match.

Not only do the King’s Fall weapons bring unique and highly desirable perk combinations (like One For All and Focused Fury on Smite of Merain or Explosive Payload and Incandescent in Zaouli’s Bane), the raid’s armor also has its unique look. And players who venture into the Master version of the raid also have some more cosmetics on the way. Here’s how you can obtain the Ossein Earthcarver sparrow in King’s Fall in Destiny 2

The Ossein Earthcarver sparrow is only available after completing all raid challenges in King’s Fall in the Master difficulty of the raid. This is a fairly considerable challenge, given players will have to take on higher-level enemies, several Champions, and adjust their loadout to Match Game. Challenges also rotate weekly, which means players will have to wait some time to obtain the King’s Fall sparrow. This doesn’t require completion of the encounter-based triumphs, which are always available. In addition to the sparrow (obtained from finishing all challenges on Master King’s Fall), each successful challenge on the raid’s Master difficulty will also award players with Harrowed (or Adept) weapons, which may be more reason for players to chase the objective.

Those who do triumph over Oryx will claim the Ossein Earthcarver King’s Fall sparrow, which mixes the raid weapons’ bony aesthetic with a Taken trail, as Bungie associate VFX artist Travis Treadway shared on Twitter.

Players who want to obtain the Ossein Earthcarver sparrow should be prepared for a challenge. The Master version of the raid has a slew of Champions of all types, as opposed to the single Unstoppables in the Totems encounter in the normal raid). Additionally, Match Game content will also push players towards using weapons that match the elemental shields (or just using Arbalest due to its intrinsic shield-breaking capabilities, intrinsic Anti-Barrier firepower, and the ability to combine it with a linear fusion rifle for scavenger mods). Between the Harrowed weapons, extra Champions, and the objectives for each challenge, however, players may have a hard task ahead of them.