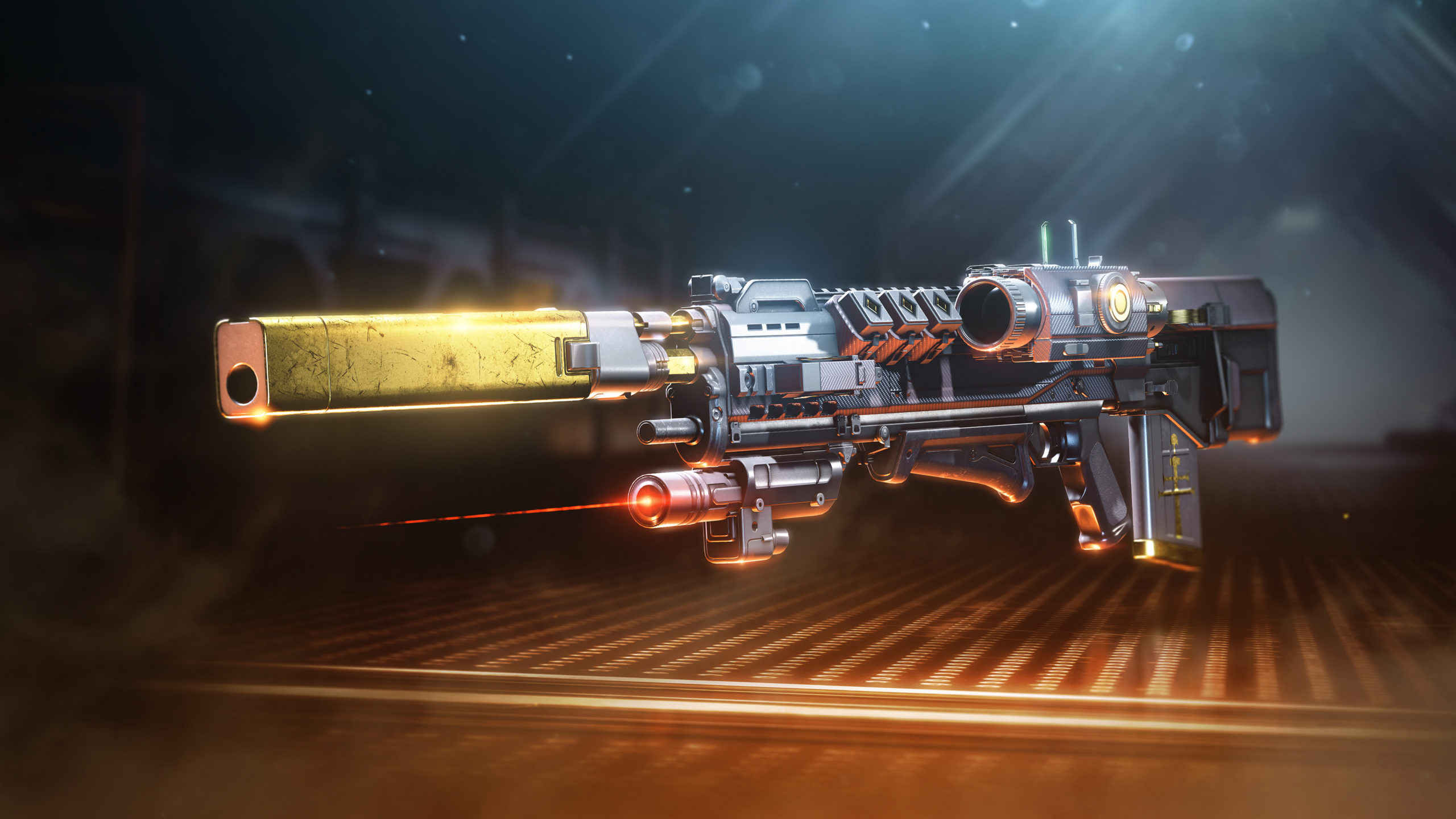 Destiny 2’s Season of the Seraph brought the new Revision Zero Exotic to the mix. And it’s one of the most unique we’ve seen so far. Revision Zero doubles down on Exotic crafting, allowing players to choose a suite of perks and parts for it by leveling up the weapon. Guardians can also reshape it with four different catalysts, which add four different perks to Revision Zero, and they can choose different origin traits to dictate if they want the weapon to fire two or four rounds per trigger pull.

Though the perks and choices add some flavor to the weapon, Revision Zero’s biggest appeal lies in its Intrinsic, Hunter’s Trace. Landing precision hits charges Hunter’s Trace bar, which allows players to swap to high-powered, sniper-like shots. This functions similarly to Vex Mythoclast, though Revision Zero has intrinsic Anti-Barrier to boot.

If you want to unlock Revision Zero, though, you’ll need to put in some work in the Season of the Seraph storyline, and even moreso if you want its catalysts. Here’s how you can add Revision Zero to your Destiny 2 arsenal.

How to unlock Revision Zero in Destiny 2

Revision Zero is locked behind the Season of the Seraph Exotic quest, Operation: Seraph’s Shield. The Exotic mission requires players to finish at least three weeks of the More Than a Weapon seasonal storyline and obtain the Hidden Shape Exotic quest, available from the Exo Frame. You’ll also need access to the Enclave, and consequently, you must complete the introduction missions in The Witch Queen.

Related: How to start the new Exotic quest in Destiny 2

After you’ve completed your first run of Operation: Seraph Shield, you’ll have to head into the Enclave and interact with the Relic Conduit (to the left of the Relic) to advance the quest. You’ll also have to shape Revision Zero, though you’ll get a Deepsight copy of it. Dismantling the weapon will yield you a Pattern, but you’ll still have to shape it to advance the quest.

The process of obtaining Revision Zero in itself is relatively straightforward, but Operation: Seraph Shield can be tricky, especially if you’re running solo.

What does Revision Zero do in Destiny 2?

Revision Zero’s unique intrinsic, Hunter’s Trace, allows players to unleash high-powered, sniper-like bolts from Revision Zero, though guardians must charge up this capability first. It functions similarly to a Vex Mythoclast, though its gauge charges up by landing precision hits instead of getting kills. As the icing on the cake, Revision Zero’s shots also have intrinsic Anti-Barrier capabilities.

In addition to its unique functionalities, Revision Zero also allows players to change several core aspects of the weapon, including even its fire type. Players can choose between two- and four-round bursts, change its magazine and stock, and even add in two perks: one as a regular perk (choosing between Moving Target, Eye of the Storm, Perpetual Motion, Elemental Capacitor, Slickdraw, and Vorpal Weapon) and another as a catalyst. The four catalyst choices are Feeding Frenzy, Under Pressure, Outlaw, and Fourth Time’s The Charm.

These options make Revision Zero a highly customizable weapon, though it will still retain a good chunk of its core identity regardless of how you choose to shape it thanks to Hunter’s Trace.