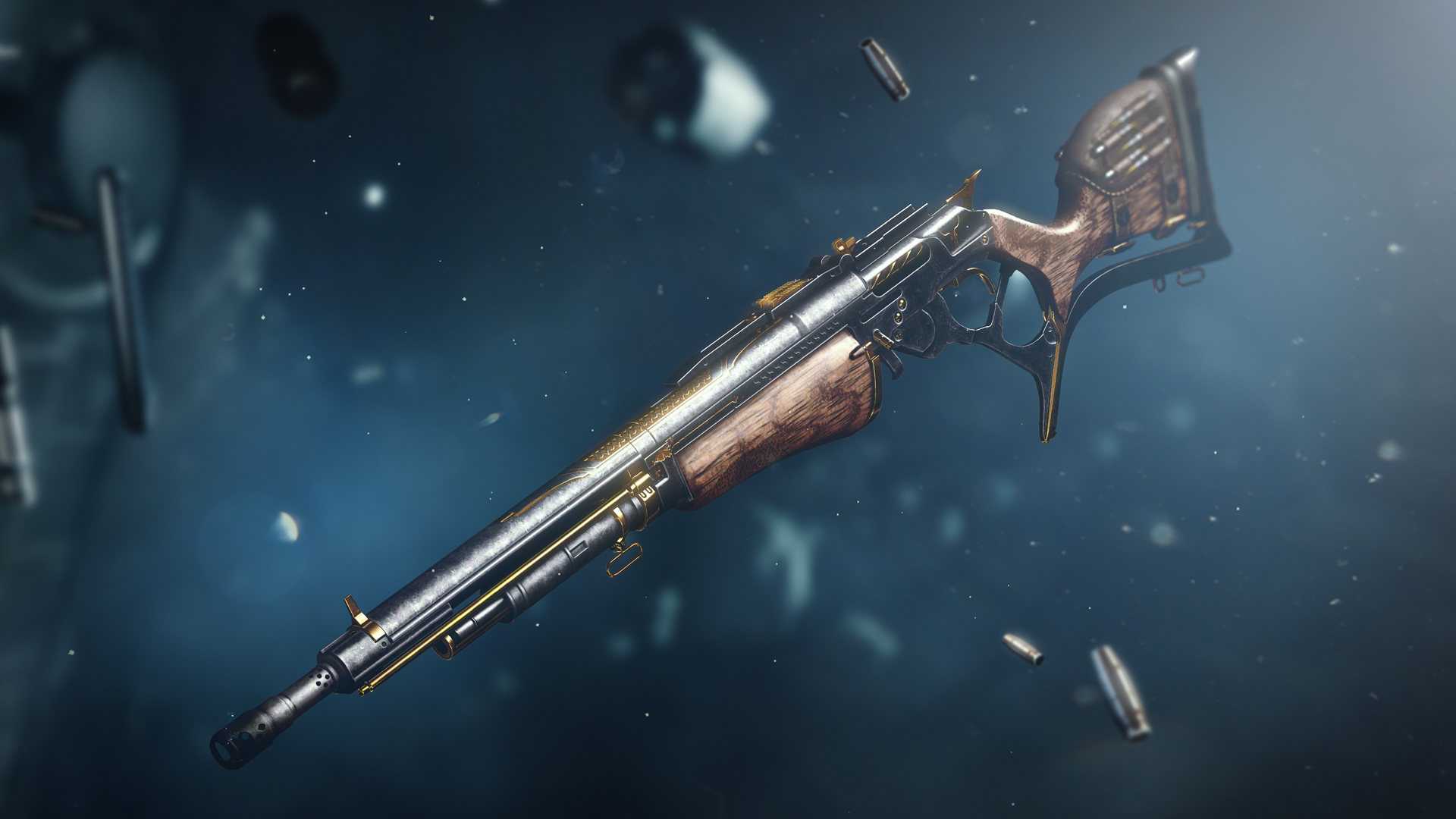 Destiny 2‘s Dead Man’s Tale is easily one of the most stylish Exotics in the game, and also had one of the most legendary ways of achieving it. This scout rifle is styled after an old-west repeater, in true Tex Mechanica fashion, and it was the terror of PvP game modes for a chunk of Year Four.

This Exotic arrived in Season of the Chosen as part of the weekly Presage quest. This terror-filled mission tasked players with finding the source of an emergency signal aboard the Glykon, a former Cabal ship now in ruins. Dead Man’s Tale wasn’t the only reward for it, though, with players uncovering new clues each week for 12 weeks to uncover a major secret (and get an Ascendant Shard in the process).

With the launch of The Witch Queen, however, Dead Man’s Tale lost its drop source when Presage moved into the Content Vault. This doesn’t mean it’s unobtainable, but you won’t find it in the Monument to Lost Lights in the Tower either.

How to get Dead Man’s Tale in Destiny 2

If you’re looking to get your hands on Dead Man’s Tale, look no further than your favorite intergalactic, horse-accompanied merchant: Xûr, the Peddler of Strange Goods, who appears every week with a new batch of Legendary and Exotic items.

Dead Man’s Tale was one of two Exotics that could drop with random rolls in Year Four, preceded by Season of the Hunt’s Hawkmoon. This gave players more and more incentive to run Presage every week if they wanted to chase specific perks, such as Outlaw or Vorpal Weapon. Bungie wanted to maintain the possibility for random rolls, so developers assigned Xûr as its new drop source.

Each week, Xûr will bring another set of items, including a random roll for Dead Man’s Tale. Players can purchase it with one Ascendant Shard, an Exotic Cipher, 200 Legendary Shards, and 125,000 Glimmer.

Getting Dead Man’s Tale may not be as simple, however. Xûr appears at reset every Friday and vanishes when the weekly reset hits on Tuesdays. Additionally, getting Dead Man’s Tale also requires players to own Beyond Light. This is Bungie’s standard practice for any seasonal content since Exotics are gated behind their specific expansion.

If you meet all the requirements, keep an eye out for Xûr’s inventory every Friday. He is guaranteed to bring a new drop of both Dead Man’s Tale and Hawkmoon every week, so wait until your favorite perk combination comes up and grab it from him.