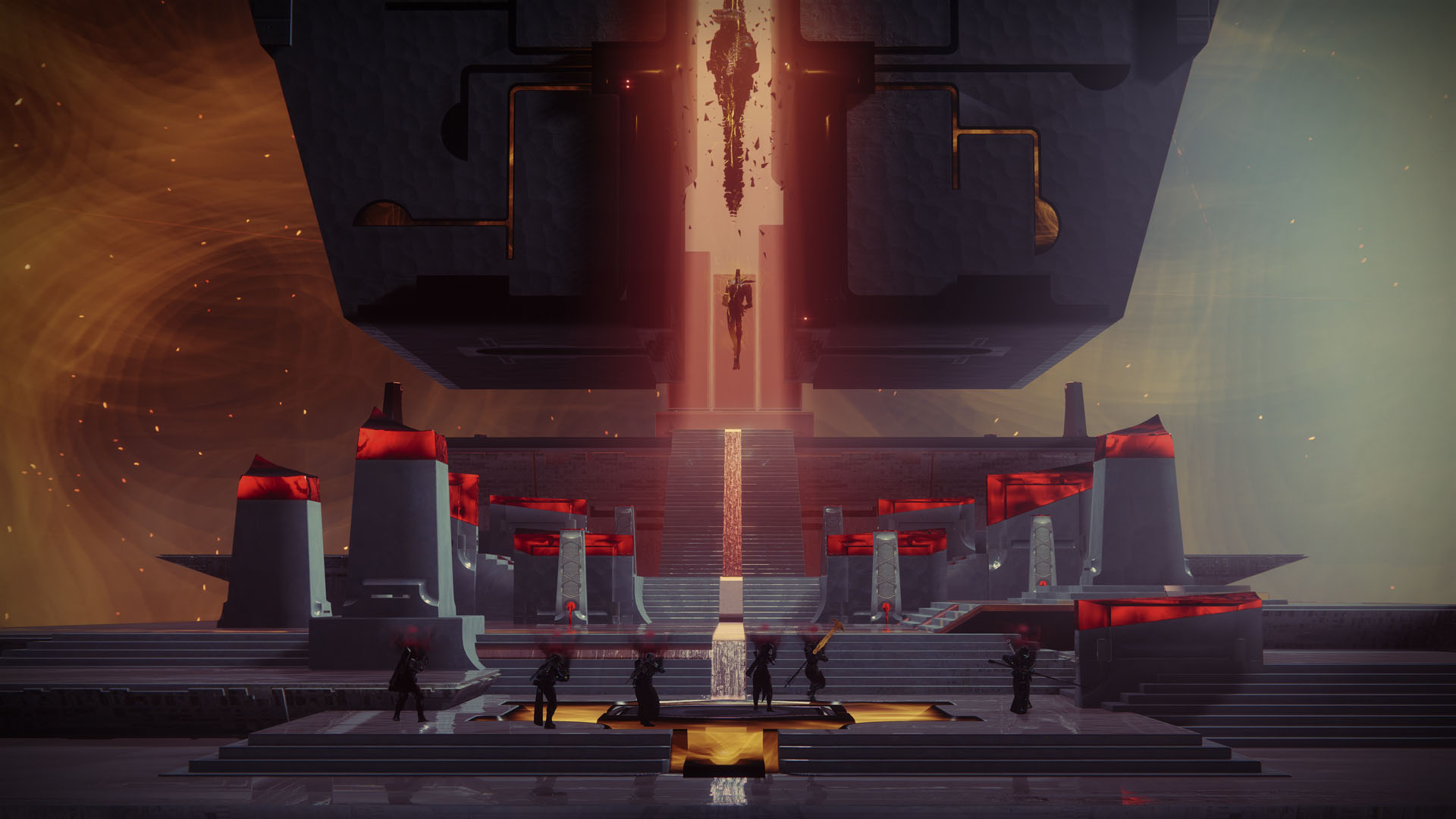 Like other raids in Destiny 2, Vow of the Disciple has a rotating challenge that brings a set of new conditions every week. Rhulk is no exception: Every four weeks, the battle against the Disciple of the Witness comes with a rotating objective called Looping Catalyst. Clearing it gives players two encounter chests (which stack with the secret red-border chest), and odds are players will get it naturally throughout their runs.

To get the Looping Catalyst challenge, the fireteam must maintain at least one stack of Leeching Force before the damage phase. This isn’t too different from how the encounter is intended to work, so if your team is proficient enough, this shouldn’t be much of a departure from the usual strategy.

The challenge can be done with one or two people dunking as long as one of the guardians splitting the buff maintains it at all times. Normally, if a team failed to retain at least one Leeching Force (for instance, because the splitter received the Emanating Force debuff instead or because it timed out), Rhulk would raise his crystal in the middle of the arena and let players try again. This time, though, it means the fireteam should wipe if they want to get another shot at the extra rewards.

Though the challenge doesn’t impose harsh restrictions, it just adds another fail condition. This means the splitter should be extra careful when splitting in case Rhulk decides to throw his ray in the middle while they are standing on the plate (which could result in them getting Emanating). Likewise, the team should keep an eye out for their buff timers and ensure the splitters don’t die holding Leeching Force. That scenario can be relatively common in the first part of the encounter, where players can take longer than the buff’s 45 seconds (per replication) to dunk and advance the fight.

The challenge doesn’t have any repercussions in the second part of the fight, however, meaning players can use their regular strategies once Rhulk climbs up the stairs. Players shouldn’t have too hard of a time with it, though, considering it’s less disruptive than challenges in other raids (and even in Vow of the Disciple).

Given how Rhulk is the only encounter that can drop both Lubrae’s Ruin (the glaive) and the Collective Obligation, players who are looking for either of these drops should get familiar with the strategy. Luckily for them, though, this challenge is among the easiest in the raid.