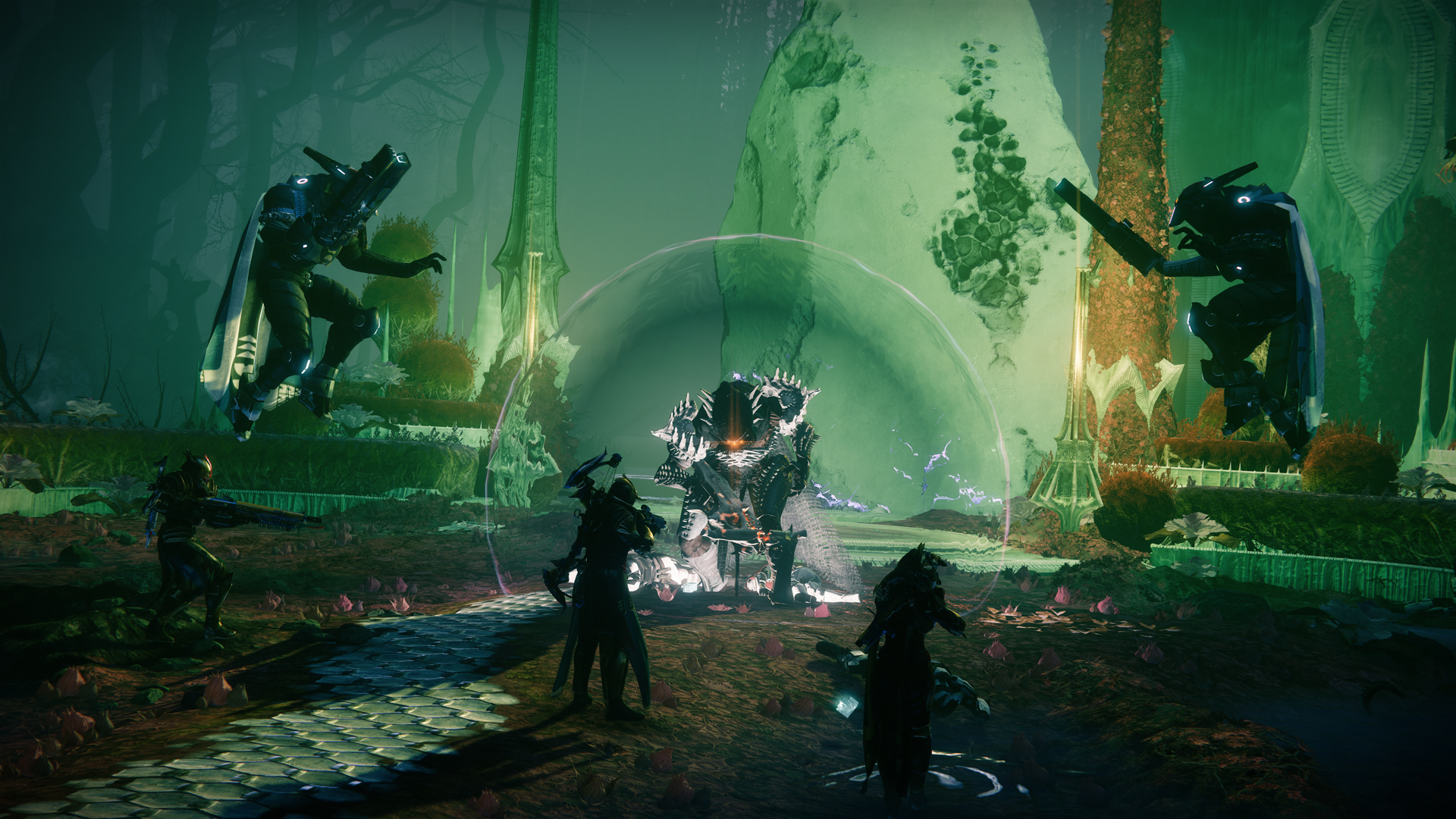 As you conclude the final chapter of The Witch Queen’s campaign in Destiny 2, the fight against the Lucent Hive continues in Season of the Risen’s new three-player playlist activity PsiOps Battlegrounds. If you played Destiny 2 during Season of the Chosen, the Battlegrounds format will be familiar as the PsiOps rendition draws from a similar gameplay loop. This time, you’ll be hunting down the head of a Lucent Hive hunting party and helping Empress Caiatl’s Psions to capture them for study.

PsiOps Battlegrounds rewards Guardians with the new suite of weapons and armor themed around Caiatl’s Cabal, making it an essential farming source for some of the season’s most prestigious loot such as Explosive Personality and Sweet Sorrow.

Here’s how you’ll take on the PsiOps Battlegrounds, either in the Vanguard Battlegrounds playlist or through the node in the H.E.L.M.

At the beginning of each PsiOps Battlegrounds run, the fireteam will have to clear out the bulk of a Lucent Hive hunting party that has set up in a patrol location. You will have to fight through a number of waves of Hive, ranging from hordes of Thralls to Hive Lightbearers and Shriekers that can make an appearance. A Heavy Ammo box is in the area and can be picked up by all Guardians once to replenish their loadouts mid-fight.

While the initial tutorial run of PsiOps Battlegrounds in the EDZ does not feature Champions, runs in both the H.E.L.M and Vanguard playlist nodes will include Unstoppable and Barrier Champions to contend with. One of these Champions can potentially spawn during this first encounter, so make sure you are properly equipped with the appropriate mods to stun and kill it for a smooth experience.

Once the initial group of Hive has been dealt with, the next step is to pursue the head of Savathun’s hunting party deep into a closed-off location. The Hive has been draining light from dead Guardians and using them to charge Hive portals, and you will use these portals– highlighted by the objective waypoint– to find your target. You will need to go through four of these portals to reach the final boss encounter, but three of these are guarded by a shielded Hive Lightbearer.

The shield can’t be destroyed by normal gunfire or abilities. To break it, you’ll need a Hive Sword. After killing two or three waves of Hive around the shielded Lightbearer, text on the bottom left of your UI will inform you that a Lucent Reliquist has arrived on the battlefield. This is a powerful Hive Knight who will drop a Hive Sword on defeat that can be used to cut through the portal’s Lightbearer guard. Kill the guard, destroy its ghost, and the next Hive portal will open to take you deeper into the hunting party leader’s territory. Three rounds of this gameplay loop will complete this section of the activity and take you face-to-face with the final boss.

As with the opening encounter, keep an eye out for Unstoppable and Barrier champions during this section. During the deployment of each wave of Hive leading up to the Lucent Reliquist, there is a chance for either a Champion or additional Hive Lightbearer to spawn that must be defeated to continue.

Unlike a traditional Destiny 2 boss, you won’t be killing the Hive Lightbearer at the end of the PsiOps Battlegrounds activity. Instead, you’ll be weakening it enough so that Caiatl’s Psions can teleport in and trap them, allowing you to access the Lightbearer’s mindscape. The mindscape is where the majority of this boss fight will take place, breaking the Lightbearer and its loyalty to Savathun. This fight has three phases, with each bar of the Lightbearer’s health when successfully damaged spawning Aspects of Savathun and Champions.

The Aspects of Savathun cannot be damaged by traditional means, and you’ll need to pick up one of the Synaptic Spears that spawns in the arena to kill them. These spears can be thrown, as well as having additional slam attack and blink teleport functionality tied to the grenade and melee key bindings. The Lightbearer will retreat while these Aspects are present and you’ll need to defeat them in order to bring the Lightbearer back into the arena to do more damage.

Once the Hive Lightbearer is destroyed within their mindscape, you’ll be teleported back into the real world, where the Psions complete their capture and take the Lucent Hive away for study. This marks the conclusion of the activity.

Two chests spawn at the end of the PsiOps Battlegrounds activity, one that can be opened for free that can give you Legendary drops, and one that requires 500 Psychogenic Intel to open. Psychogenic Intel is acquired through the completion of other playlist activities and the process can be expedited by wearing seasonal armor. This chest will reward you with seasonal gear such as weapons and armor, and upgrades in the H.E.L.M at the War Table can increase the quality of rewards gained. It is also the source for Risen Umbral Energy, the seasonal currency needed to focus Umbral Engrams in the H.E.L.M.