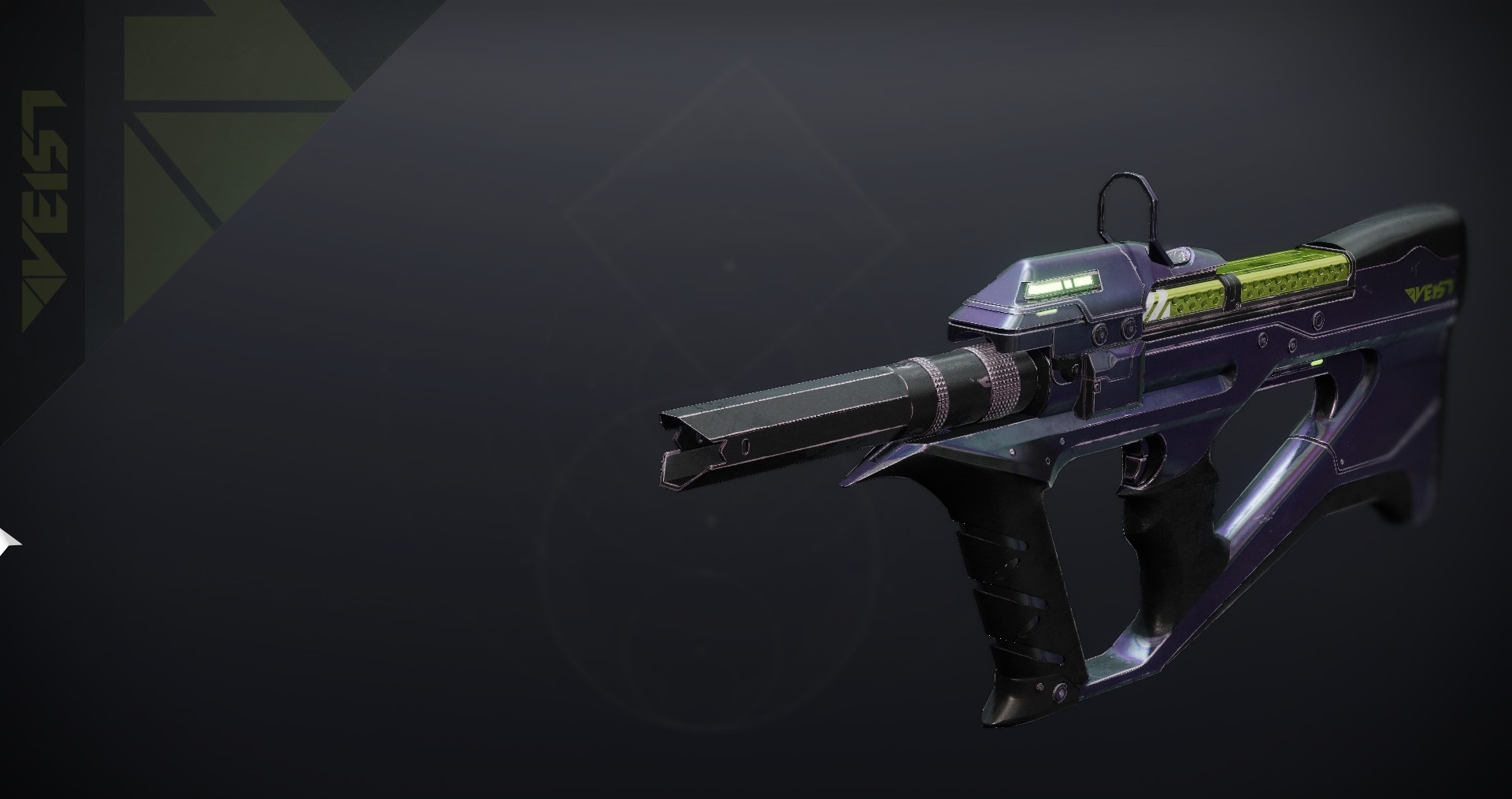 Destiny 2‘s The Witch Queen expansion brought a series of new guns, including an arsenal of seasonal weapons. One of the new armaments stole the show this season, though, and it’s not even a destination or seasonal drop. Funnelweb, a world drop Void SMG, quickly dominated fans’ Energy slots thanks to its firepower and the all-too-familiar feeling of the Recluse SMG, which had its Power Level capped with Beyond Light.

One of Funnelweb’s strengths is its accessibility. This weapon is a world drop, meaning it can drop from any source that rewards a Legendary Engram—from activity completions to Umbral Engrams, and throw in public events to the mix as well. That ease of access, coupled with strong stats and damage potential, good perks, and just the slight Recluse nostalgia made Funnelweb one of the stars of The Witch Queen.

With how easy it can be to find a Funnelweb, players will be wondering which rolls are best and what perks work well. Funnelweb has a fairly small perk pool with some clear overperformers, making it fairly simple to find a god roll. Here’s our Funnelweb god roll and a breakdown of its perks. Parts are generally somewhat important when determining a god roll, but take a backseat to a weapon’s perks.

Funnelweb isn’t exactly meant for PvP, but if you do take it to the Crucible, aim for some range and handling.

Finding a god roll is usually a matter of preference, but Funnelweb has a few that stand out based on what activity you’re running. Though not too suited to the Crucible, it still has access to some desirable perks for PvP, including the newly added Steady Hands. Here’s a breakdown of the Funnelweb’s perks so you know what to look out for.

Funnelweb benefits from the usual formula of an attribute-boosting perk on the first column and a damage-increasing perk on the second. There isn’t much variety outside of that formula—Demolitionist or Wellspring, for instance, could spice up its perk pool—but Funnelweb doesn’t need to stray away from it to be a good weapon.

Subsistence has been a solid perk, but the removal of its ammo capacity penalty (and later the removal of Primary ammo capacity altogether) gave it much more room to shine. And in Funnelweb, this is easily among the top contenders: its mag is large enough that you will get some benefit out of this perk, and with its damage, you’ll get a fair bit of uptime for Subsistence.

Perpetual Motion launched in the middle of Season of the Lost, and it’s hard to go wrong with it. It’s a tri-stat boost to handling, stability, and reload as long as the wielder is moving, which is a common scenario in Destiny 2. It brings plenty of utility and plenty of uptime, and that’s why it’s at the top of the perk pool. As a bonus, it’s also applicable in the Crucible.

Funnelweb can get a staple of PvP god rolls (Killing Wind) with Steady Hands, a new perk on the block that’s quickly rising to the top of the PvP meta. Steady Hands procs after a kill and gives its user vastly improved weapon swap speed and handling for a moderate duration after a kill. Killing Wind, on the other hand, is established and gives players extra Mobility and range briefly after downing an enemy. Choosing between them is a matter of playstyle and preference, but they both deserve a spot at the top of the god roll.

Auto-Loading Holster is a quality-of-life perk that automatically reloads your weapon after it’s stowed. It’s usually more common in weapons with longer reloads (particularly on rocket launchers), and though it’s not necessarily a bad choice, you get more value out of other choices in this column.

Pulse Monitor comes with a tricky trigger to begin with. Pulse Monitor automatically reloads a weapon with the perk after a guardian reaches a low life threshold. In the Crucible, it can possibly make a difference, but it may not get as much uptime to justify using it over Steady Hands, for instance.

Funnelweb doesn’t have access to Kill Clip or Rampage, some of the best and most established damage perks in Destiny 2. It doesn’t need them to shred through mobs in lower-level content, but it has a few alternatives that give it just enough extra firepower to make it even more desirable.

Adrenaline Junkie has come a long way since its introduction in Season of the Splicer. Now, it’s essentially the grenade version of Swashbuckler and procs every kill, with maximum stacks after landing a grenade kill. It has an easier trigger than Frenzy, though it only boosts damage.

Frenzy, on the other hand, activates after being in combat for 12 seconds and boosts damage, handling, and reload. They both work, so choosing between the two is ultimately a matter of preference or availability, though Adrenaline Junkie performs better in PvP.

For PvP, you want to boost range to mitigate SMGs intrinsic range disadvantage. Rangefinder will give Funnelweb just that—and the competition against it in the second perk column doesn’t really leave much else on the table for other Crucible players.

Focused Fury activates after dealing half the magazine as precision damage, but even with perfect accuracy, headshots for half your mag probably means whatever was on the other side of your crosshairs was dead. If it’s not, then odds are it’s sturdy enough that you’ll need Special ammo to take care of it. Go with Adrenaline Junkie or Frenzy instead and enjoy having clear-cut activation criteria.

Thresh can be a top-tier choice for builds that use Super energy or for its dedicated fans. Thresh can be a decent addition to Funnelweb, but Adrenaline Junkie or Frenzy seem to offer more benefit in general.

Elemental Capacitor is a unique perk that gives its user varying bonuses depending on subclasses. That uniqueness comes with a caveat, though: change your build and you’ll also change the benefits you’re getting from the perk. Unless in extremely specific scenarios, you’ll get more benefit out of the other perks in the list.