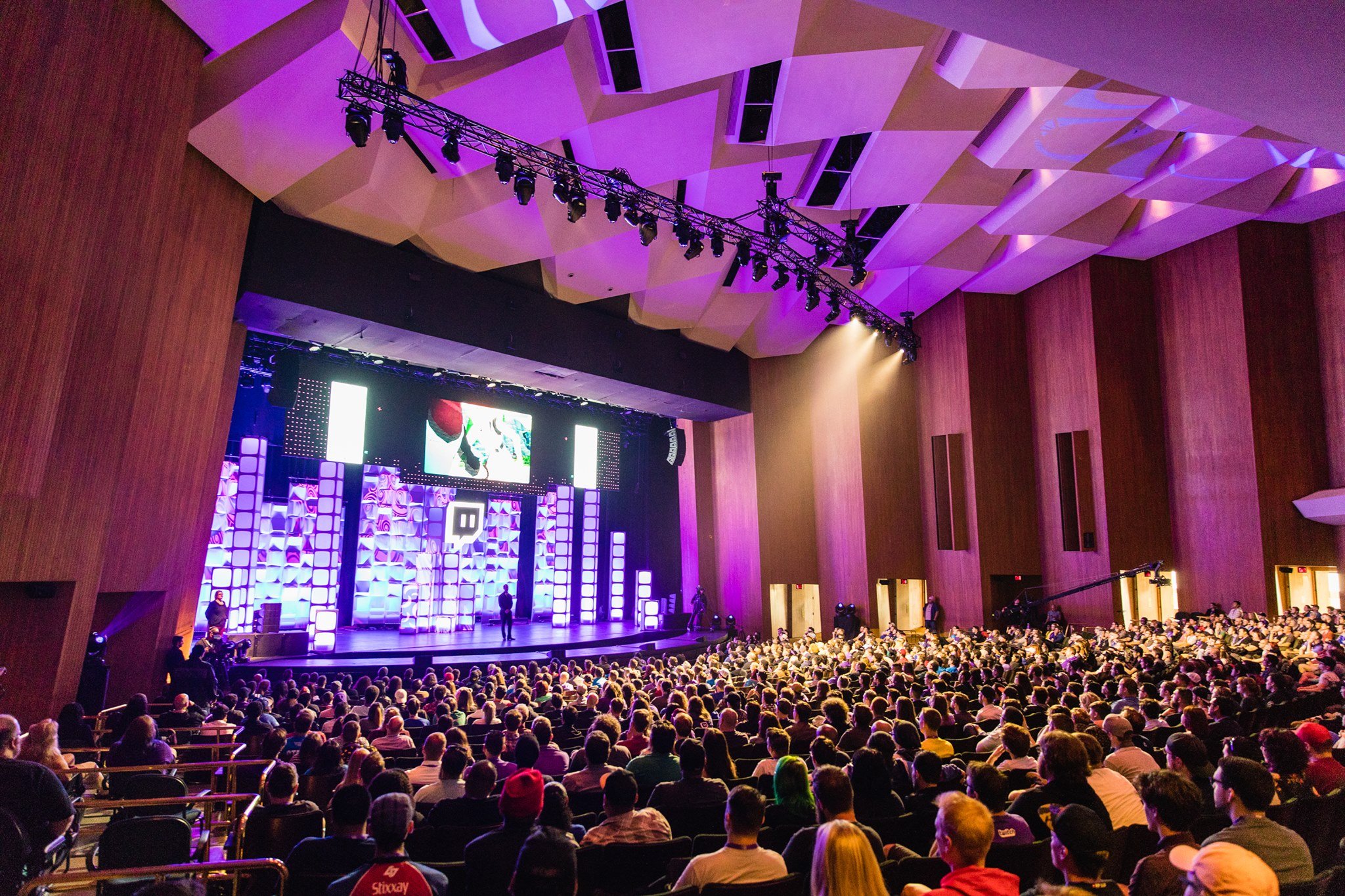 TwitchCon 2018 has begun in San Jose, California, kicked off by CEO Emmett Shear during a keynote presentation that laid out the year ahead for the company.

The livestreaming company announced during the event that Twitch will expand its investment into Twitch Rivals, a competitive gaming series that’s awarded over $5 million in prizes this year. In 2018, Twitch Rivals is expected to double in size, bringing the total number of events up to 128. Twitch said the program will include more games and game genres, like MOBAs and single-player role-playing games.

Twitch Sings is a game coming to Twitch in partnership with developer Harmonix. The karaoke-style game was created specifically for streamers, with hundreds of songs for streamers and communities to use. “In chat, viewers can request songs, cheer to activate light shows on stage, and give their favorite streamers challenges to tackle,” Twitch said in a press release. TwitchCon attendees will be able to test the Twitch Sings game during the convention. The closed beta for Twitch Sings will begin in 2018 on PC and iOS, and later on Android.

New tools have been announced too, making it easier for streamers to get discovered, Twitch said. Squad stream, highlight editor updates, and a new featured section are among those changes. Squad stream is a feature that will allow up to four streamers to stream together in a single-view. Twitch will choose select streamers to try out the feature “later this year.”

VIP badges are another tool to help build a “stronger community,” allowing streamers to recognize and honor community members. Moderation tools will expand, too.

“By clicking on someone’s Twitch username, moderators will now be able to see how long that person has been on Twitch, view chat messages that person has sent in the channel, and see the number of timeouts or bans that account has received in that channel,” Twitch said. “Mods can also leave channel-specific comments about each user to share with the channel owner and other mods.”

The moderation tools are expected to be available in January 2019. Alongside those tools, there will be expanded role management and subscription badges.