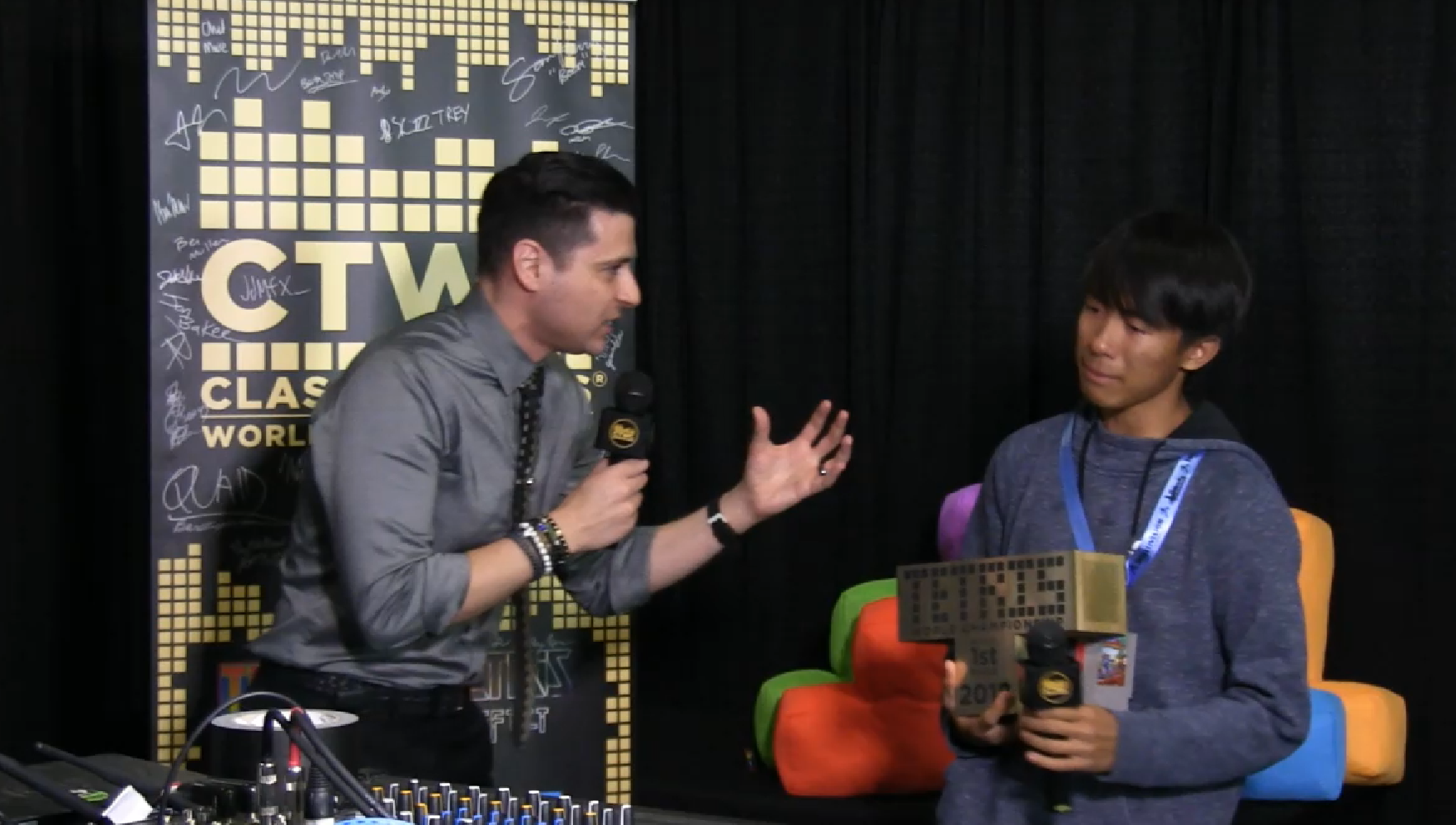 He quickly taps the D-pad to rotate pieces instead of holding down the button. Tetris more than doubles Saelee in age. (NES Tetris, the version played at the Classic Tetris World Championship is 13 years older than Saelee.) It’s an advantage. He’s not playing competitive Tetris the way it’s always been played—and it won him the Classic Tetris World Championship held in Portland, Oregon over the weekend.

Saelee defeated seven-time Tetris World Champion Jonas Neubauer with a 3-0 record in the grand finals, coming from behind in the last match to dethrone the Tetris champion. That last match, in particular, wasn’t easy. Neubauer amassed a hardy lead before bowing out; for Saelee to win, he had to come from behind, despite a straight piece drought. And he did.

The Tetris World Championship win is Saelee’s first big victory in the scene—he hasn’t even been playing Tetris for that long. Neubauer was a clear favorite going into the weekend, having won seven out of the eight previous championship events. Before yesterday, Neubauer lost only once at the main event, to Harry Hong, who set Tetris’ first official 999,9999 score in 2009, at the 2014 event.

A win from Saelee is historic. For it, he’s won $1,000. Neubauer took him $500, joking that the event’s after party can’t be held at a bar this year: The champion, of course, needs to be allowed into the venue.

Commentators at the event have been speculating that Saelee’s win could change competitive Tetris. The game’s meta, after all these years, is continuing to evolve, and Saelee’s new legacy is part of that. We very well could see a new contender in next year’s event, and that’s an exciting possibility for a game with over 30 years of history.

Traditionally in esports, games change frequently as developers tweak numbers in search of the perfect game. To keep things interesting. Tetris doesn’t have that: Though the game has seen its varying iterations, those earlier versions, like NES’ Tetris, don’t budge. It’s fascinating to know that, even after more than 30 years of  history, even Tetris will continue to evolve with its players.