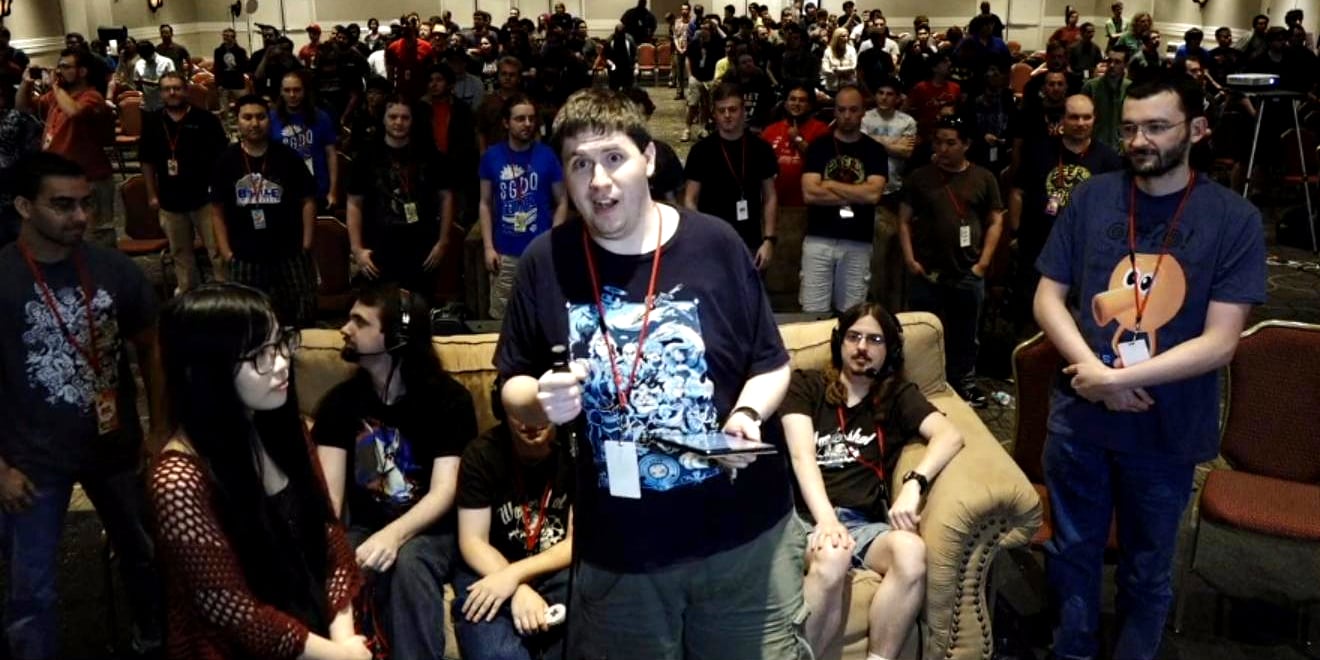 Hundreds of gamers spent last weekend plowing through video games as fast as possible, breaking records, drawing hundreds of thousands of viewers, and raising a staggering amount of money for charity.

By the end of this year’s Summer Games Done Quick event, gamers had raised $1.23 million for Doctors Without Borders, an international humanitarian and aid organization that seeks to provide medical care to areas of the world most in need.

The event, which focuses on gamers pushing through their favorite titles as quickly as possible, featured more than 150 individual runs spread out over the course of seven marathon days of action. More than 100,000 concurrent viewers were regularly tuned in to the primary event stream through the week, with a record 1,200 live attendees watching on site in St. Paul, Minnesota.

The event boasted everything you could hope for in a speedrunning marathon. There were the world-record-beating runs, amazing feats of skill and memorization—like when one player nearly beat The Legend of Zelda without a sword—photo finishes, and at least one gamer going so far off script organizers had to shut off his mic.

But it was all done in the name of charity. And with yet another event under the Games Done Quick banner raising over a million dollars for a good cause, the semiannual marathons have become beacons of goodness in the gaming world.

They also make for some very unique circumstances on popular streaming platform Twitch, as popular games such as League of Legends and Counter-Strike: Global Offensive are overtaken in viewership by titles ranging from Resident Evil 4 to Hello Kitty: Roller Rescue.

It’s representative of something that is wonderfully unique to the world of gaming, and a reminder that for every troll in chat or toxic player in your next solo queue game, there’s someone else willing to donate their hard-earned money to charity in the name of watching people play video games really quickly.