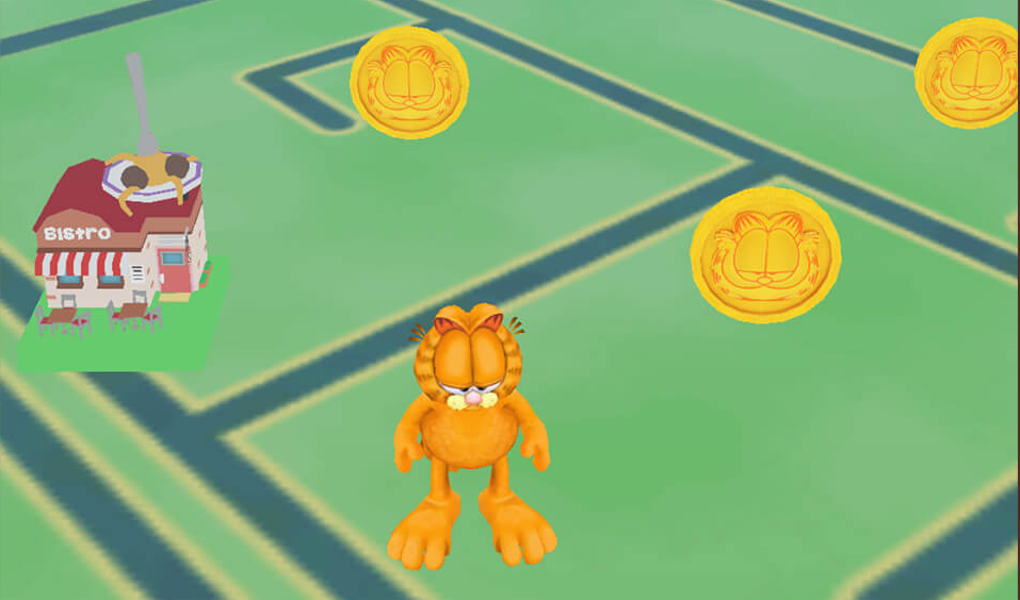 Pokemon GO was a phenomenon when it first came out, spawning countless copycats trying to get a slice of the money the game was making. Now one year on, a new challenger has entered the mix—Garfield.

Released yesterday on the first day of E3, Garfield GO is takes players on an adventure to try and collect Garfield comic books scattered across the globe. The game uses the same augmented reality that Pokemon GO was famous for, letting players see Garfield in real life locations.

The game boasts hundreds of comics to collect. The game will also include cosmetic items to customize your Garfield up in, mini-games, and voice lines by the original voice of Garfield Lorenzo Music.

Players have to try and find treasure chests around the map and toss food into his bowl. By doing this you increase the odds of finding rare items to add to your collection.

The biggest difference between this game and Pokemon GO, however, is the chance to win redeemable money vouchers within treasure chests that can be used at Amazon, Starbucks, and other retailers.

The game is an obvious attempt to cash in on Pokemon GO’s success. But is Garfield really popular enough to compete with the Pokemon series? Do people still care about these augmented reality games, or was it just a fad? Only time will tell.