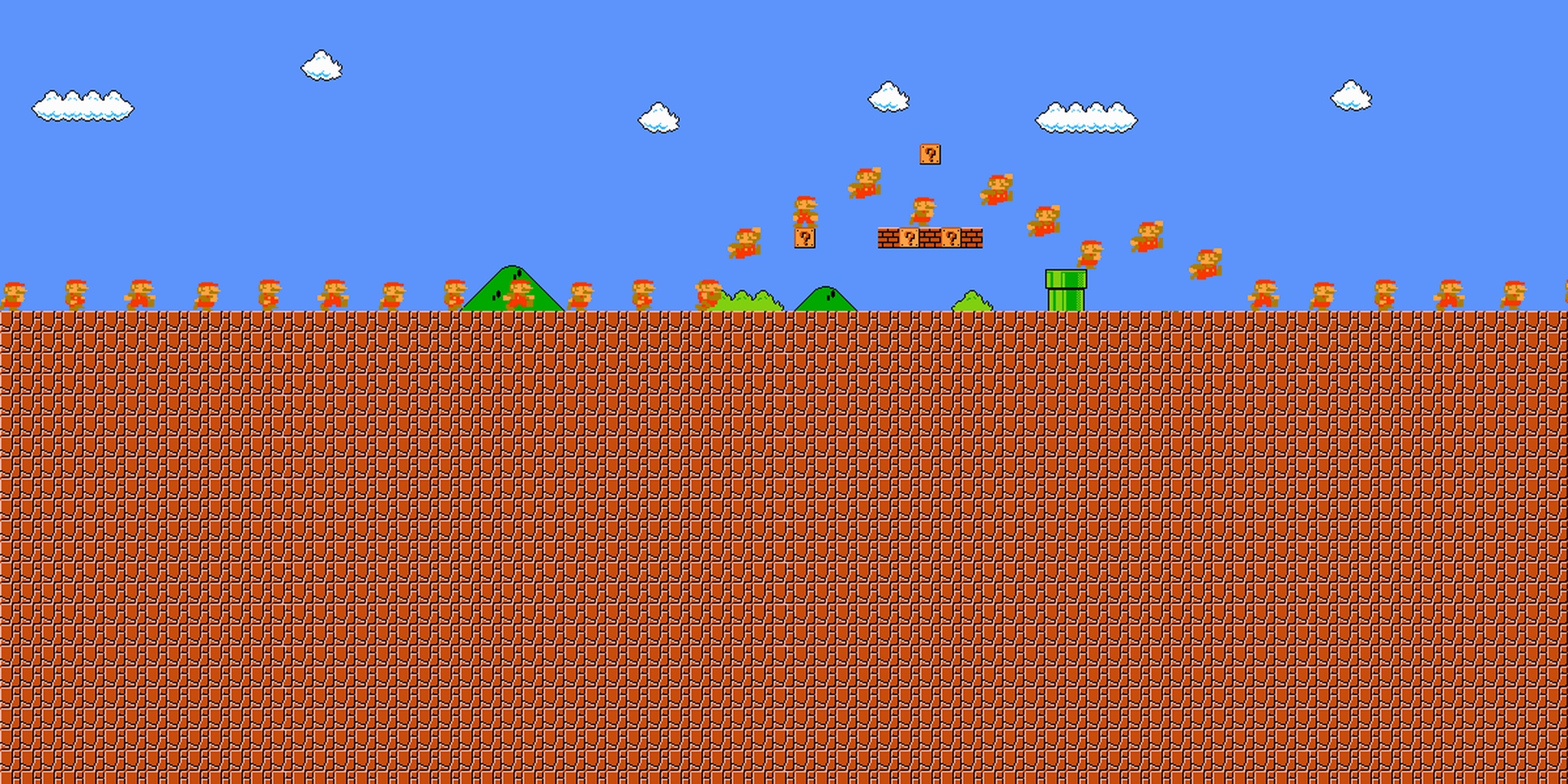 On Monday night, a grown man cried tears of happiness after finishing a game of Sonic.

A 23-year-old Greek who goes by Frokenok had just beaten the speedrun world record for Sonic Generations, a 20th anniversary edition of the legendary Sega franchise. Like a time-trial in Nascar, a speedrun is a race—a solo run through a video game, where contestants chase the best times of their competitors.

Clocking in at 58:41, the Greek beat the previous record by 43 seconds. Frokenok’s own personal best had been 59:25, a single second behind the old world record.

The run didn’t make headlines. Only 120 people witnessed it live while less than 500 have watched it on YouTube. But from the way Frokenok was acting, he could have just won Olympic gold.

“I am so happy,” he said to his viewers through sobs. “I love you all. Thanks for the support. I was searching for this for so long.”

Speedrunning is, of course, a race. The fastest time wins. But there’s much more to it than that.

It’s also a highly choreographed dance. You have to hit the right moves at exactly the right time again and again for hours on end without tiring, without missing a single beat—like Adam Kuczynski did when he set yet another world record earlier this week on Grand Theft Auto 3.

It’s a problem-solving competition. You have to be able to break the game, to find the shortcuts that the designers never meant to exist and that your competitors haven’t yet discovered. That’s what Cosmo Wright did last week when he found a new “super slide” move and set a new world record in Zelda: Ocarina of Time.

It’s also a game of risk and reward, in which you are constantly faced with choices that could save you a single second or cost you 30, like when linkdeadx2 was able to hit every moving platform—each a potential death trap—in Super Mario World and set a world record by a single second last month.

In most competitive gaming, every match has a winner and a loser. In speedrunning, there is only one winner: the world record holder. For top racers, every non-record run is a loss. It’s a sport where heartbreak is the norm.

Speedrunners make runs in classic games like Sonic, Zelda, and Mario every day. Some runners are genuine stars in the gaming world. Wright, the Ocarina of Time record holder and cofounder of Speed Runs Live, set a world record for Zelda: Wind Waker at 4 hours, 31 minutes, 3.94 seconds in front of 15,000 viewers on Tuesday night. The chat room went wild when Cosmo broke the record. It was unreadable for 10 minutes straight as roars of congratulations flew by.

Speedrunning competition has been around since the advent of video games. In 1998, Speed Demos Archive became a hub for hosting speedrun videos. In the last four years, the launch of Speed Runs Live’s slick community website and Twitch.TV’s powerful video-streaming service have led to a huge expansion of the audience and talent pool. There are more people racing today than ever before. What’s more, tens of thousands of people want to watch them race.

At a time when League of Legends games stream to 1.2 million people and events sell out the Staples Center in Los Angeles in an hour, speedrunning can seem as though it pales in comparison to its bigger eSports brothers. The audience numbers are much smaller and the pay is tiny or nonexistent. Still, runners spend hours upon hours training, learning and racing to the end of games to break records and reach for perfection, even if no one is around to see it.

The competition is big and growing fast, however. And it has enormous potential, because it spreads across almost every game ever made. There are virtually no limits to what can be run.

The site Speed Demos Archive hosts a biannual speedrunning marathon for charity that’s popular by any standard. In July 2012, Summer Games Done Quick saw over 50,000 concurrent viewers and raised nearly a half million dollars for charity.

Apart from a select set of stars, many top players compete for hours in front of audiences of less than 50. They form tight-knit friendships as they spend hours watching each other play. It’s in small chat rooms like those on like Twitch.tv that the speedrunning community is growing and talent is found.

Paco’s New York City apartment is decorated with tangles of wires that allow him to stream his speedruns on Twitch. There are piles of law school textbooks worth a few thousand dollars and a collection of New York Mets paraphernalia lying around.

Paco’s just a nickname: He goes by Xpaco5 on Twitch.tv, but his birth certificate lists him as Jesse Rhine. He’s currently the third best runner of Super Mario World, the iconic 1990 Super Nintendo platformer, with a personal record of 1:25:21. I recently visited his home to watch him attempt to break a world record. I ended up watching him play for six hours straight.

Paco started his runs when I arrived at noon. Two hours in, he’d restarted the game a dozen times. There were great runs in there, including “the best starting 12 minutes of my life”, but a single mistake can ruin many runs. The challenge is to string together near-perfect play in each of the game’s stages into a single masterpiece of a run.

In a game that spans well over an hour, the focus is on seconds gained and seconds lost. They add up quickly. To the untrained eye, a player losing his cool—cursing himself and the game—over an error that costs maybe a half second is difficult to understand.

“Saving half seconds on 96 total exits adds up to a lot of time,” he told me. Specifically, it’s a 48-second difference when Paco is a mere 40 seconds off the world record. Suddenly, a half second seems a lot more important.

While a newbie can’t identify all the tricks of the trade, there are some moves everyone can appreciate. When Mario rides Yoshi and forces his way into the walls, when he flies in clouds above a sea of monsters and hits single pixel jump on a moving platform to continue his flight unharmed, or when he moves through a labyrinth dungeon like a shark through open water, it doesn’t take much expertise to get excited about the high level of play you’re watching.

The most important tool of all is the timer. The most popular is a program called WSplit, which makes it visually obvious when a good run is in progress by keep track of records and posting split differentials in bright green (good) or red (bad), alerting everyone to the state of the run in a clear and easy to understand way.

A day after the 96 exit runs, Xpaco5 played a recently invented category called “96 exit, dragon coins and moons,” in which a runner collects all of those items in addition to hitting each exit. The race, which lasts an extra 20 minutes, is young and the competition is relatively small, but Paco currently owns the world record at 1:37:19.

He ran for eight hours to improve his 18-second world record lead.

The big move came six hours into the session after many failed attempts. He built up a huge lead by castle 4 (there’s a castle stage at the end of each world in Super Mario World) and was on pace to beat the world record by almost two minutes before it all fell apart.

Torpedo Teds and Bullet Bills, enemies that might have slightly annoyed you when you played as a kid, are the great nemeses of speedrunners. Generated at random, they can ruin an hours-long run thanks solely to bad luck. That’s what happened to Paco, when he met the wrong end of a Bullet Bill in castle 5.

Eight hours after he sat down to start playing, Paco turned off his Super Nintendo for the night. He sighed.

“You have to report on my failings too?”