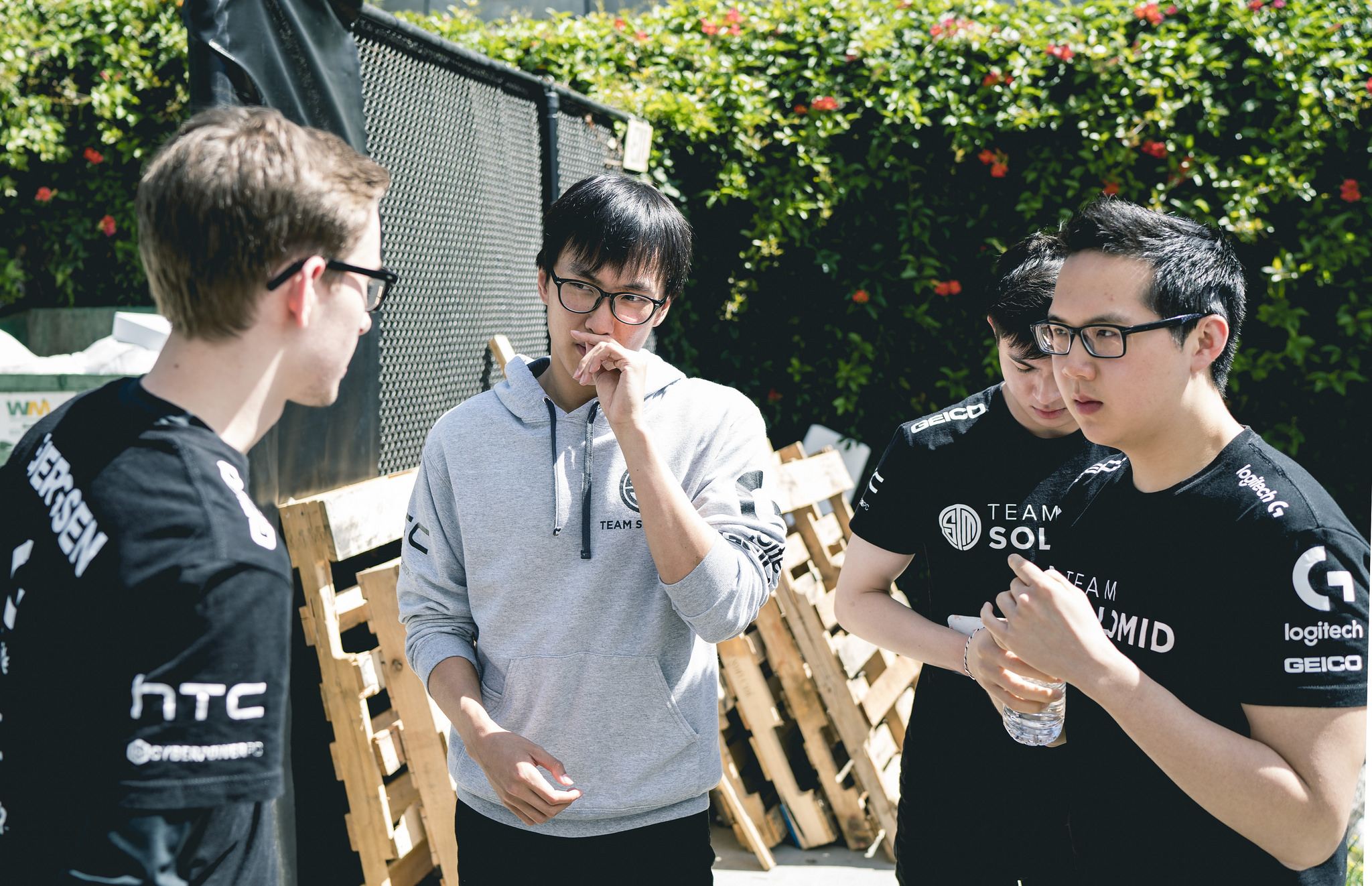 In 2016, esports excitement reached levels. New teams, owners, and organizers poured time and resources into the space. ELEAGUE proved esports could succeed on television, and several celebrities brought mainstream exposure to the scene.

With so many exciting developments in 2016, we were bound to be disappointed by a few. That’s why we decided to reflect on the biggest letdowns of this past year. From super teams, to less-than-super tournaments, to transfer mishaps, let’s remember the times others want us all to forget. How else will we learn from our mistakes?

MSI’s Overwatch Masters Gaming Arena 2016 Championship pegged itself as an opportunity for top teams from around the world to compete in front of a London audience for a $75,000 prize pool. Instead, blunders in production and preparation marred the two-day tournament, which included Fnatic, KongDoo Panthera, Rise Nation, and Ninjas in Pyjamas.

The first day was scrapped entirely due to “technical issues that were out of our control and which are unprecedented,” tournament partner Gfinity said in a statement released after the event. The organizers were hesitant to switch from the MSI laptops, which were untested prototypes, according to players. After one broadcasted match, technical difficulties finally suspended the event indefinitely, putting an end to a logistical nightmare Rise Nation DPS player Nathan “xRetzi” Telen called, “the worst LAN in [the] history of Overwatch.”

YellOwStaR and the TSM super team

After Fnatic’s quarterfinals run at the League of Legends World Championships, Bora “YellOwStaR” Kim’s stock had never been higher.

While CLG performed well at the Mid-Season Invitational, TSM’s lineup was miles behind its long-time rival. TSM replaced YellOwStaR with Vincent “Biofrost” Wang and went on a dominant domestic run toward an LCS Finals victory. YellOwStaR returned to Fnatic for the Summer Split, and the team’s lack of success led him to take a management role at Paris Saint-Germain eSports.

While Fnatic wasn’t the dominant force in Counter-Strike: Global Offensive it was in 2015, the Swedish shuffle of Jesper “JW” Wecksell, Robin “flusha” Rönnquist, and Freddy “KRIMZ” Johansson to the player-owned Godsent organization caused threw the Counter-Strike community for a loop.

Despite the stir surrounding the move, neither team accomplished much of anything in the months since. It went so poorly, in fact, Godsent sent back KRIMZ for Lekr0, which returned the qualification to Fnatic. The loss of a legendary lineup was highlighted by the mediocrity it spawned. It does take time for squads to gel, so perhaps one of the squads will find its footing in the coming months. Godsent found a way through the ELEAGUE Major Qualifiers, which could set up an interesting rivalry for the ELEAGUE audience.

Fnatic might have needed a change, but this move backfired far worse than they could have even imagined.

Jang “MaRin”Gyeong-hwan went from the 2015 League of Legends World Championships MVP to a relative outsider in a matter of months.

MaRin isn’t the only top player to leave South Korea for a paycheck and lose all relevance. But joining LGD seemed like a perfect fit for the defending LPL Summer Champions. With MaRin, LGD fielded two former-world champions, but none of the pieces ever fit together. MaRin was outshined by lesser talents, and LGD failed to make any noise, outside of a few short-lived domestic runs. For the top free-agent signing of 2015, MaRin’s relevance tanked worse than LGD at Season 5 Worlds.

After a disappointing year, MaRin returned to Korea and joined the Afreeca Freecs. It remains to be seen if MaRin can reach his all-star form of old.

Rick Fox became an esports darling. The Echo Fox founder was a lightning rod for mainstream support toward the greater esports scene.

His League team was a likeable band of misfits led by all-time great Henrik “Froggen” Hansen. Although Echo Fox placed seventh in the LCS Spring Split, most of its losses came after visa issues affected key players, especially Froggen and Park “kfo” Jeong-hun.

With the full lineup, Echo Fox avoided relegation and appeared poised for more success in the Summer Split. Instead, they drudged through the split with an abysmal 1-17 record in regular season play. If it wasn’t for Riot’s updated promotion system, Echo Fox would’ve been automatically relegated. They bounced back in the Promotion Tournament, sweeping NRG to guarantee a spot in the 2017 season. But that doesn’t excuse the embarrassing play throughout the Summer Split.

Dota 2’s Shanghai Major was an absolute nightmare from start to finish.

Day one began with major delays and a cancelled opening ceremony, followed by an unwatchable stream littered with major cuts and lagged-out audio. Staff and VIPs tweeted out horror stories all day, as it became clear that many of the facilities were far from acceptable. Valve CEO Gabe Newell capped off the group stage on Reddit, when he discussed the firing of desk host James ‘2GD’ Harding—who Newell referred to as “an ass”—and the original production company Perfect World.

Although the event improved, several teams were greeted the morning after with broken-down practice rooms and stolen equipment and personal belongings. The players received no warning, as Tweets documenting missing belongings flooded the Dota 2 subreddit. The hotel reportedly agreed to cover the damages, but it was tough for players to remember everything missing. This, like many of the Shanghai Major’s mishaps, was beyond imagination, and it was a fitting way to cap off a disastrous event.

NRG Esports invests in League of Legends and Counter-Strike

NRG Esports entered the competitive scene as one of the first in a wave of NBA owners investing in competitive gaming projects. Sacramento Kings co-owners Andy Miller and Mark Mastrov purchased an LCS slot and brought on talented Koreans Jung “Impact” Eon-yeong and Lee “GBM” Chang-seok. NRG also brought on Shaquille O’Neil, Alex Rodriguez, and Jimmy Rollins in later investment waves, and the brand expanded into esports like Overwatch, Counter-Strike, and Super Smash Bros. for Wii U.

Aside from Nairoby “Nairo” Quezada in Smash, every NRG squad in a major title underperformed to varying degrees. The League of Legends team made the Spring Split playoffs, but it lost its star top-laner to Cloud9, while questionable replacements like Alan “KiWiKiD” Nguyen relegated NRG’s hopes for a North American dynasty.

NRG’s Counter-Strike side underwent several changes amidst mediocre performances. Compared to its venture capital rival Immortals, NRG stagnated toward mediocrity this year. Still, NRG does have deep-pocketed investors, like O’Neil, who provided solid promotional content. With a popular Overwatch team and plenty of cash to spend, there’s plenty of room for improvement in 2017.

Team Ember entered competitive League of Legends on a wave of bold declarations and sharp critiques of the scene’s establishment. They championed slogans like “Better humans become better athletes” and even caused a stir by releasing their player’s salaries—which were far above the market rates, according to sources.

Ember competed in the North American Challenger Series and brought on Weldon Green to coach the team and lead an Ember Academy that never materialized. Ember also bought Lucas “Santorin” Larsen’s contract from Team Huma and agreed to pay him a base salary of $80,000, with an extra $20,000 available as bonuses.

Given the noise surrounding the team, its failure to qualify for the Promotion Tournament was a fatal blow to public perception. The team’s wealthy investors backed out, and all of Team Ember vanished in a matter of weeks.