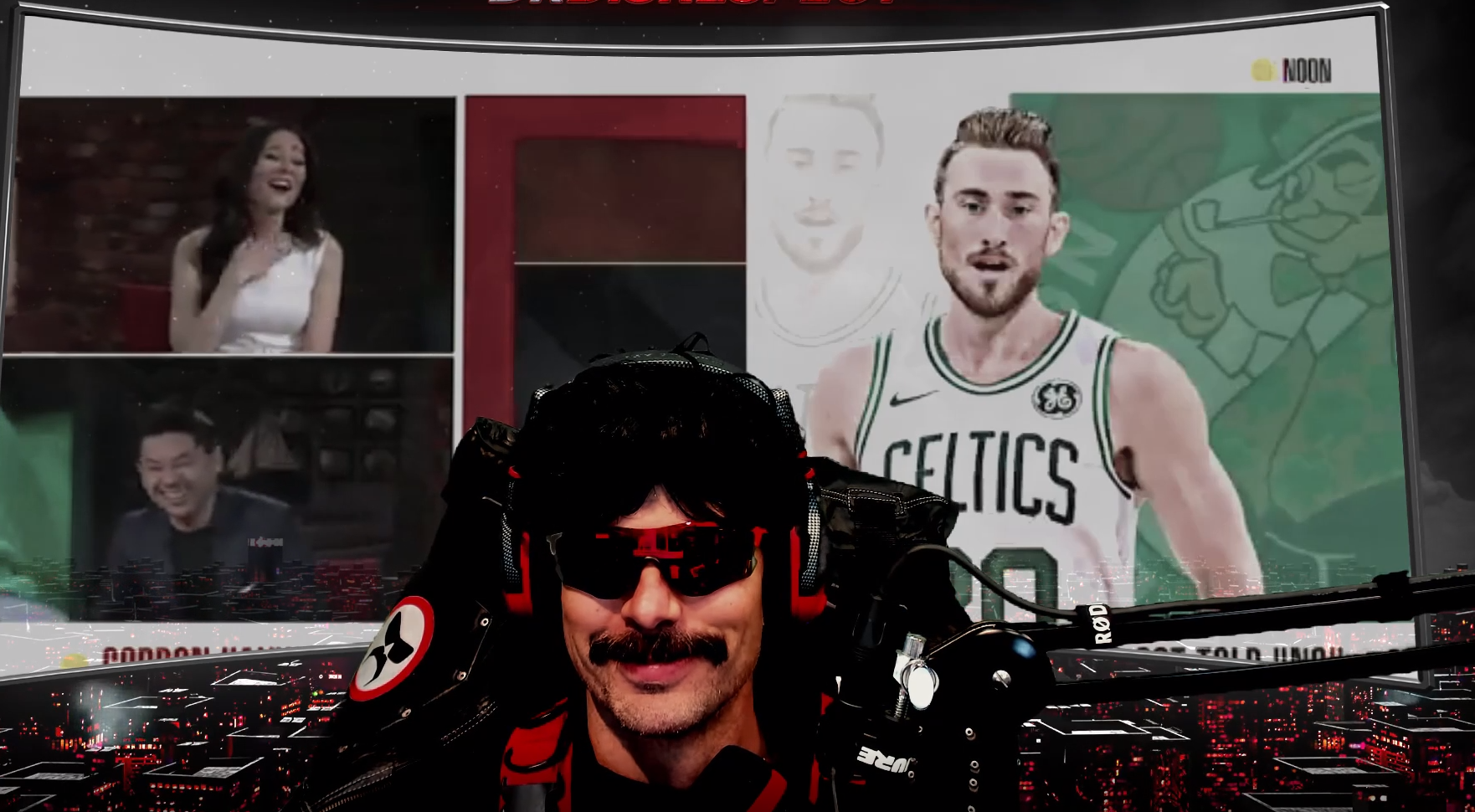 A viral clip of NBA player Gordon Hayward being booted off of Guy “Dr Disrespect” Beahm’s stream by his wife was featured on ESPN’s High Noonon Wednesday.

While playing Apex Legends with Dr Disrespect on Monday, Hayward can be overheard asking his wife, Robyn Hayward, for more gaming time. Robyn says no, prompting Gordon to say goodbye to “The Doc,” and sign off for the night.

Just as Gordon is about to log off, Robyn can be heard jokingly saying, “I’m watching you play video games. How pathetic is my life?”

The Twitch clip has amassed over 300,000 views in three days and made its way onto High Noon, a talk show normally hosted by Pablo Torre and Bomani Jones. Writer Mina Kimes filled in for Jones during this broadcast.

“I’m inclined to say yes, but I also grew up with an older brother who let me play 10 minutes of Golden Eye for every two hours he got to play, so I am used to this sacrifice,” Kimes said.

Dr Disrespect played the clip on stream Thursday for all his viewers to see, smirking as the audio of Robyn’s denial played.

Robyn received some negative feedback after cutting off Gordon’s stream, particularly for her “pathetic” comment. She posted a response on her Instagram story which was archived and uploaded to Youtube.

Gordon currently plays for the Boston Celtics and started streaming on Twitch during his rehabilitation following a gruesome ankle injury in the 2017 season opener.

He’s also one of the biggest proponents for esports in American professional sports. Gordon has considered investing in esports on several different occasions and told ESPN’s Jacob Wolf in an interview last year that he’s “almost pulled the trigger three or four times,” on owning a team.

Gordon signed an headset endorsement deal with HyperX in 2017, making him the first NBA player to close such a partnership with an esports brand. HyperX branding can be found on Gordon’s Twitch channel.

In 2015, Gordon accepted a challenge from sports talk icon and esports skeptic Colin Cowherd to come on Fox Sports 1’s The Herd to explain how the industry is legitimate and why the players should be respected. This was in response to Cowherd mocking esports athletes by calling them “nerds,” and “sensitive,” and refusing to apologize in the following days.

Assuming Robyn lets him back on the PC, you can watch Gordon’s Twitch channel here.