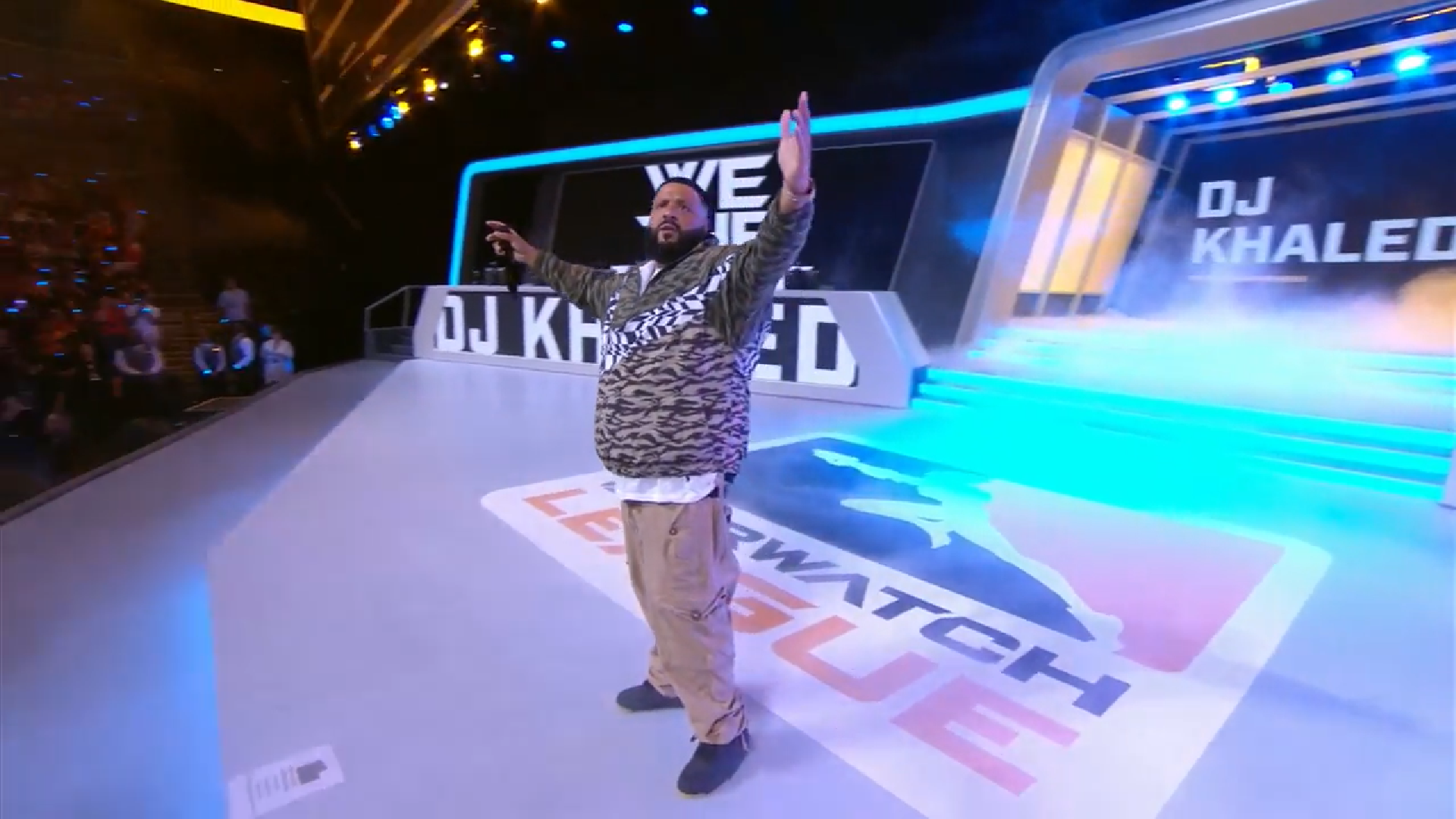 Unfortunately for DJ Khaled, it wasn’t the cringiest moment in his Overwatch League performance—though his inability to connect with the crowd might not have been entirely his fault. Throughout esports’ lifespan, tournament organizers have been trying to make music performances happen. More often than not, it doesn’t work. Reasons vary—bad timing, uninterested crowd, an act that doesn’t appeal to the audience. DJ Khaled’s performance was a mixture of those. DJ Khaled is a relatively big name to get—he is on tour with Beyonce and Jay Z, after all—but he’s not someone the esports crowd really cares about. (Even esports-friendly acts flop, too, though.)

DJ Khaled played songs that hyped up the crowd, like “Wild Thoughts” and Cardi B’s “Bodak Yellow,” but kept doing this thing where he dropped the music out to get fans to sing along—often at the worst times. The audience was most hype when “Bodak Yellow” came on, but DJ Khaled cut the beat after the first few lines, the ones everyone knows.

The crowd started fumbling right after the lyrics “these is bloody shoes,” and DJ Khaled never brought back the beat. Nearly the entire crowd erupted into awkward laughter as DJ Khaled conducted the mumbling mess.

The Overwatch League grand finals crowd might not be the target audience for DJ Khaled, which isn’t really his fault. But he made things a lot worse by performing like he was in front of a crowd specifically interested in seeing him play. The music cuts met with silence made that clear.

DJ Khaled isn’t the only performer to fall to the esports performance curse. He’s just the latest in a legacy of bad performances kicked off by 30 Seconds to Mars at the World Series of Video Games in 2006. (It wasn’t the first bad esports performance, but one of the biggest names at the time.) Headed up by actor Jared Leto, 30 Seconds to Mars performed “A Beautiful Lie” at the WSVG 2006 event in Louisville, Kentucky to an uninterested crowd.

Related: DJ Khaled will perform at the Overwatch League finals

The problem wasn’t necessarily Leto and 30 Seconds to Mars, but that they were filling time between what fans were really there for—Counter-Strike and Quake 4.

The legacy continued at DreamHack Winter’s StarCraft II event in 2013 with Darude and his infamous “Sandstorm.” The song’s been a meme in the esports community for a while, but will live forever in infamy thanks to the producer’s appearance at DreamHack Winter 2013.

After a near two-minute walk to the stage, Darude pushed a button to start “Sandstorm” and strolled around the arena awkwardly. The crowd just sat there. He eventually came back to the DJ setup and fiddled with some knobs for a grueling six minutes before abandoning the stage.

Valve must have forgotten what it’s like when a producer performs at an esports event. It hired Deadmau5 to do a surprise set at Seattle’s Key Arena for Dota 2’s The International in 2015, one that cut into Evil Geniuses’ already awkward championship ceremony. The light went dark on the players everyone in the arena was there to see, and Deadmau5 arrived.

The crowd looked on in confusion as Deadmau5 gyrated behind the DJ booth. Like the performances before it, it’ll live on forever as a reminder of what not to do when booking artists for esports tournaments. But it’ll continue to be ignored, which is how we’ve landed on DJ Khaled’s appearance at the Overwatch League finals.

Someone has to start saying no to esports executives booking musical guests—or at least choose someone that fits the crowd.