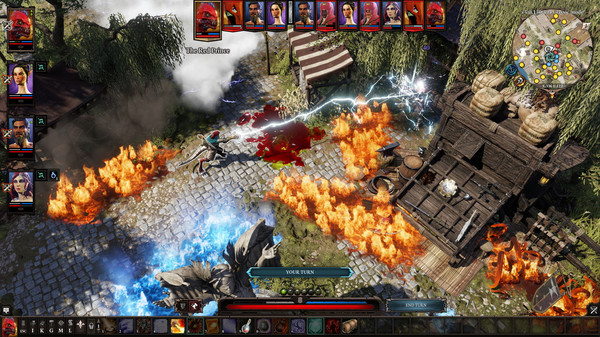 Divinity: Original Sin 2 is a massive game. You could spend an hour or so in the character creator alone deciding how you want your avatar to look. That’s why it’s such a mind-boggling feat that someone completed the game in 37 minutes.

Speedrunner Onin recorded his playthrough to show off his accomplishment, which doesn’t even sound possible until you see his methods. The RPG, which hasn’t even been out for a month yet, folds to his usage of exploits and strategic deployment of skills.

Onin decided to play as the undead Fane to pull off this feat, settling on Fane’s Play Dead ability to easily speed through fights and use waypoints to move away from them in the blink of an eye. Using the Lone Wolf playstyle, he incorporates slick moves without having additional companions in the party. He’s able to do things then that he wouldn’t be able to if he had party members around, according to Eurogamer.

He also relies on abilities like Cloak and Dagger to keep himself hidden while teleporting with another skill called Tactical Retreat. Onin can essentially come and go as he pleases in this manner, skipping past otherwise inaccessible areas with the greatest of ease. By cutting corners in this way, it’s clear that Onin isn’t playing a “real” run-through with Divinity: Original Sin 2 here, but it’s still extremely impressive that he could pull this off.

Onin previously completed a run in 48:25 three days ago. But yesterday, he shaved his time down to the respectable 37:48 seen in the video above.

Divinity: Original Sin 2 launched on Sept. 14 for PC, so it’s available now if you want to test your might against an obviously challenging game.