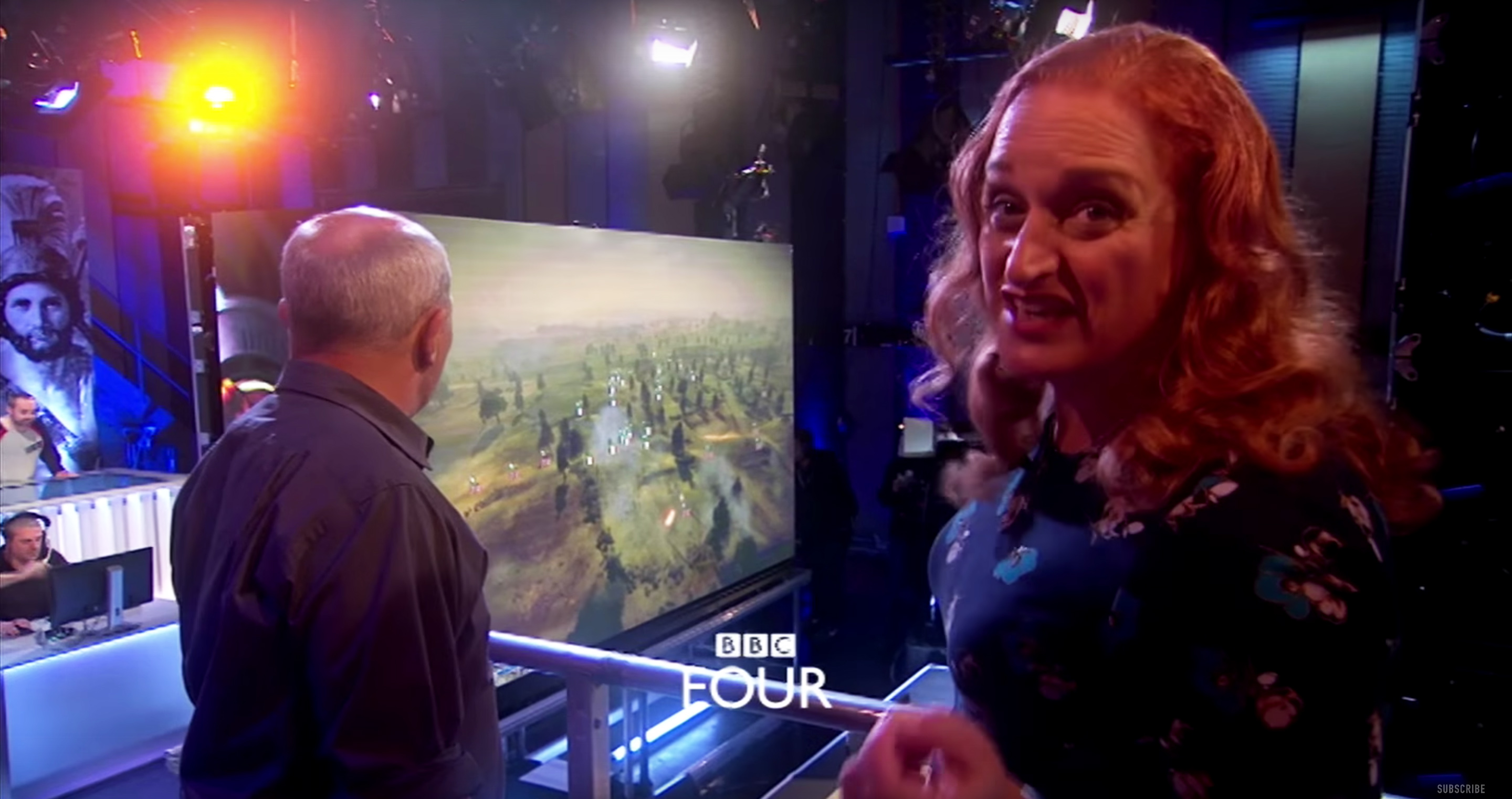 Time Commanders, the BBC’s virtual historical battle reenactment show, has re-appeared on British screens—and you might just get away with calling it esports.

The show, which aired in 2003 and 2005, sees two teams play as either side of a historical battle. These battles are played out using a custom engine created by Total War developers Creative Assembly.

The original seasons featured just one team, playing as the historical losing side and trying to change events as they happened. Being the underdogs meant the first incarnation was fiendishly hard, and teams lost more often than not.

The series even gave some people their television debut. Star of The Affair and Luther Ruth Wilson appeared on the show as part of a team of drama students.

Now with two teams of real people competing, it looks more like competitive video games than ever before. Even though it’s a pseudo-history lesson and trying to be educational, at the end of the day the six players are controlling a video game and trying to win.

In the first episode, a team of Scottish professional wrestlers attempted to reverse history in the Battle of Zama and lead Hannibal to victory against the Romans. The victorious Roman army was controlled by some public schoolboys, their defining characteristic was that they were historical board game enthusiasts.

Despite promising signs in the skirmishes, the wrestlers wasted their elephants early on in the battle itself and were overwhelmed by the might of the Romans. But the result was far closer than the real battle, where 60,000 Carthaginians died compared to just 1,200 Romans.

The show tries to be as educational and high brow as possible, it is on the BBC’s most refined channel—BBC Four—after all. But if you love Total War, Age of Empires or any other strategy game you’re probably going to be drawn into the drama of the game itself and forget the history.

The series has only returned for three episodes, so enjoy it while it lasts.